“Walsh has scored, Leicester City are in dreamland now. That might be the goal, that finally takes them to heaven, because heaven is what these fans will regard the Premiership as. Brian Little’s team thanks to the inspirational Steve Walsh, might just have made it at the third attempt.”

The words of ITV’s commentator Alan Parry still send shivers down the spine as Steve Walsh finally brings an end to Leicester’s losing run at Wembley stadium at the seventh attempt. Most fans will have forgotten that despite his comeback from injury and two goals, the inspirational centre-half turned centre-forward wasn’t chosen as ‘man of the match’ by Parry’s co-commentator Kevin Keegan. 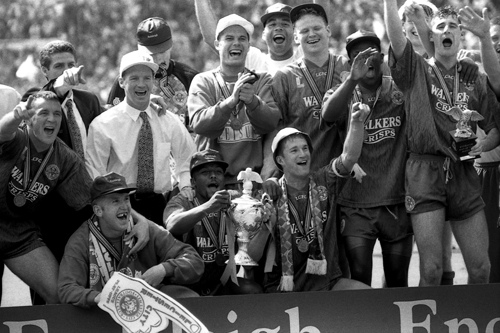 That man was centre-half Jimmy Willis who truly was the ‘hero who came in from the cold’, Jimmy retired from the game following ‘The Foxes’ play-off final victory over Crystal Palace two years later and went ‘on the record’ for the first time to David Wainwright about his ‘rollercoaster’ Leicester City career as we approach 25 years since ‘The Silence of the Rams’.

Jimmy found life difficult at Filbert Street after following Foxes manager Brian Little down to the East Midlands from Darlington: “I signed for Leicester at the back end of 1991 for £250,000 which was big money for Leicester at the time. But I wasn’t really fit to play, in fact I should have failed the medical, but Brian [Little] was desperate to sign me.

“Coming into spring, the team had been doing well, but we’d lost a few and there was a breaking point when we lost to Watford 2-1, I misplaced a header, they scored and the crowd turned on me after that.” 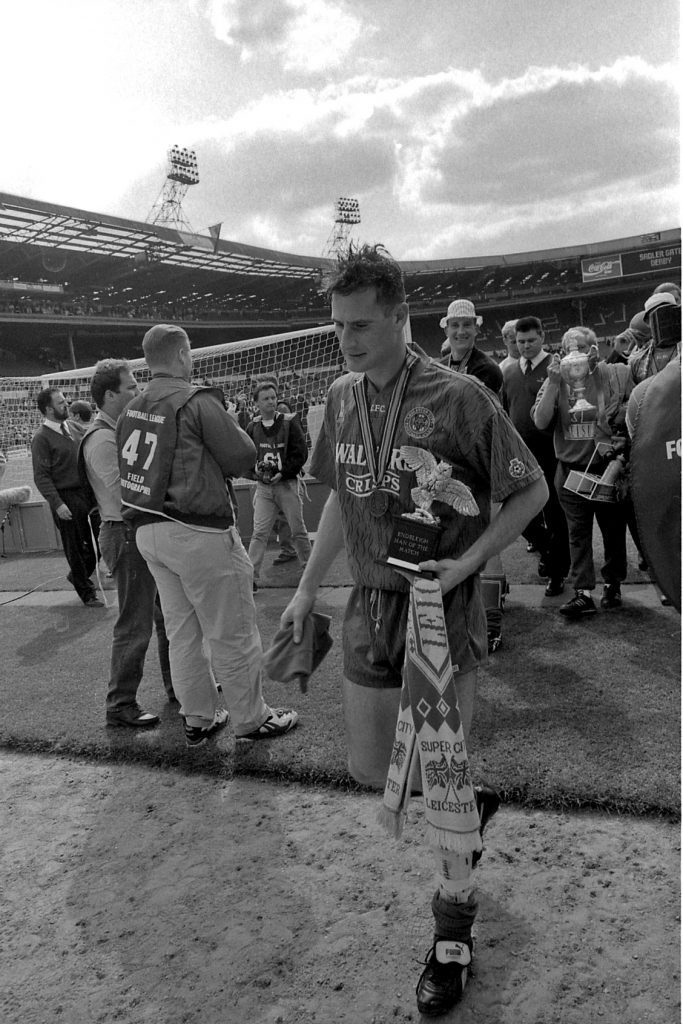 Leicester manager Little who was upset at the crowd turning on Jimmy, sent the defender out on loan to Bradford City for the rest of the 1991/92 season to regain his confidence. During the Summer of 1992 the club’s fitness physio discovered Jimmy had ruptured his thigh muscle which led to a number of operations, the discovery of a tennis ball sized lump of scar tissue and the injured leg shrinking by about twenty-five percent.

Moving forward to the back end of the 93/94, Little recalled a now fit Jimmy back into the Leicester first team for a crunch clash with Watford at Vicarage Road. This was off of back to back 4-1 and 3-0 defeats to play-off chasing rivals Notts County and Portsmouth. The manager knew he had to do something to boost ‘The Foxes’ faltering promotion push:

“We played five at the back and I played well, even though we only drew one-all. I was sat there absolutely shattered after so long out with my socks round my ankles. I turned around to Brian and said, ‘I’ve got a feeling were going to end up getting promoted this season,’ and we ended up going unbeaten all the way to Wembley.”

Leicester went on a nine-game unbeaten run in the league, eventually finishing in fourth place and a play-off semi-final with Tranmere Rovers. The Foxes booking their trip to Wembley with a 3-2 aggregate victory over the men from the Wirral.