SINGER-SONGWRITER MAHALIA BURKMAR HAS THE WORLD AT HER FEET; SHE’S ALREADY WORKED WITH A STRING OF REPUTABLE MUSICIANS AND PERFORMED AT GIGS ACROSS THE COUNTRY. THE RISING STAR SPEAKS TO JESSICA CHALLONER-STERLAND ABOUT HER INCREDIBLE EXPERIENCES AND JOURNEY AS A SIGNED ARTIST.

For most, turning 18 is a huge milestone, there’s a new chapter of experiences just waiting to be explored, whether it’s going off to university, travelling the world or the beginnings of a career. For Mahalia Burkmar her journey into adulthood has been a little less conventional. Very few can say they signed a record deal at the age of 13, supported the likes of Ed Sheeran, Emeli Sande and Tom Odell, and performed at endless festivals around the country including Britain’s favourite, Glastonbury. Mahalia’s notable talent of raw and soulful vocals, combined with real and honest song-writing have grabbed the attention of many, and what’s remarkable, is it’s just the beginning…

Professional, grounded and honest are three words that came to mind during the first ten minutes of meeting Mahalia. Having travelled and performed at various festivals over the weekend before our Monday morning interview, and feeling slightly under the weather, her bubbly and friendly personality didn’t fail to shine through. 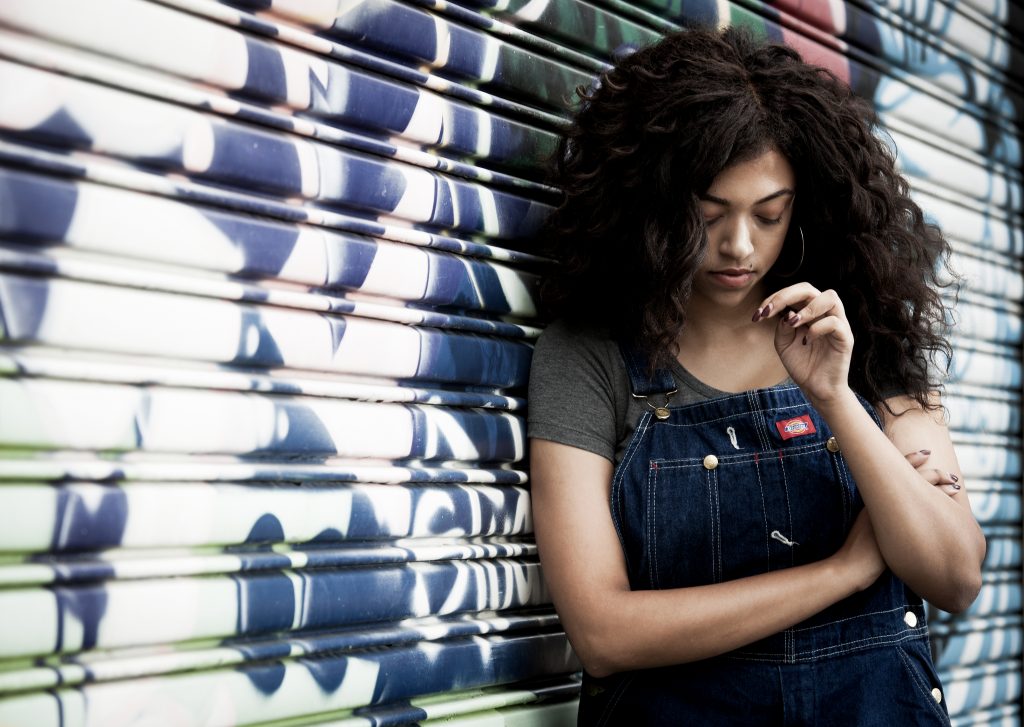 Following a surprisingly quick photoshoot and coffee in hand, Mahalia took us back to where her love of music started: “My whole family have always been into music. Both my parents are singers and write songs. My dad was a session singer when he was younger and my mum was in a band called Colour Box in the 80’s.” Born into a tight knit family in Leicester who all have a passion for the arts, Mahalia had inherited components of her family’s creative flair. She recalls going along to her parent’s performances and laughs back at her 5 year old self singing along to all of their songs: “I just think if I hadn’t done that, I maybe wouldn’t have wanted to sing. I was exposed to gigs and that loud sound from a young age.”

Both Drama and Music were unsurprisingly Mahalia’s favourite subjects whilst studying at The Roundhill Academy in Thurmaston. With the support of her family and teachers, and after writing a song for a school competition at the age of 11 and winning, Mahalia’s parents encouraged her to take up guitar and piano lessons. Before she knew it, she was performing at open-mic nights and gigs around the city.

At the age of 12, Mahalia had a dream like any young girl her age, which was to meet her celebrity idol: “At the time I was into Ed Sheeran and I wanted to be just like him. I remember telling my mum that I really wanted to meet him, just to shake his hand and tell him that he’s amazing.” Supporting her daughter’s wishes, Mahalia’s mum took her to a couple of Ed’s gigs and during this time had organised for her to meet and write with singer-songwriter, Amy Wadge who had written a song on Ed’s Album. Soon after, Amy took the young songstress on a surprise trip to meet Ed Sheeran after a show in Wolverhampton: “I just remember being so silent, I didn’t know what to say. He’d already had an email about me and had tweeted; ‘check out this 13 year old girl.’ The next thing I knew, I had interest from labels and I just couldn’t believe what was happening.” Soon after her unbelievable meeting, Mahalia took up the amazing offer to sign with Asylum Records. 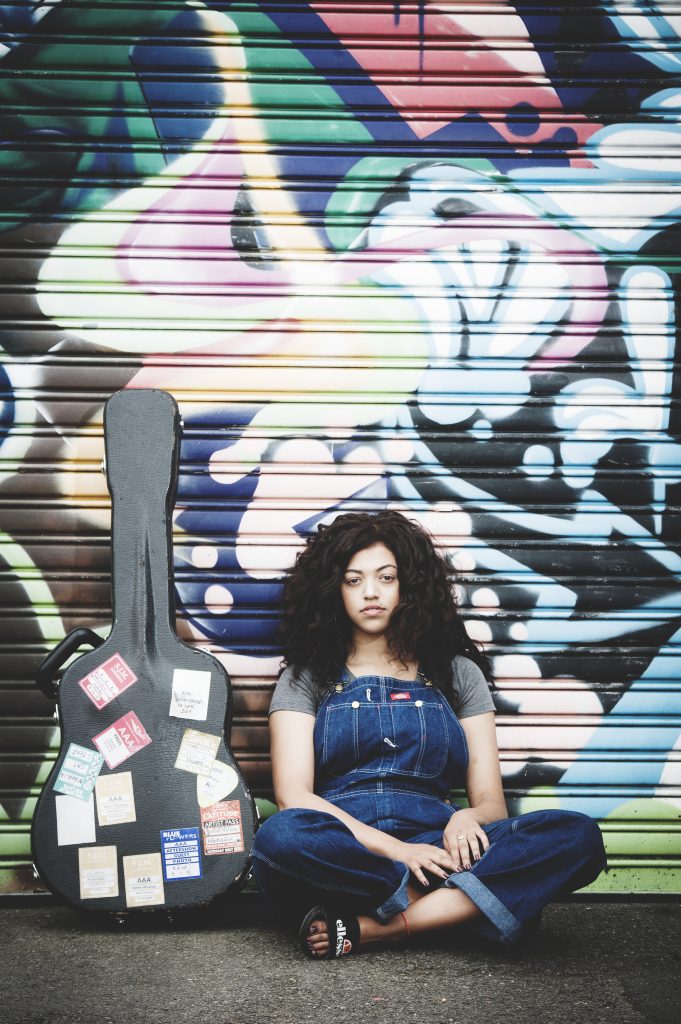 But her decision to sign with the label didn’t distract her attention away from education, as she still focused hard on her studies at Birmingham Ormiston Academy, where she completed her GCSE’s and a BTEC.

Honesty is at the heart of Mahalia’s song-writing, taking inspiration from both real and relatable scenarios: “I think if people thought that I was lying in my music or not being truthful, then I think that would be quite a blow, because that’s something I’ve always worked hard to achieve.” Having already released two beautifully soulful EP’s, Headspace and Never Change, Mahalia explains the inspiration behind the song ‘Up’:“It was written with my music teacher and that was just about feeling beautiful. That was important to me because I’m at this age, and I’m in a generation that is so good a picking out the wrong in themselves, I do it all the time and I just think that was an important thing to write about.”

Performing at a long list of desirable locations from the Royal Albert Hall to the fields of Glastonbury, the singer shares the comparison: “Performing at festivals are really different to other venues because people don’t have to stand and watch you, they can walk off and go watch something else. I think it’s a real test of you as an artist and performer. You have to think, how can I hold this crowd here for 45 minutes in a muddy field? But festivals are amazing, especially when the sun is shining.” Since turning 18 back in May, Mahalia made the inevitable decision to move away to the bustling city of London, and having moved from Leicester to Birmingham with her parents at the age of 14, she shares how it feels to return back to hometown: “I love Leicester and its nice seeing people you haven’t seen in ages. This city especially has a feeling of our own, and it’s great to be able to come back and feel like I’m theirs.” 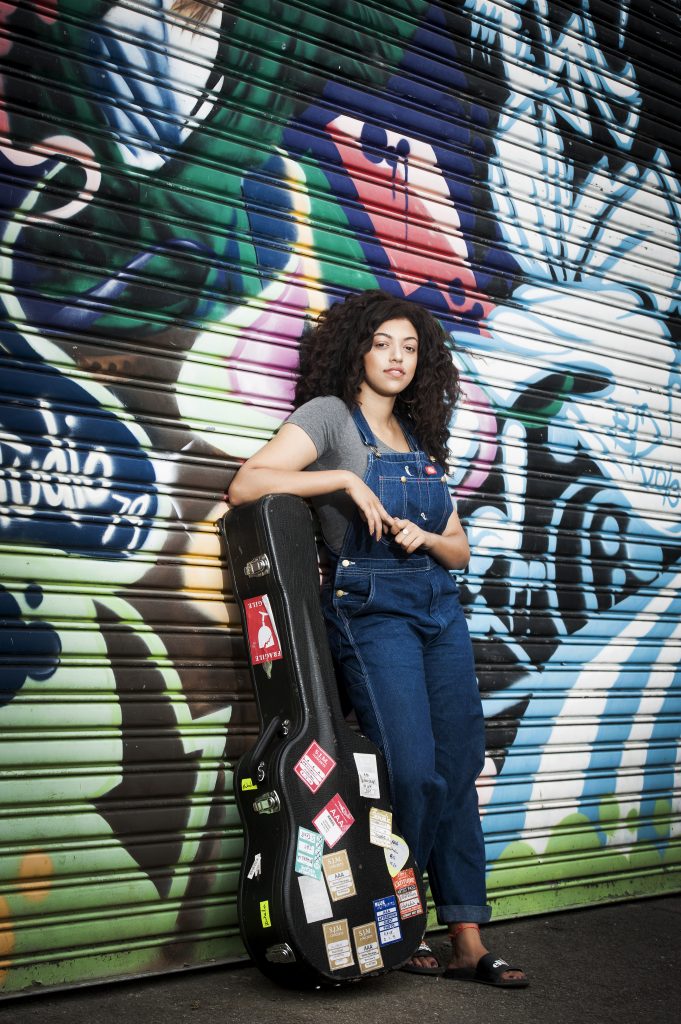 Over the past five years Mahalia has opened up gigs and has collaborated with a long list of amazing artists, but this hasn’t seemed to have fazed her in the slightest, she just calmly takes it into her stride, even when asked about her remarkable collaboration with Rudimental on their title track, We the Generation: “I was 16 when I went into the studio with them to write some songs for their second album, I never thought that I would get the title track and a video. The video was incredible to shoot and so hilarious, we were in this tiny corner shop, just lots of people making music. It was one of the best experiences; they’re really great guys.”

Capturing the hearts of so many with her music, the singer now has over 6k followers on Twitter and over 4k on Instagram, but how does she feel about all the attention?: “I just think that it’s so important to remember all of the great things that are said, rather than the negative. It feels incredible when people come up to me and say nice things.”

With acting still a keen past-time, last August saw Mahalia’s acting debut in the release of Brotherhood, the anticipated finale to Noel Clarke’s Kidulthood trilogy: “I had a meeting with Jason Maza, the Acting Producer and Noel Clarke who is the acting director initially about music. Jason had heard my tracks and wanted me to do something for the film, which I did. Then, surprisingly they mentioned that they had a part, and if I wanted it, it could be mine.” Mahalia wrote the track ‘17’ for the film and plays the character of 16 year old Thea, whose father is killed in the first film. Re-discovering her love for acting, Mahalia is keeping her options open: “I’d actually forgotten how much I love to act, and I’m in a few discussions at the minute about it”

The 18 year old has had a remarkable year so far; with a UK tour supporting Ady Suleiman this October and an album release in the pipeline, Mahalia is certainly one to watch out for!