Venice is undeniably one of Italy’s finest and intriguing cities, one that has captivated visitors for decades. This floating haven is the capital of northern Italy’s Veneto region, and consists of 118 small islands that are divided by canals, and re-connected by over 400 bridges. Like stepping into an oil painting, Venice boasts picturesque scenery at every turn, with beautiful, architectural structures reflecting centuries of history.

Allow chance to guide you around this fascinating city and Wander aimlessly through a labyrinth of stone that has developed over more than a thousand years. Discover the six, central sestieri (districts) of San Marco, San Polo, Cannaregio, Castello, Dorsoduro and Santa Croce that make up the Old City- each representing an individual flair. Rest assured, if you’re feeling well and truly lost, keep an eye out for the yellow signs on one of the next building corners pointing to ‘San Marco,’ ‘Rialto’ or the ‘Ferrovia’ (railway station). 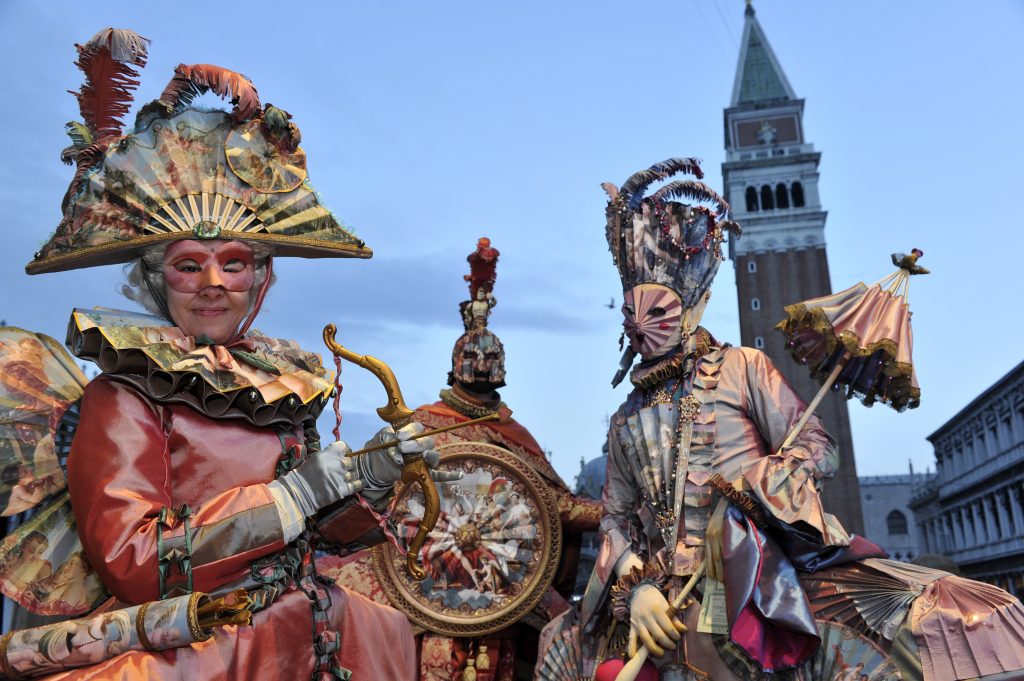 Aside from walking the most convenient way of getting around is by vaporetto (water bus), with 20 lines serving on the Grand Canal, it also connects the old city with the Lido, its mainland, as well as the Lagoon Islands. Reasonably priced single and day tickets can be purchased from ACTV machines and authorised retailers.

Take a stroll over the famous Rialto Bridge which connects the sestiere of San Polo to San Maro. Spanning across the Grand Canal, the Rialto is Venice’s oldest and most photographed bridge. Opening back in 1591, it was the only way to get across the canal on foot for almost 300 years.

As cliché as it may be, no trip to Venice is complete without a Gondola ride. It was estimated that 10,000 of these flat-bottomed boats were in operation during the 16th century, and around 400 are still active today. Take a tranquil cruise around on the lagoon and get your very own personal tour of the hidden back alleys. Official rates for up to six people start at €80 for 30 minutes and can creep up to €100 after 7pm.

Explore the Piazza’s remarkable centre piece, the Basilica Di San Marco. This stunning church with its five domes and ornately decorated windows and arches are almost 1000 years old. Inside, appreciate the detail of the mosaics that illustrate scenes from the old and new testaments. Don’t pass up the opportunity to visit the upstairs museum, at a cost of €5, this pass allows you to view more of the church’s historical artifacts and enables access to its terrace, which boasts incredible views of the Piazza and lagoon.

Beside the Basilica Di San Marco, lies the equally remarkable Palazzo Ducale. It was once home to great political power and former residence of the Doge. Admire the architectural detail of this gothic-structured palace. Marvel at the paintings created by Tintoretto, Titian and Paolo Veronese- the greatest Italian painters of the 16th century.

Even in the colder months, Venice still holds a special charm and although January is the quietest time to visit, the city comes alive again during the two weeks before lent. Witness Venice turn into a fairy-tale for the world famous Carnival. Revived in 1979, People dressed in masks and opulent costumes parade the streets and squares. Throughout February, the city hosts an array of events to mark the occasion, from pub crawls to concerts and masquerade balls. 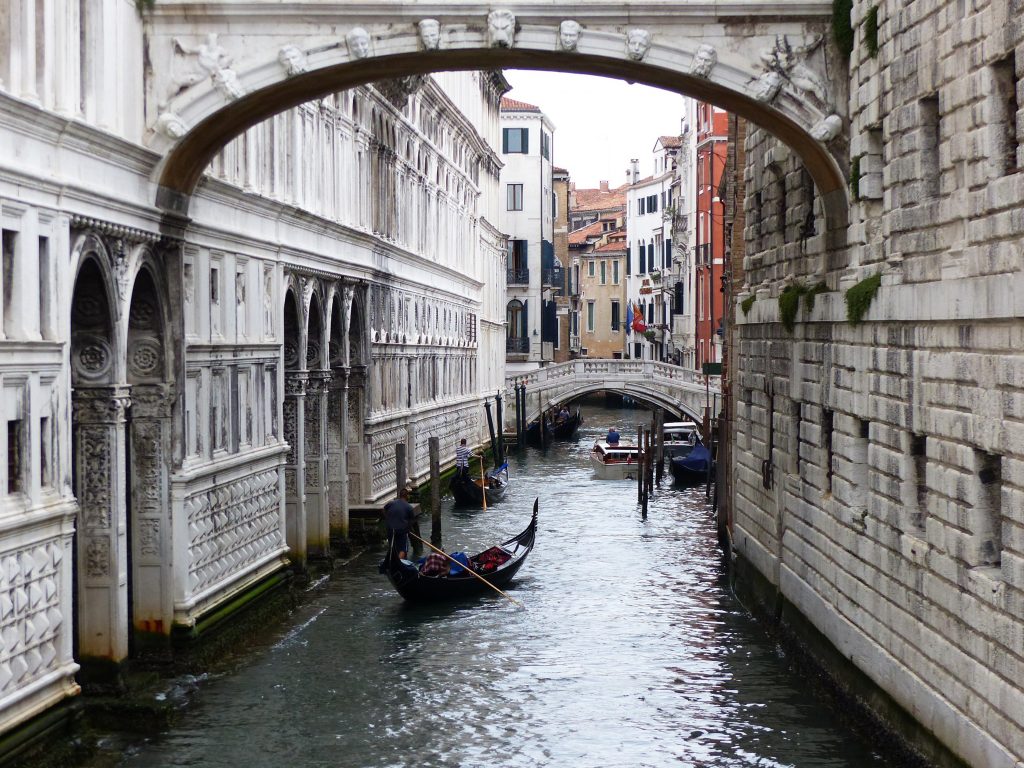 Located in the district of Dorsoduro, on the southern bank of the Grand Canal, the famous Galleria dell’Accademia is a must for all art lovers. The museum is home to a vast collection of Venetian paintings from the 14th and 18th centuries, by artists of the Renaissance, Bellini and Carpaccio, to name a few.

Although you’re not limited for choice when it comes to cafés, bars and restaurants, Venice is known for its over-priced food, so if you’re on a budget it’s recommended that you cut out costs by picnicking during lunch time. You can buy quality bread, meats and cheeses from the local supermarkets and the Rialto Market is great for fresh fruit and salad.

Venice certainly isn’t short of designer boutiques and high-street stores, but If you’re after something a little more unique, why not wander through the streets of San Polo and Dorsoduro for traditional handcrafts and souvenir’s, including the city’s famous glassware, masks and lace.

Why not immerse yourself in true Italian culture by venturing out to the Tetro La Fenice, for an evening of entertainment. As one of the best-known opera houses in Europe, it has been the main attraction for many premieres over the years.

Whether you want a location of the Grand Canal front, nestled within a maze of streets or a view of the Adriatic Sea, Venice is home to an array of hotels and guest houses well-suited to a variety of tastes and budgets. Make note- if you’re after somewhere a little cheaper within the centre of Venice, ensure that you do your research; avoid anywhere that makes reference to Mastre, as you’ll be located 30 minutes away on the mainland.

This beautiful city couldn’t be easier to visit, take one of the many direct flights from a wide selection of UK airports. Shuttle transfers from Venice’s two airports to the Piazzale Roma run daily and frequently. Marco Polo airport transfers take approximately 25 minutes and from Treviso airport- around 40 minutes.

Whether it’s your first trip to Venice or your 5th, this dazzling city will never cease to amaze- just remember to bring your camera!