Aadil Ali is as ready for the new cricket season as he’s ever been. The 22-year-old Leicester-born batsman spent the winter playing club cricket in Australia, followed by a training camp in South Africa, under the supervision of Leicestershire’s new head coach Pierre de Bruyn.

The club has struggled in recent seasons in all formats of the game, but with a new coaching team in place and more of an emphasis on youth, Aadil shares that he and the squad are ready to win trophies and bring success back to Grace Road. He’s also keen to press his claim to play for England one day. 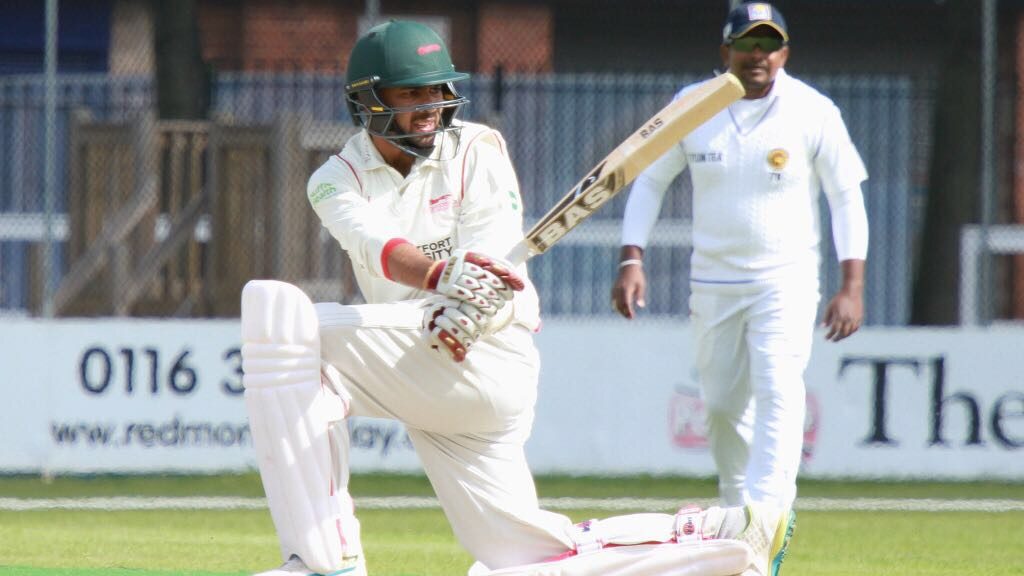 Cricket runs through Aadil’s blood. His father came to England as an overseas player, having played at college level in India. The father and son were both mad about the game: “Whatever time the cricket was on, whether it was the Ashes down under or India playing, we’d wake up and be downstairs watching it.”

His first experience of competitive cricket was with his dad at a local game on Evington Park: “One of my dad’s teammates got injured during the warm up. I was the only one around who could take the field, so I played in the game. My dad and I opened the batting and I was out first ball. I remember I walked off crying.”

Aadil made his first-class debut in July 2015, having come through Leicestershire’s youth system. It was his head teacher at primary school who put Aadil’s name forward for a trial with the county: “I was playing cricket during every break at school and he asked if I played for a team. When I said no, he said he’d put my name down and I got selected.”

Also instrumental in Aadil’s rise as a player is another cricketer who came from India, Don Bhagawati, who runs the City Cricket Academy: “Don’s a family friend and a mentor to me. He’s played a big part in my cricket career so far. He said to me ‘you’re fulfilling my dream’ which was so heart-warming.”

Aadil met the great Sachin Tendulkar when the Indian team was in Leicester for a tour match. He helped the Indian legend sort out his bat handles: “He was such a nice person that something inside me said ‘that’s who I want to be like’ when I’m older. He’s such an inspiration.”

If Aadil emulates even half of what Tendulkar achieved in the game, he will have well and truly made it.