Adam Longden talks to Pukaar Magazine’s Keya Modessa about his love for his hometown – the setting which inspired his first novel, The Caterpillar Girl and his journey to becoming a published author.

Imagine an idyllic setting like the one from Laurie Lee’s Cider with Rosie combined with the dark side of a Stephen King novel, and you’re getting close to something resembling Adam Longden’s debut fictional piece of work.

The Rutland-based author started writing his book at the tender age of 17 and used his childhood experiences as fuel for The Caterpillar Girl, which he describes as a ‘murder mystery thriller’. 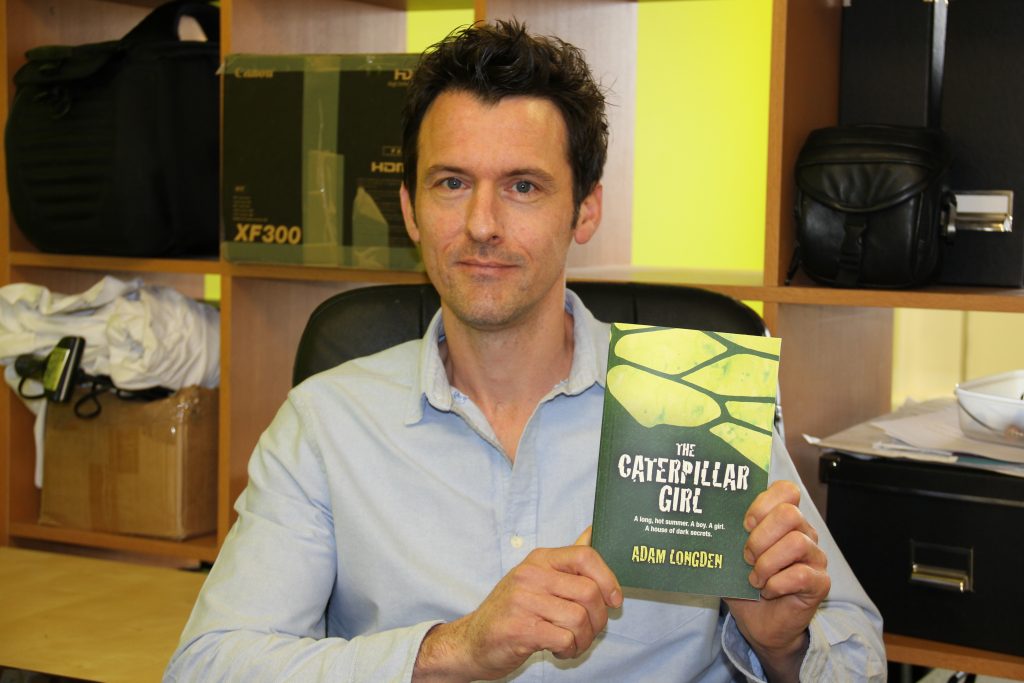 The now 42-year-old was born in Derby and moved to rural Nottinghamshire a few years later. He remembers his passion for writing started at an early age and would often write short stories inspired by much-loved authors Enid Blyton and Roald Dahl: “They certainly fired my imagination. The house I grew up in had a meadow and spinney on one side and on the other was Bunny Wood. You couldn’t make up that name – it was like something out of the Enchanted Wood.”

As his passion for writing grew his reading matter moved away from children’s fantasy and he found himself drawn to darker fiction from the likes of Iain Banks, Ian Mcewan and literary giant Stephen King: “They all influenced me but Nick Cave’s debut novel, ‘And the Ass Saw the Angel’ I read when I was 17 that made me put pen to paper.”

After studying art at college Adam fell into the catering industry. Attracted to the idea of making food look pretty on a plate, he worked his way up to become a chef, but the demanding work schedule and long hours consumed him for a couple of decades.

Life got in the way but the story never left him and he continued to write any chance he could: “I’ve got scrapbooks of hand written notes I made as the plot developed in my mind over the next few decades. What it is now is very different to when I first started.”

It was in 2012 that things took a positive turn and put the wheels in motion to help him achieve his dream of becoming a published author.

After a lengthy stint running a pub/restaurant, Adam went to work for someone else and started getting one day off in the week. He dedicated this day to finishing his novel: “It was the first time I actually had time to indulge myself and once I started, I couldn’t stop. I think I wrote seven days a week for over two years – in between shifts, after shifts, in the morning. I started thinking that I wanted to get it [the book] published before I turned 40.”

But it took quite some time before someone gave him the good news he was waiting for. In the end, it was Sarah Houldcroft from Goldcrest Books based in Loughborough that published the book.

Adam had been in contact with her for quite some time and she liked the sound of the book and clearly believed in it enough that she published it as a Goldcrest paperback.

After four years of writing, the book was published just shy of Adam’s 40th birthday. He missed the milestone but having the book published, was one of the biggest achievements of his life:

“Getting a novel out there into the world and being able to sit it on a shelf alongside the books of my literary heroes, was the realisation of a lifelong dream.” 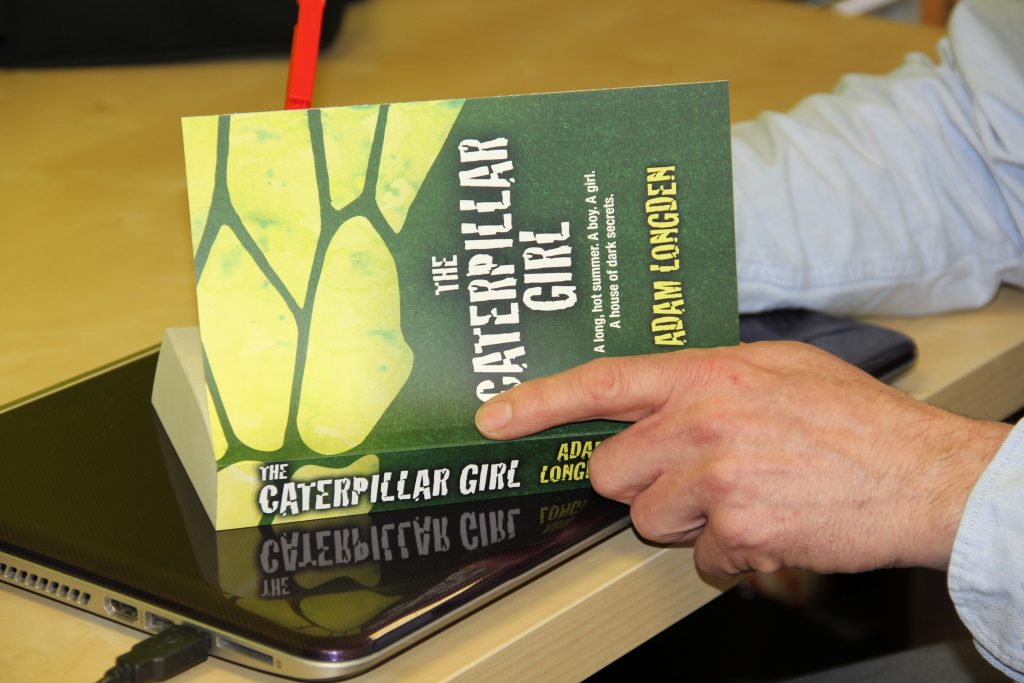 The Caterpillar Girl has been described as a ‘rites of passage story with a dark heart’. It takes place during the summer of 1989 when teenagers Jack and Daisy meet. However, Jack has been brought up in isolation and carries some dark secrets.

The basis of the plot is set in a house inspired by his own family home and the backdrop of the story takes place in the countryside and surrounding areas familiar to Adam. The book follows the teenagers and their experiences through the summer and in his own words, is in many ways “a love letter to the East Midlands.”

A proud country boy at heart, Adam has mentioned local pubs, restaurants and towns within Nottingham and Loughborough in the book. Some of the places you can still visit today and some scenes echo his own childhood experiences including camping in the wood and swimming in Stanford Hall. Adam explains: “Setting it anywhere else would have been a lie.”

“It’s struck a chord with people in the area. I always get emails and messages from people saying it bought back so many memories of the place and growing up in that time.”

The book touches on everything from horror to romance, but keep a box of tissues close by as you may well find yourself reaching for them: “I know it’s cruel to say, but I feel my job is done when I’ve made people cry. When someone says, ‘you had me in tears’ you know they’ve invested their emotions into those characters.”

There’s also a very strong musical element in the book, something very close to the author’s heart and evident in the books dedication: “It’s a book with its own soundtrack,” enthuses Adam who has used track listings from his own compilation tapes to bring the story to life.

So what’s next for Adam? He’s already written three novellas and good news for fans of the book: “I’m just over halfway through the sequel to The Caterpillar Girl – the working title is Seaside Skeletons (you heard it here first). Clearly showing no signs of slowing down, his enthusiasm and motivation is inspiring.

Adam quietly admits that he sometimes wonders if it could end up being a trilogy because he has so many ideas for the plot. He’s found that the more he writes the more confident he is and the more risks he’s willing to take with the narrative. “It’s stopping the writing that’s the problem,” he laughs.

“My ultimate goal is for the book to become a film. In my head the whole time I was writing it, it was a movie – I’ve got the soundtrack for every scene. I have to cross my fingers and hope somebody picks it up because I’ve got all the settings and locations – they’re all real.”

To win a signed copy of The Caterpillar Girl, simple answer this question:

To enter, send your answer along with your address to: info@pukaarmagazine.com by Friday 22 September 2017.