After four years at the Leicester Tigers Academy, Will Evans got his chance to shine at Welford Road. Keya Modessa speaks to the young player about his remarkable rise through the rugby ranks.

Will Evans starts his day with a protein-packed breakfast – we’re talking chicken breasts, bacon, green beans and if he’s got any room left, porridge. He’s got a full day of training ahead and will be burning tonnes of calories so needs to stock up on as much high-energy food as possible. 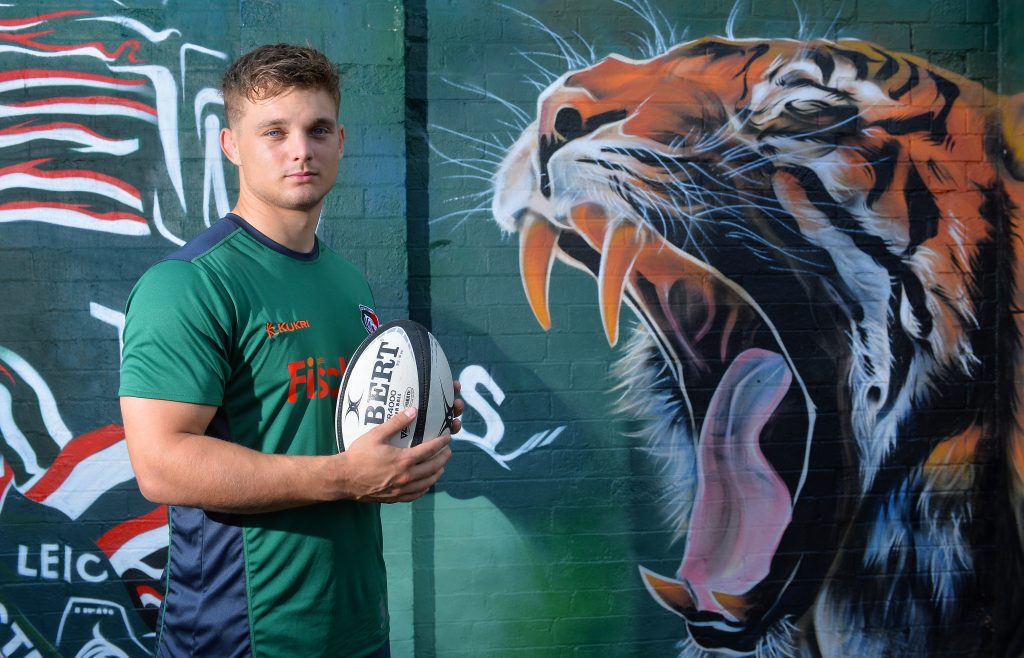 As a Leicester Tigers player, he takes his food and daily routine seriously. The last four years have built up to the moment he gets called to play for his favourite team. That moment came last year when he made his Tigers debut against Gloucester.

“I got told that I might be playing about four days prior to the game but I would rather have known on the day because I couldn’t eat, I couldn’t sleep and everything was coming out of my body in liquid form. I was very nervous but it was such an incredible feeling running out in front of thousands of people with the players that I’d grown-up watching.

The young player is looking extremely dapper in his navy Chester Barrie suit which he was recently kitted out in. As far as journeys go, the Norwich-born flanker has had a pretty exciting one. He was scouted by the Tigers Academy at a very young age and by the time he was 14, was asked to play in trial games at the training ground in Oadby. He showed great promise and was asked to join the Academy so, at the age of 16, Will left home, moved school and set up a new life in Leicester. He started at QE College, got his A-Levels and things just accelerated from there.

I’m interviewing the 20-year-old at Welford Road Stadium, considered hallowed turf by many and by others, as one of the great grounds in England. He’s changed into his training gear and looks a lot more comfortable. We casually chat about his love of the game, his memories watching rugby as a child and he tells me he started playing rugby when he was 5, but wasn’t too keen on the sport:

“My mother worked with a guy whose son played at Wymondham Rugby Club and he told me I should come along. I went for 3 weeks and wasn’t really into it but I kept at it. Then aged 10, you start contact, it’s full on bone-on-bone contact and I loved that, I loved trying to make big tackles.” 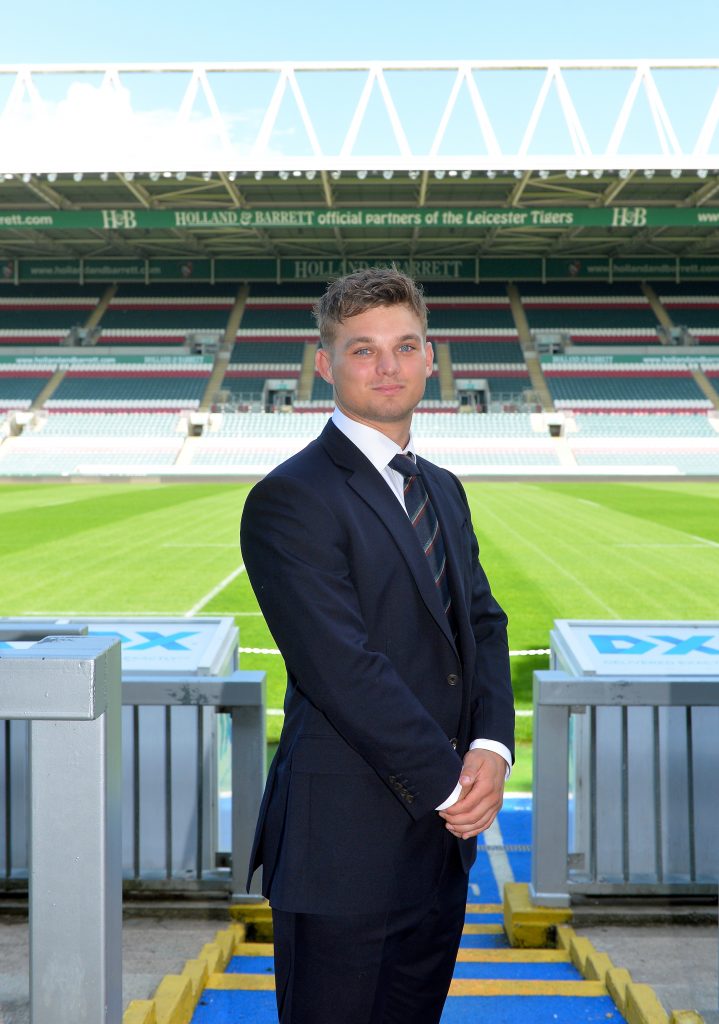 He grew up watching the likes of Johnny Wilkinson but it was fellow Norfolk-born players Tom and Ben Youngs who influenced him to want to support and eventually play for Leicester Tigers.

Will now plays openside flanker, one of the hardest working positions in a team and explains how playing Premiership rugby is a whole different ball game:

“People told me it that it would be a massive step-up in terms of the pace of the game and how quickly the game goes and I thought ‘it can’t be that bad.’ They had to honestly drag me off the pitch after 65 minutes, I was so knackered. The pace of the game was by far the fastest thing I have ever experienced, but as soon as I got a taste, I wanted more.”

Since then, the rising star has had no reason to look back. Named as part of the England team in the World Rugby Under-20 Championship in Manchester earlier this year, the team went onto win the tournament which thrust Will further into the spotlight:

“So far that’s been the highlight of my rugby career; being able to lift that trophy above your head in front of thousands of people along with your mates –  I’ve grown up with a lot of these people, playing under 16s and under 18s for England.

Now he’s training with the big guns, the ones he’s followed since he was a kid. Intimidated much?

“You have to earn you place there. A lot of fingers get pointed if you’re not giving your all every day, but as soon as you earn their trust, if you work hard every day and come into training and dedicate all you can into being a better player, they will accept you a lot quicker.”

As our photographer starts packing away, I notice how Will can’t keep his hands off the ball; he’s spinning and hurling it in the air like a proud father would a baby. It’s obvious he’s very happy here and doing what he loves. With the interview over and no more training, I ask him how he’s going to spend his rest of his afternoon:

“Sit on the sofa, try not to burn any energy and catch up on House of Cards,” he says with a cheeky smile and a twinkle in those blue eyes.