She’s starred in roles across theatre, television and film, including The Inbetweeners Movie, Drifters, Plebs, I Live with Models and Women in Power. Lydia Rose Bewley speaks to Jessica Challoner-Sterland about her journey as an actress and why she’s now in a new phase of her career.

I’d yet to meet someone with that certain confidence, the kind who instantly lights up a room as soon as they walk in, that was until the day I met Lydia Rose Bewley. If you’ve watched her on-screen or on-stage, you’d know what I mean. She’s humble, friendly and of course, hilarious.

The 33-year-old is now settled in London with her partner Tom, their baby boy Bill and sausage dog Pam, although, she admits that she’s a country girl at heart and regularly comes back home to visit her parents at their farm in Leicestershire where she and her three brothers grew up. 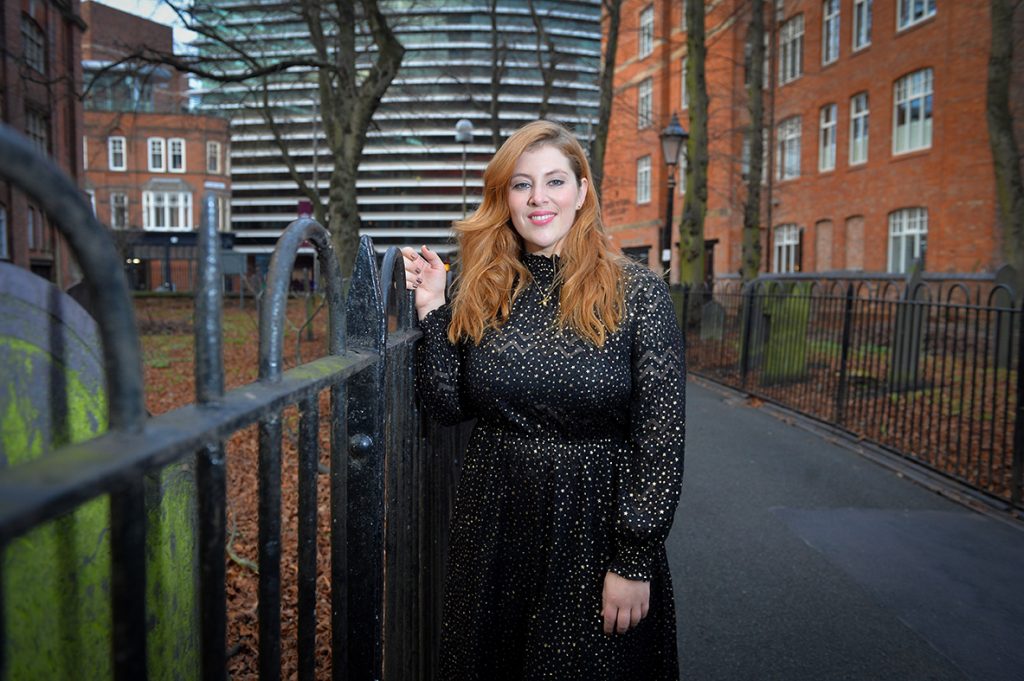 Lydia was educated at Our Lady’s Convent School in Loughborough, and Oakham School, Rutland. Having always known she wanted to become an actress, more specifically after watching Pride and Prejudice on repeat at age 11 and performing in the likes of Bugsy Malone, it was at the age of 18 that she bagged a place at Oxford School of Drama: “It was super intense. All my friends were at university and going out every night. I was up every morning 7am until 6pm, dressed in blacks with no make-up, but I loved it.

“If I had any advice for anyone it would be, don’t be in such a rush if you want to go into acting. I’m the same age as Keira Knightly, so all I was seeing was her from the age of 17 doing what I wanted to do. You’ve got to have life experience, and I wish I’d had a bit more life experience outside of education before I’d got into drama school.”

After graduating from drama school in 2007, Lydia moved to London, secured an agent and was performing in roles across film and theatre. However, things soon took a turn, and she was dropped by her agent and began working as a nanny: “I remember pushing these two twin boys, who I loved, through the park and there were these white set vans, and I just remember thinking, how has this happened? There is a film set over there and I’m a nanny.”

Determined to persevere, despite on the brink of giving up, she used the contacts gained through drama school to start again, and then in 2010, the unexpected happened:
“I think I was setting things in motion, and then it was a bit of magic. That’s the only way I can explain it. I was nannying one day when my agent who’d dropped me called me back up and said, ‘I want to re-represent you for this part.’ And that was it, that was the start of The Inbetweeners.” 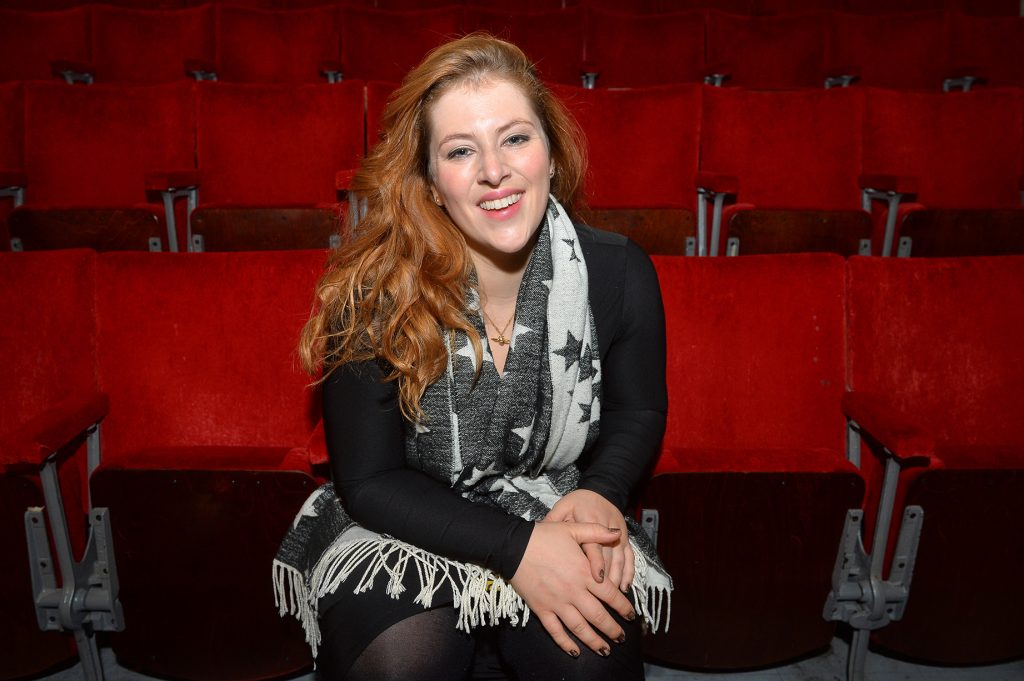 The actress played the role of Jane in The Inbetweeners Movie, a coming-of-age comedy film based on the E4 sitcom: “It was the first time I had lines, and there was quite a lot to learn. I was a massive fan of The Inbetweeners, and I was starstruck on most days. When I look back, I remember feeling very nervous, and I don’t think I allowed myself to enjoy it as much as I could have done. I enjoyed the second film more as I was relaxed.”

The role of Jane opened up more opportunities for the actress including a lead role in the hit E4 television show, Drifters (2013-2016). Bewley played the fun-loving character Bunny alongside her Inbetweeners co-stars, Jessica Knappett (who also wrote the show) and Lauren O’Rourke: “To be leading in a show with friends was just wonderful and easy, you don’t have to be nervous.”

Appearing in primarily comedic roles over the years, such as Metella in Plebs and Jess in I live with Models, Bewley admits that she never intended for that to happen, it was just a genre she fell into. Reflecting back on the funniest moments of filming, with a big grin on her face, Lydia recalls that it was whilst playing Bunny in Drifters which brought the most laughs:

“I used to have a crush on my personal trainer, so I used to eat chillies to turn my lips bright red, and Jess [Knappett] wrote it into the script. Bunny then ends up in the hospital thinking she’s giving birth but it turns out she just has trapped wind. We must have gotten through around 50 takes and we didn’t get one without anyone laughing.”

But with the funny moments also come the challenging, when asked which character she found the most difficult to play, she answered: “Definitely Jane. I’d never done anything like that before, and on an emotional level it was challenging. It’s not the easiest thing in the world to refer to yourself as ‘fat’ especially when I didn’t see myself that way. But the writers Iain and Damon were very good in the way that they presented Jane, and to be asked back was amazing.” 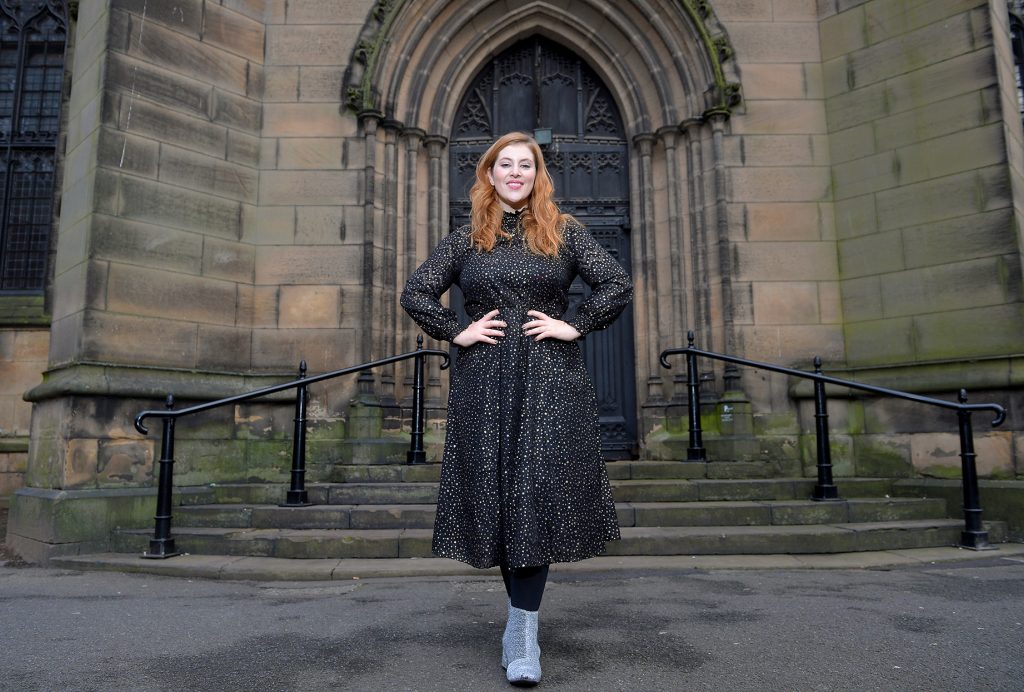 After playing back-to-back roles for six years Lydia has been taking some much-needed time off to focus on becoming a mother, but just a few months after giving birth, the actress took to the stage in the musical comedy, Women in Power, directed by Blanche McIntyre: “I didn’t think I would go back into acting until Bill was a year old, and actually, I didn’t want to. I’m still not quite sure how I feel about it. It was an amazing experience with five other women who were just wonderful and very loving and supportive of Bill. For three months he grew up in Women in Power land, which was the biggest sensory class ever. Had I wished it had been a year on, yes definitely.”

Lydia has a couple of projects in the pipeline for 2019, including voiceover work. She also reveals that she’d like to work with her three brothers on something in the future, the eldest, James is a stage combat fighter, Charlie is a Hollywood actor and younger brother Andrew, a director. But for now, she’s enjoying the slower pace: “I’m definitely in a new phase of my career. It was non-stop for years, I then had Bill, and now we’re in different territory where I’ll be playing a mum of three in a year’s time, it’s just waiting for that to land.”

Looking back on her journey so far, the actress shares the biggest lesson learned: “Be good to people and be kind. Always be grateful and respectful of people’s time, space and energy. Turn up and be open.”