Pukaar Magazine’s Jennifer Morris talks to Leicester Riders Chairman, Kevin Routledge, about the history of British basketball and the innovative triumphs of the oldest club in the profession.

Basketball is perhaps our strongest contender for best American import in the world of sport. We rarely consider the journey the game has taken on UK soil yet right here in Leicester, we’ve been paving the way forward in professional British basketball for 50 years.

In 1967, a group of students and lecturers at Loughborough University came together to form a basketball team. Since making its way to the UK in the 1890’s, the sport had been dominated by visiting Americans competing in YMCA teams, with nothing more than basic cup competitions. The Loughborough University cohort wanted to improve its standards and so the original Loughborough All-Stars were born. 50 years and several name changes later, the Leicester Riders are the oldest team in professional British basketball and remain at the forefront of sporting innovation. 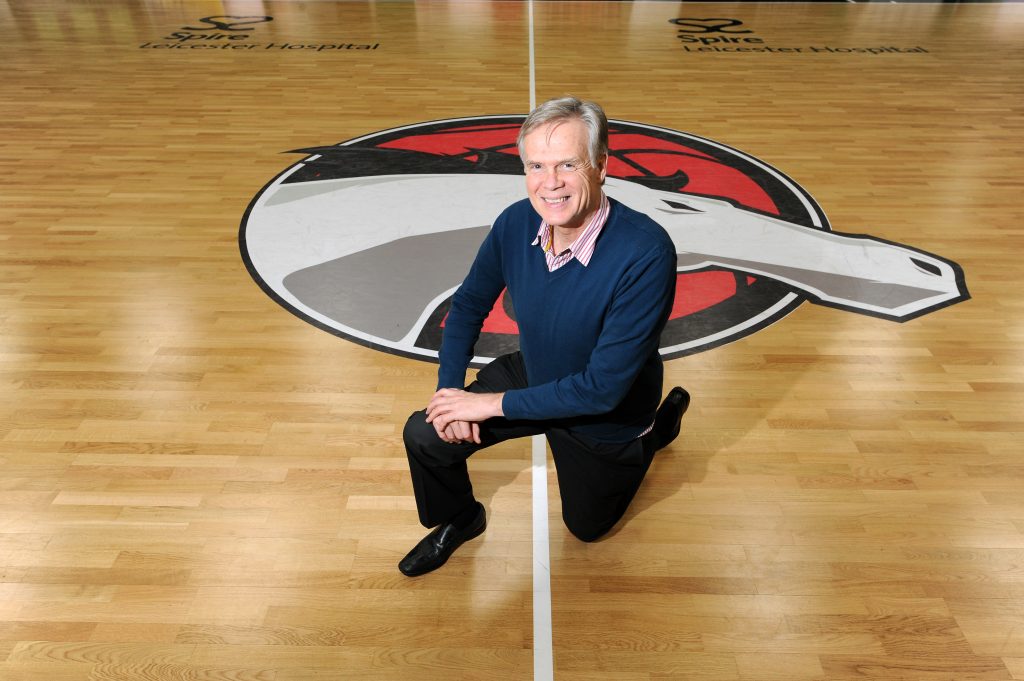 Riders Chairman, Kevin Routledge, began his relationship with the team as a player in 1974, shortly after the founding of the National Basketball League in 1972, in which the Riders played an integral role: “In those early days, teams started to become semi-professional by having a couple of American players that were paid. In the 70’s and 80’s, it became more professional with English players being paid at that stage.”

The following decade saw the team relocate to Leicester and, yet again, be instrumental in the founding of a new professional body, the British Basketball League (BBL): “The Loughborough All-Stars moved to Leicester in 1980, to the newly refurbished Granby Halls. They were inaugural members of the BBL and are the only club in the BBL that, since 1987, have stayed with a consistent structure. Other clubs have come and gone, they got sold off or collapsed, but the Riders have been that consistent presence.”

Whilst their presence has been consistent, their foundations have been less so. Leading a somewhat nomadic existence, the Riders have moved back and forth between Loughborough and Leicester since leaving their only long term home 17 years ago: “They played at Granby until the building was effectively condemned in 2000, so 20 years. Once Granby went, they returned to Loughborough to the new Sir David Wallace Sports Centre. In 2004 they moved back to Leicester, to the John Sandford Centre, then that was converted so we ended up back at Loughborough University.”

This constant relocation was accompanied by several sponsorship deals and, in turn, a number of identities for the club. Thanks to an arrangement with Walkers Crips, at the time driving a new product in Planters Peanuts, they played as the Leicester Planters, proceeded by the Leicester Walkers, eventually landing a new sponsorship deal which would forever christen them as the Riders: “In about 1986, the city council and city bus became our main sponsor. The city bus were pushing a new bus riders scheme and they asked if we would change our nickname. 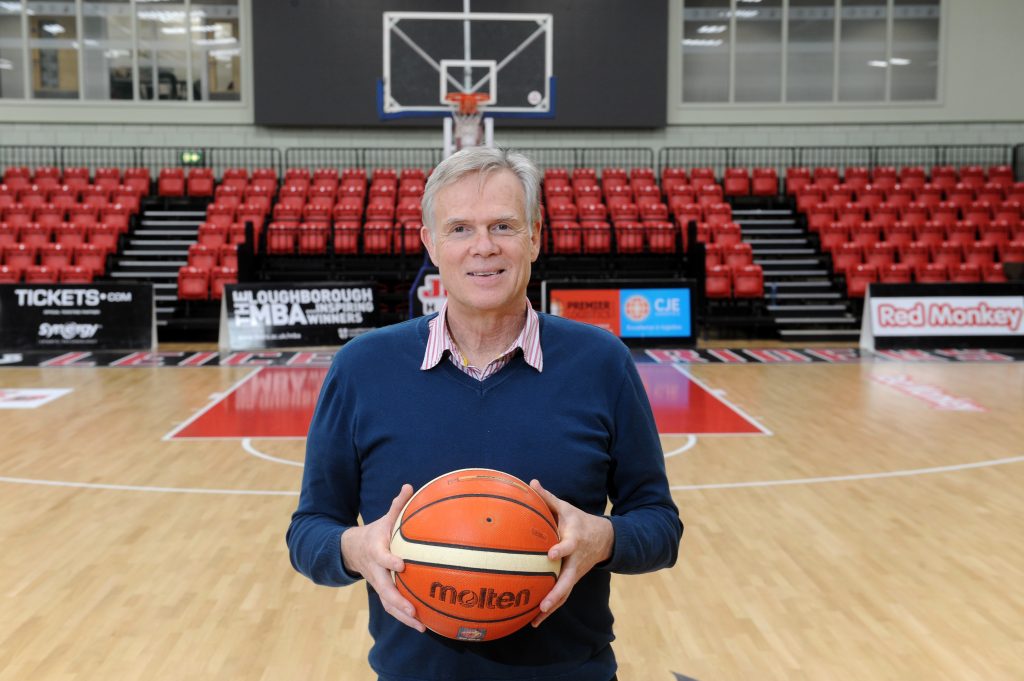 “Eventually, they stopped being our sponsor but we stuck with it. We didn’t want to keep changing the name because it loses what you’re about. We decided we could create a good brand and a good image around it and the continuity was important.”

With so much change and uncertainty throughout their existence, it’s a testament to the Riders that, as other clubs disappeared, they not only maintained their presence in professional British basketball, but continued to drive it forward. Whilst credit lies with the hard work and dedication of the team and its staff over the years, Kevin attributes this success in large part to the fans: “I think the main thing that the Riders have had is very good fan support all through those years. They established some fans at Loughborough but then when they moved to Granby, they created a core.

“We have season ticket holders still from the early days, so I think having a core support that has stayed with you is really important.”

In January 2016, the club were finally able to put down roots in another British basketball first with a brand-new purpose-built facility, the Leicester Community Sports Arena. It’s a move that has not only provided stability but offers a new community space, a chance to inspire young players to engage with the game and, financially, opportunities to generate revenue streams to help cover overheads.

It’s a move that Kevin believes will help secure the sports future: “I think the great weakness of basketball in the UK, the reason it’s had this volatility, is because unlike other sports; football, rugby, cricket, all of whom at whatever level own their own ground, nobody in basketball has been able to do that. 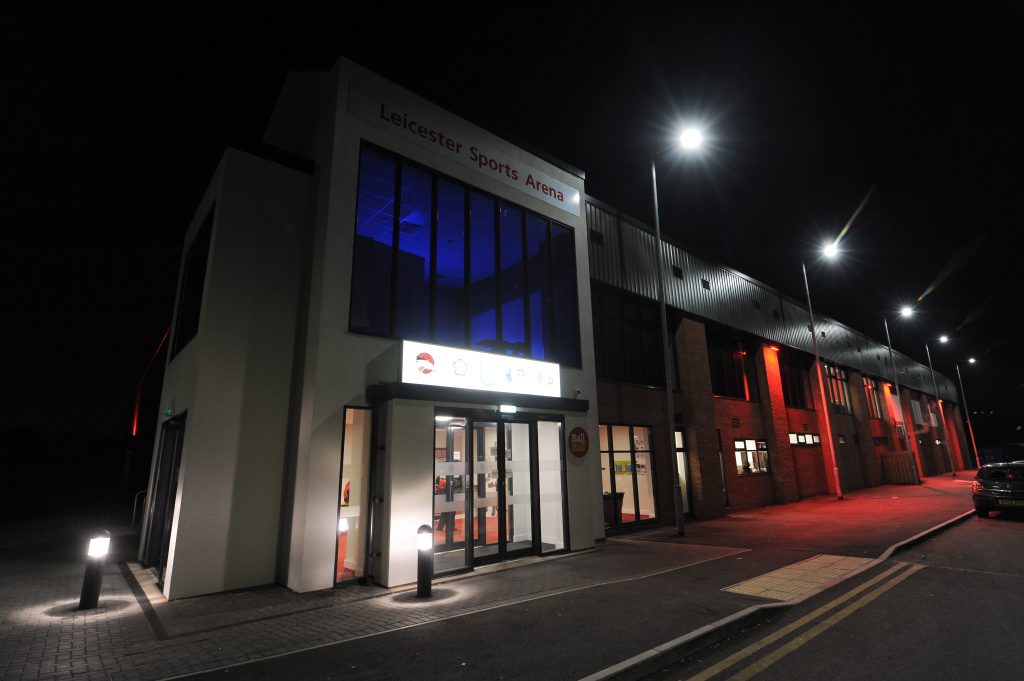 “We’re the first of a kind. There’s a number of clubs that are looking to copy our model and I think that will be immensely important to the stability going forward.”

Over the past few years, the club has achieved great success. The 2012/2013 season saw them win a historic treble and they have twice been crowned BBL champions. But beyond the court, their engagement with the sport stretches far beyond personal triumph and ambition. They were founder members of the Women’s British Basketball League, run scholarship and educational programmes with institutions across the county and work on a range of youth community projects. It’s a history that provides a shining example not just for basketball, but for British sport in general. And it’s one that Kevin takes great pride in: “We’re very proud of it. You should always be proud of your history I think. It’s what makes you the club that you are.

“We’re very pleased and we don’t keep it quiet that we’re the oldest club operating at top flight, the only one who’s been consistently part of the BBL. It’s very much a part of our DNA and we want to make that integral. We’re going to have a good old party come the 50th to reflect that. To be the only one at that level, we’ll definitely be making a big deal about it.”

Shine on stage with Curve