A Leicestershire Police Chief Inspector has been dubbed as a “role model” and awarded the Queen’s Police Medal (QPM) in this year’s birthday honours list.

Manjit Atwal, will be awarded her medal later this year for her “dedication to the job and support shown to others in a career spanning more than 24 years.”

She was nominated for being a “truly inspiring woman in policing”. The mum of two small children joined Leicestershire Police in 1996 in a drive to do something for herself.

During this time, Manjit worked in 18 different areas of policing including neighbourhood policing, youth offending, operational planning, intelligence gathering and counter terrorism. She is also a nationally trained hostage and crisis negotiator.

She had spent more than two years in the role of Commander of the City Neighbourhood Policing Area, ending in July 2019, before taking up roles working with partners to help deal with and prevent serious violent crime.

Besides her impressive career, Manjit is also the Chair of the Sikh Police Association and plays an active role in the Women’s Inclusive Network.

Described as an “exemplary advocate for those under-represented in policing”, Manjit has provided coaching and mentoring to a number of officers through promotion and personal development programmes. She has also many other accolades, such as Beat Bobby of the Year and Asian Community Person of the Year.

When asked about winning the QPM, she said: “I was totally shocked and speechless when I found out I was to be awarded a QPM. It is such an honour and I feel truly grateful to have even been nominated, especially when I think of all the amazing people who deserve recognition for the incredible work they do.

“I have been fortunate to work with so many talented and committed people across my many years in policing and my achievements have only been possible because of the fantastic teams I have been a part of.

“It sounds like a cliché but policing was something I’d always wanted to do from a young age growing up in Derbyshire. I’d seen a female Asian officer working in the city centre and I thought ‘I’d like to do that’.

“I’m so grateful for all the opportunities my career so far has given me, including this incredible honour and I look forward to see where the next few years will take me.” 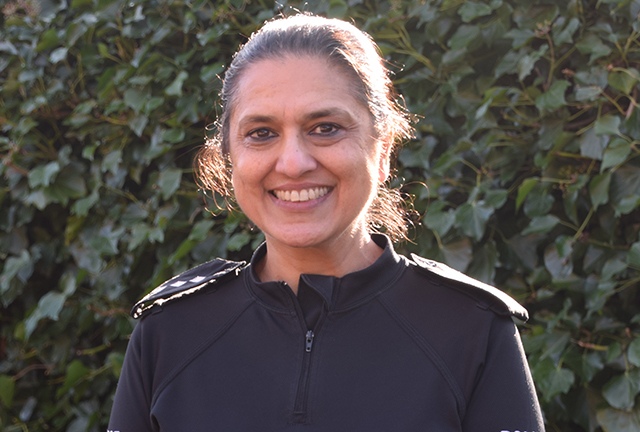 Alongside Manjit, former Leicestershire detective Colin Stott has also been awarded a QPM for his pivotal role in “the development of the UK policing’s response to serious and organised crime as the former national coordinator of the Regional Organised Crime Units (ROCU).”

Colin, who recently retired as Detective Chief Superintendent, began his career in Leicestershire where early in his service he was involved in the development of what is now known as evidence based policing – where evidence is used to inform and challenge policies, practices and decisions.

He was also the Director of Intelligence and Head of Professional Standards, and played a crucial role in the development of the East Midlands Special Operations Unit (EMSOU).

The pair are among 19 officers, including two special constables, across the country who have been recognised.

Chief Constable Simon Cole said: “The whole force is thrilled to learn of the honours of two of our team.

“Manjit has led the way on so many policing issues and has been instrumental in working with local communities, especially through our Sikh Police Association. She really is a role model to so many colleagues across the force.

“Colin had a distinguished career as a detective within the force and we are delighted that this, coupled with his national work, has seen him also rewarded with a QPM.”