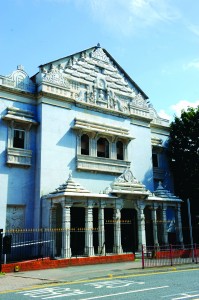 After months of waiting it was revealed on June 19 that Leicester is indeed on the shortlist for the UK city of culture 2017. Pukaar Magazine shines a light on some of Leicester’s well-known landmarks to find some surprising connections and prove the city’s got what it takes to go all the way and bag the title.

From Jewry Wall’s Roman baths to the final frontier at the National Space Centre, Leicester’s timeline reflects many of the world’s great empires and ideas. Cultural markers are everywhere: your favorite family recipe, your school, your place of worship, your next door neighbour, all adding their own thread to Leicester’s colourful, cultural tapestry.

Former resident Thomas Cook is synonymous with travel and his statue just outside the train station says ‘ay up me duck’ and aurevoir to those arriving and departing the city. Leicester has sent many ideas and cultural icons out into the world but also received many visitors, whether as invaders, traders or those fleeing conflict from their homeland.

We often hear the statistics: 10th largest city in the UK, largest city in the East Midlands with over half the population under 30. As well as English, around 70 languages and dialects are spoken in Leicester, with a third of the people describing themselves as foreign-born in the 2011 Census. 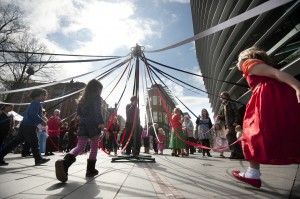 In January this year a consortium of business, arts, university and media representatives chaired by the city mayor decided Leicester has what it takes to be the UK City of Culture 2017. Their bid ‘Illuminating Leicester’ was sent across in April, and branded a success in June as the shortlist was announced.

City mayor Sir Peter Soulsby said: “This is really good news for the city. We will now be doing a lot of public engagement work to ensure that anyone with an interest in arts and culture has the chance to suggest ideas that could feature in our final bid.”

Leicester has a reputation for being a harmonious city. The many different places of worship, including Buddhist and Hindu temples, synagogues, mosques and the Secular Hall all stand side by side. Local schools also have opportunities to learn about places of worship in a special scheme organised by Leicester Cathedral. Journey Together takes pupils on a walk between the Cathedral, Guru Nanak Gurdwara at Holy Bones and the Jain Centre on Oxford Street, comparing and contrasting religions through three different objects at the three different sites. 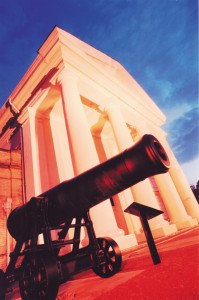 As for uniqueness, just take a look inside the marbled magnificence of the Jain Centre. On the site of a former congregational church hall, the centre was the first in the world to bring together all Jain sects and celebrates
its silver anniversary this year. Let’s not forget the statue of Gandhi, which was unveiled on Belgrave Road in June 2009 and represents the city’s commitment to diversity in the heart of Leicester’s Asian community.

We’ve all heard a lot about the Richard factor this year but we have another culturally significant Richard in the city. New Walk Museum has a portrait of Lord Richard Attenborough in its collection, painted by acclaimed artist and former Leicester resident Bryan Organ. In the portrait, a poster for Attenborough’s eight- Oscar-winning 1982 film Gandhi can be seen.

Lord Attenborough is supporting Leicester’s bid to be City of Culture 2017. He said: “My experience and knowledge of Leicester’s rich vein of cultural and, in particular, theatrical activity goes back over 80 years; from my first stumbling steps on the stage of the Little Theatre, through to the Phoenix, the Haymarket and now Curve.”

New Walk Museum has a special place in Richard and his brother, Sir David Attenborough’s hearts as, like many of us, they both enjoyed visits to the museum as children, learning about the different cultures of the world. Lord Attenborough has now returned the favour with Picasso Ceramics: The Attenborough Collection. 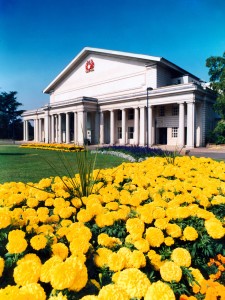 If a nation’s culture does reside in the hearts and souls of its people then look no further than the Clock Tower, as recognisable to Leicesterarians as New York’s Statue of Liberty is to the world. Built in 1868 in the heart of the city, the Clock Tower soon became the people’s meeting point, whether enduring a nervous wait for a first date or shopping with friends on a Saturday afternoon. It has also become a focal point for free speech with many different cultural groups shouting and singing their words to passing crowds. The four statues on the Tower watch over us: Simon de Montfort, Thomas White, Alderman Gabriel Newton and William Wyggeston, all great benefactors of the city and several of our cultural institutions bear their name.

William Wyggeston made his fortune in the wool trade, was twice Mayor of the Corporation of Leicester and represented the city in Henry VII’s Parliament. Thanks to his family, we have several city schools in his name and in true ‘six degrees’ style, Wyggeston and Queen Elizabeth I Sixth Form college just happens to be the former school of Richard and David Attenborough and Bryan Organ.

Music is integral to culture and Kasabian are great ambassadors of Leicester’s thriving music scene – but they aren’t the only rock group to have made it. Add ‘n’ roll to the rock mix and those of a certain age will remember Showaddywaddy. Ten top 10 hits and a number one single in the 70s and 80s made a big impression and two of the original line up still tour the UK today. 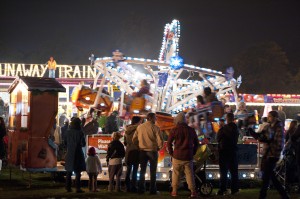 Former lead singer and proud Leicester-lad Dave Bartram, said of Leicester’s bid: “Boasting a sporting and musical excellence unparalleled by the vast majority of major cities, Leicester is already firmly on the map as a city of culture with stadia and a wealth of wonderful theatres capable of staging a huge diversity of events.”

Whether it be festivals, food, or fashion, there are many rich layers that make the city so great, far too many to cover in one article, with each and everyone of us also contributing something to Leicester’s culture and history. All that’s left to find out is whether we can beat Hull, Dundee and Swansea Bay in the race for the title of UK City of Culture 2017.