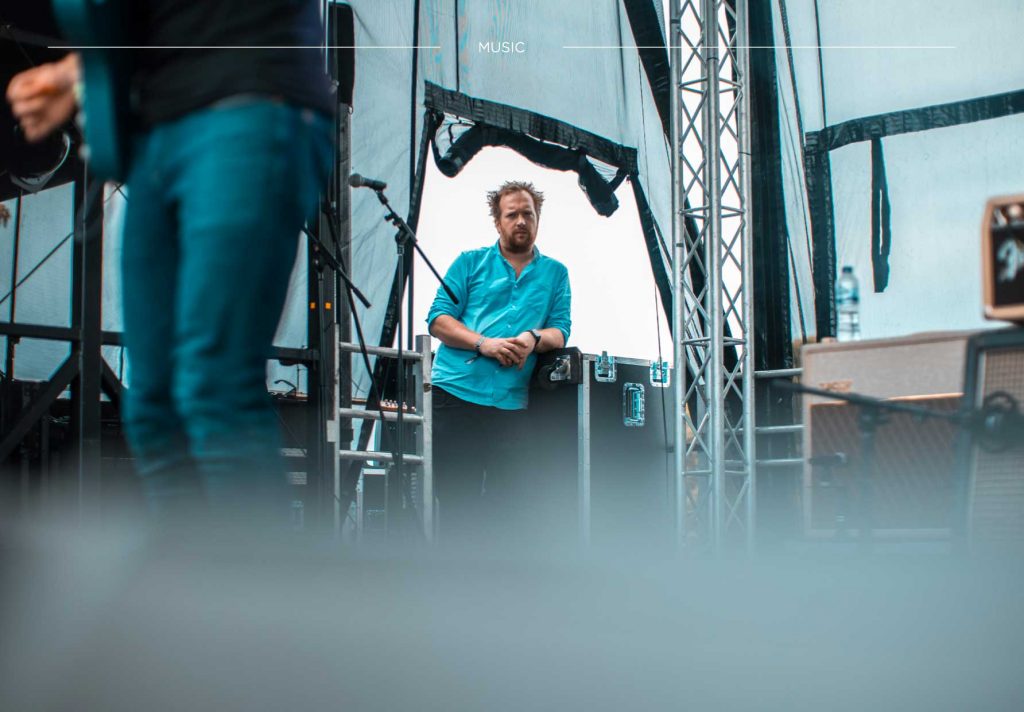 Leicester has a rich history of music venues and artists. Pukaar Magazine’s Sam Ellison spoke to long-time fixture of Leicester’s music scene John Helps, to find out how it has developed over the last ten years and how the pandemic has affected it.

The music scene in Leicester has given way to some incredible talent over the years, from niche independent artists to bands that find worldwide success. Music, as with all art forms, is constantly changing; it is fluid and adaptive. But how quickly can the music scene change in a little Midlands city over the course of a decade?

Who better to discuss this with than a local music producer, and event organiser? Someone that has been a part of the music scene in the city for nearly two decades. I spoke to John Helps, owner of the ‘DIY music collective’ Robot Needs Home, to find out more about the last ten years.

“I think it’s a bit of a cyclical thing,” said John, when I asked him how the scene has developed. “I have years where I think it’s the strongest it has ever been and I have years where there is very little I’m excited about. There is a general upward trend I think, although it’s sometimes glacially slow. There are a few people who have arrived in the city over the time I’ve been here who have really shaken things up and made strides forwards, but I am an old (36-year-old) man so I also have a huge amount of nostalgia for a certain time in the music scene when there was a lot of musically very different, but all extremely interesting acts coming up at a similar time – Tired Irie, Death of London, Her Name Is Calla, Public Relations Exercise, Minnaars, Herra Hidro, Fight Fire With Water, These Furrows, Kyte… Those were the golden ages of my generation of music here, and I do sort of miss the intense community spirit of the mid to late 2000s! The me of ten years ago would hate that I feel like that though.”

John moved to Leicester from Worcestershire in 2003 to get a degree in music technology and innovation at DMU. He said: “There’s some cool stuff going on down there, but Leicester definitely has more breadth in terms of ‘music community’ that I felt I could get involved with.

“I started putting on shows at The Attik in my second year under the mentorship of Paul Matts who used to run the venue, and formed a band called Maybeshewill with my uni flatmate, which I still play with today. I now put on shows relatively regularly, am a director of Handmade Festival and have had the incredibly gratifying experience of touring around the world.”

Finding the best places to go for live music can be a tough one, and most people have their favourite venue for an evening out. Leicester has a number of well-known pubs and bars that play host to up and coming talent, and local favourites. Sadly, not all of them have managed to stand
the test of time. “We’ve lost some really good ones,” said John. “But, we’ve also gained some really good ones. I think generally they’ve changed to reflect the changing music industry. It’s a shame there aren’t more accessible spaces as permanent venues, but that’s an issue that will be addressed by council public policy in the long term, given the situation we currently find ourselves in. But yeah, that’s something I’d love to see people really invest some time and money in developing.”

Whilst there are no events that have run for the whole of the last decade, one which John is very proud of is Handmade, which he started in 2013. And in 2019, De Montfort Hall officially revealed their new outdoor space for large outdoor concerts, something that the city’s entertainment scene has been crying out for. Of course, John has had to pause Handmade for the foreseeable due to well-known reasons.

The Covid-19 pandemic jammed a large stick in the bike-wheel for everyone, and the evolution of society and technology also gives those in the music industry a reason to reassess. “Broadly generalising, I think it has hit venues, promoters and technical crews the hardest. There are a lot of people in Leicester in those industries who are really suffering—especially some technical crew who have fallen through the cracks in government support.

“Other than that, I think it’s important to remember that streaming wasn’t really a thing ten years ago. It’s been interesting to see the economies of music creation shift in that time, and how everyone has responded to it—some more successfully than others. There are a number of little collectives of musicians that have formed to support each other, and while there’s always a danger of becoming a clique, I think some of them have done really interesting stuff in the city.”

Robot Needs Home events return in March with Peaness at Firebug and May with Forgotten Futures – a music and art event at Attenborough Arts Centre. If restrictions are in place, John says that it will be partly online/partly in person.

John is also working on a new record with Maybeshewill and putting music out under the name Châtelet.