Judge Simon Hammond has been providing justice in the court of law for more than 23 years. Following his retirement last year, he reflects on his work and career highlights.

Born in Wimbledon in 1944, a young Simon grew up admiring his father who worked as a highly-respected solicitor in Leicester. After failing a medical to join the navy, Simon embarked on a career in law.

“I had gone to my father’s office to catch a lift home and a woman came in who was very upset, she was crying. She went to see my father and half an hour later came out and the tears were gone and she was smiling.

It was at that point he thought to himself that if his father could help sort out someone’s problems, he could try and do the same for others. 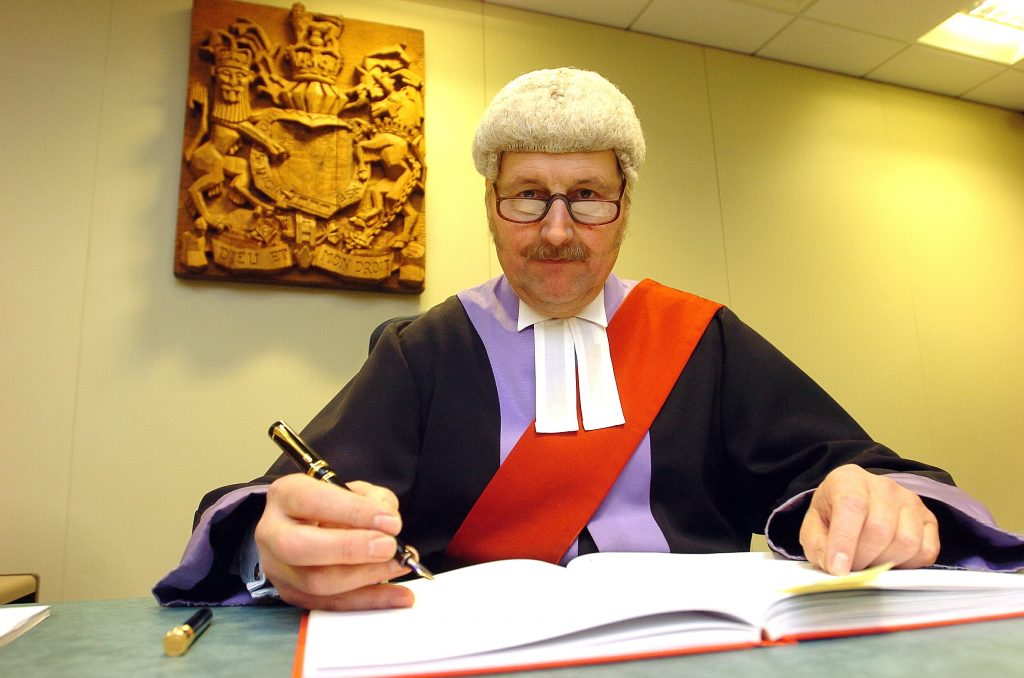 His professional career began in 1967 after he qualified as a solicitor. In 1985 he became an Assistant Recorder and five years later a Recorder. It was in 1993 he became a Circuit judge and in 2004 became the Diversity and Community Relations Judge for Leicester.

His illustrious career has seen him enter the ‘theatre of the crown court’ as he calls it and tackle some emotional cases and meet some very interesting people along the way.

Described as ‘unfailingly fair, kind-hearted and just,’ Simon’s mantra was always to be a tough, but a fair judge. “Every time I left the court, I looked back on the day and said, ‘I’ve done the right thing.’”

In 2014, the Leicester Law Society gave him a Lifetime Achievement Award, the first such award in history and following his retirement last year, the Lord Mayor awarded him the Leicester Honoured Citizen Award for 2016 in recognition of his work in the Crown Court and community. His highlight, however, was the send-off given by his peers:

“The Bar gave me a dinner after I retired at the King Power Stadium. Around 200 people came and I had my wife and children there and that’s something I will never ever forget. It was fantastic.”

So how is he spending his free time? He laughs and says, ‘domestic servitude.’ Joking aside, he spends 5-10 days a month working on the Parole Board which he enjoys but admits he misses working:

“It’s a very intellectual, very stimulating, very exciting, quite demanding place but I miss the excitement, the intellectual stimulation, the bar, the solicitors, the staff. I miss them all.”