I don’t have a bucket list but if I did then to work in the kitchen of curry restaurant would definitely be on it.  To do so at one of my favourites in Leicester, well then mission truly accomplished.

I’m a regular diner at the Khyber Restaurant and through casual conversation and observation, I thought I pretty much knew how the place worked.  I’d chanced upon the odd sneak peek into the kitchen and through my friendship with the wonderful Raval family who’ve operated the business for decades, I even believed I had a genuine insight into how some of the dishes were made. 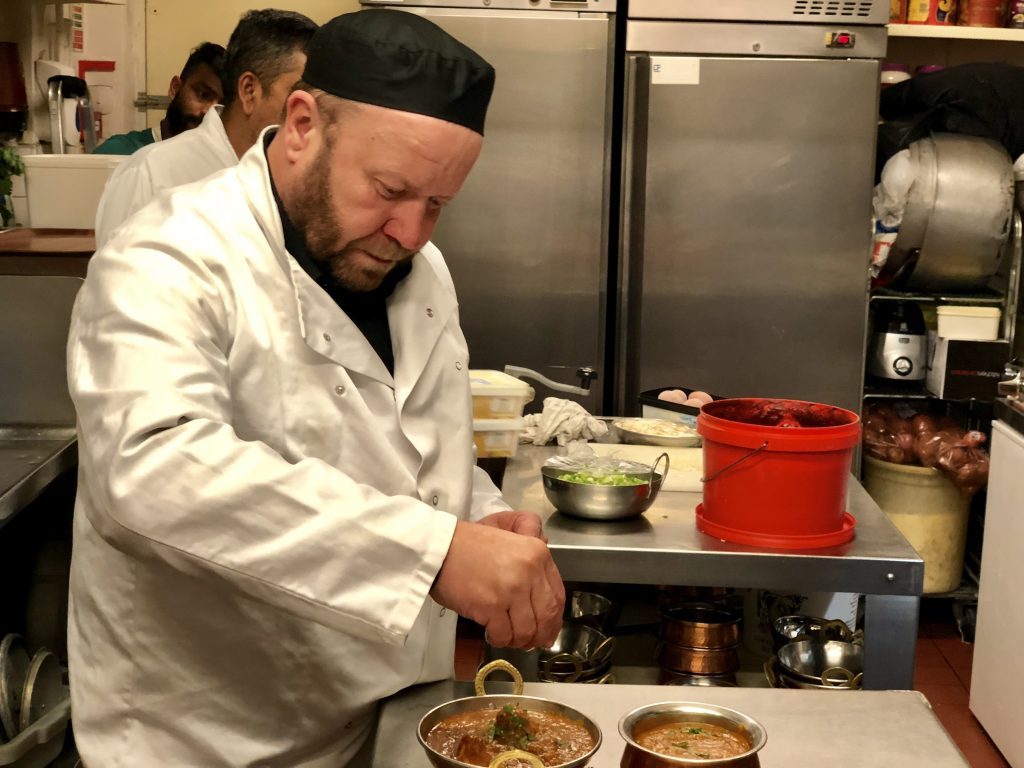 But the harsh reality of my arrogance would hit hard when attempts at recreating some of those meals at home spectacularly failed.  You’d hear me say: “The ingredients seem right, keep the pan hot, take time to make the paste, now develop the sauce.”  But soon I’d be sinking in disappointment … “Colour doesn’t seem right, taste is wrong. Bin it.”  Bereft of hope, my head in my hands:  “Where’s the takeaway menu?”

Surely, it can’t be that difficult?  And it isn’t for those who know what they’re doing: having learnt from the very best in the business the skills and techniques you won’t find written in any cookery book.  Handed down from one generation to the next and only through on-the-job instructions complete with nodding approvals and snap chastisements is this precious knowledge unveiled.

So when my chance of an evening shift shadowing the head cook came my way I dared to dream the mysteries of some of my most favoured dishes would finally be unlocked.  My thoughts began racing:  I could finally recreate my own at home, develop new dishes perhaps?  Could I become a real chef?  My own TV show, a series of books and a chain of restaurants?

But you know where this is going, don’t you?

There’s not a lot you can learn from one shift.  And I don’t know if the secrecy is deliberate or just the way kitchens function but there are recipe secrets.  It might be a cooking method not fully revealed but more often than not it’s the secrecy of the sauces – ingredients or quantities not properly explained.  I get it.  These are recipes going back generations and rightly closely guarded by a family code I’m not sure even Bletchley Park could crack. 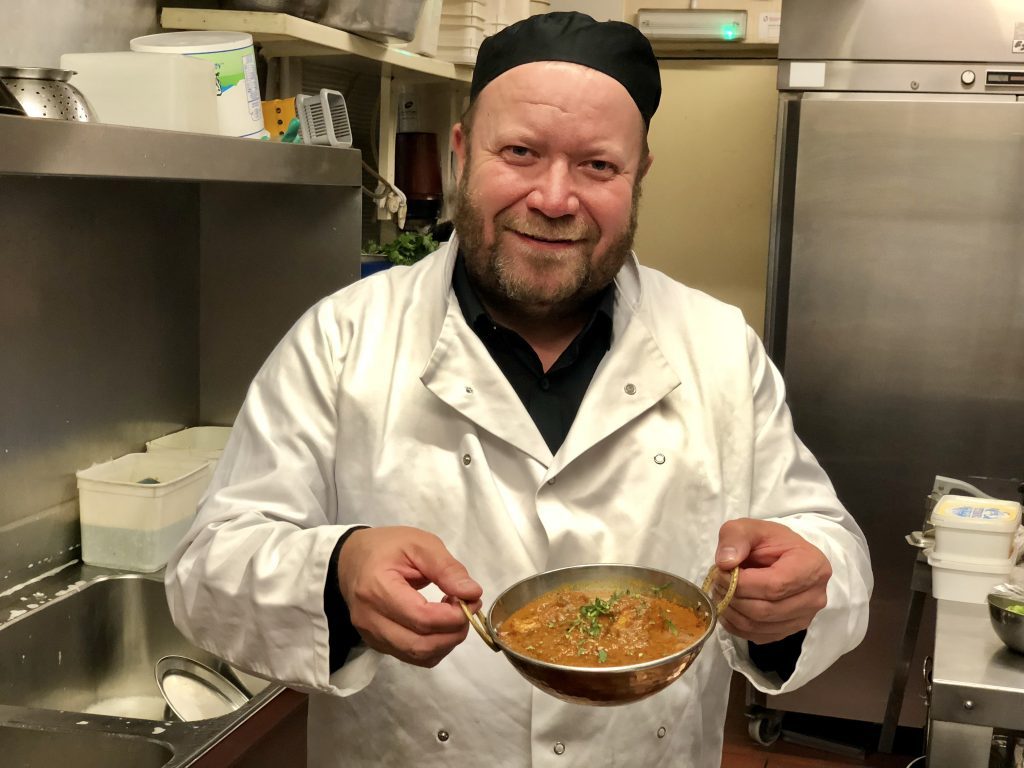 There’s also a kitchen choreography I hadn’t fully expected or appreciated.  The kitchen is small.  I am not.  It was already full of cooks, food preparers and washers all busily working to set routines peppered by the brief visitations of waiters hurriedly snatching at just-prepared dishes.  And it was hot.  All the burners were on along with a traditional tandoor oven.  Yet, my colleagues were calm and, remarkably reminiscent of the grace of a professional dancer, each glided effortlessly around the others never once crashing into anyone or anything.  Then, there was me.  I chopped the wrong ingredients, over-cooked a dish before finally getting one right and I bumped into every single one of my colleagues and a table.  Oh, and I splattered a pan with a masala sauce.

It was enormous fun and I’m grateful to the team at the Khyber Restaurant on Melton Road for an enjoyable and memorable experience but as the photographer of this piece rather sagely concluded:  “I think you should stick to the day job.”