Leicestershire County Cricket Club’s new Chief Executive Wasim Khan MBE is a man with a mission. After two seasons which has seen the club fail to win a single County Championship game, he’s set about making changes that he hopes will bring some cheer, not only to the sponsors, but to the long suffering supporters.

You may be wondering though what attracted him to the job? “I just recently finished an MBA at Warwick which from a business side of things really increased my knowledge”, shares the new Chief Executive. “Also in my previous employment I was Chief Exec of a very successful cricket related charity called “Chance to Shine”, something I’d been involved in for nine years, so this job at Leicestershire felt right from a timing point of view.”

Wasim clearly understands that he’s taken on a big task, but is reassured by the fact that the people he’s working with are passionate about the club.

“I think what I’ve tried to do is provide some leadership and direction and I’ve also looked to let people get on with their jobs. We have made quite a few changes and brought some new people in as well and that always freshens things up and I’ve addressed both the players and the staff in order to get things back on track again.” 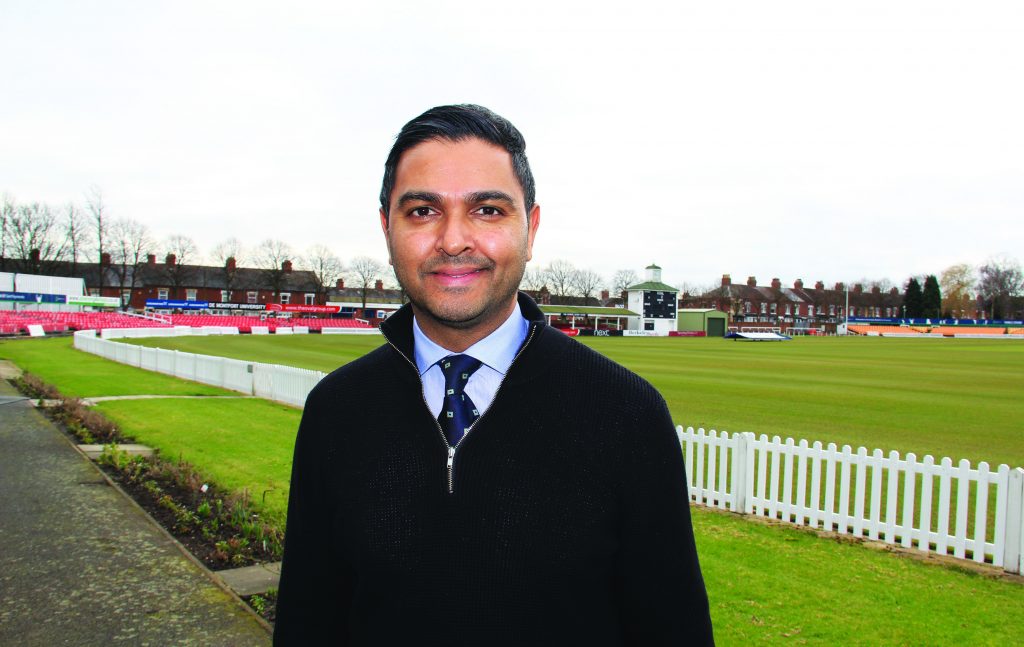 Grace Road is also a place that Wasim Khan played at while representing the likes of Warwickshire and Sussex in the 1990’s and he knows all about the success that the Foxes had back in those days, “The club won the Championship and of course went on to the win the T20 three times in later years and there’s clearly a huge rich tradition here. What I also have learnt is that fans of the other big sports in Leicester like football and rugby also want the cricket club to be successful, and that family feel to this City is something I’ve never seen before.”

The new head coach at Leicestershire will be one of its former overseas players from Australia, Andrew McDonald, and he’ll be working alongside Ben Smith and Lloyd Tennant. Wasim is excited about what Andrew can bring to the club, “All I hear about him is positives from lots of different people, and that he’s got a great cricket brain, and I went out to see him for two weeks in December and I’m really looking forward to working with him when he arrives, which unfortunately isn’t until April 1st, which is only a week before the start of the season.”

As for targets for the forthcoming campaign, Wasim is hoping that they can win their opening two home Championship games against Glamorgan and Northamptonshire and as a result push towards playing Division One cricket once again.