“Even god turns his back and walks away from the ones who Have no place or respect for a mother in their Heart.”

There is nothing like a mother’s love to her kids. Leicester-based businessman Kulvinder S Sethi of Anand and Daewoo International Europe knows that, and this is why he is hoping to raise awareness of the ‘Don’t Kill the Girl’ and ‘Save the girl’ campaigns, by backing a new music project that pays homage to women across the globe. 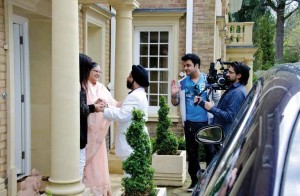 Kulvinder S. Sethi, also known to many as Vic Sethi, has been globally involved with various businesses and projects in order to put communities together. His new challenge is to raise awareness and give support to these female campaigns. He said: “There is no love like a mother’s love. She is the one who has given birth to us and brought us into this world making her our first love.

“My message is that please do not kill girls, in fact girls are very special and we should feel very blessed when a girl is born into our family.”

Vic, who has previously worked with well- known local singer Irfan Khan (known as IFFI-K) on a previous project, decided to collaborate on the song because it was about mothers – a topic very close to his heart.

The Kuwait-born businessman and IFFI-K met for the first time when they both attended a charity event organised by Pukaar News at Curve, Leicester in aid of the Pakistan flood appeal. After the event, the singer contacted Vic for support on a music video for bringing peace to Pakistan where a lot of innocent lives were being lost.

The title of the song was Allah Reham Karde, which means Oh God Have Mercy Now. On hearing the lyrics, Vic was touched and requested  IFFI-K to go ahead with the making of the video.

Vic said: “Everyone is equal. We all believe that there is one God and He exists everywhere and in everyone, then why look at everyone differently? We all belong  to one great family called “The Human Race”, and our motto is Humanity.” 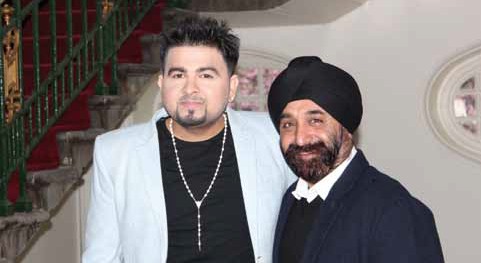 The businessman asked IFFI-K for one big favour in return for his support, and that was to produce a music video for a good cause for each and everyone, regardless of faith or background, and, in early April IFFI-K called Vic to discuss a new project which was to do with a tribute to Mothers. They both met over dinner and exchanged ideas and planned the storyboard.

Vic said about the track: “The song is very touchy and has a great tune and sound effects, which once heard, will be echoed in everyone’s ears. The song will bring tears to everyone’s eyes.”

Many people kill girls at birth or get women aborted once they know it is a girl. “None of us would exist and the human race would come to an end if there were no women.” says Vic.

A lot of locals starred in the video, which has been directed by Yasir Akhtar of Pegasus Productions and filmed in Leicester Town Hall.

“My dream has always been to promote the city of Leicester as not many people in the world have heard of it. So, I  decided to film the song in the Town Hall, which I  hired for a day via Cllr Deepak  Bajaj” says Vic.

Thinking about the devotion to his mother and all the matrons around the world, the memories take Vic back to his early years when he was studying at the carmel convent school of Kuwait, where he was taught a song of praise for mothers:

You gave to me all of my life

To do as I please

Mother, sweet mother of mine

Mother, you gave me Happiness much more Than words can say

I pray the Lord that

He may bless you

Every night and every day

Now I am grown

And I can walk straight

All on my own

What you gave to me

Mother, sweet mother of mine