New Walk Museum and Art Gallery is an attraction that first springs to mind when I think back to my childhood in Leicester. Located down the idyllic New Walk, it was a place I’d often visit on primary school trips or on rainy Saturdays with my family. Despite its development over the years, for me, the museum is one of the very few places in the city that still holds its charm. 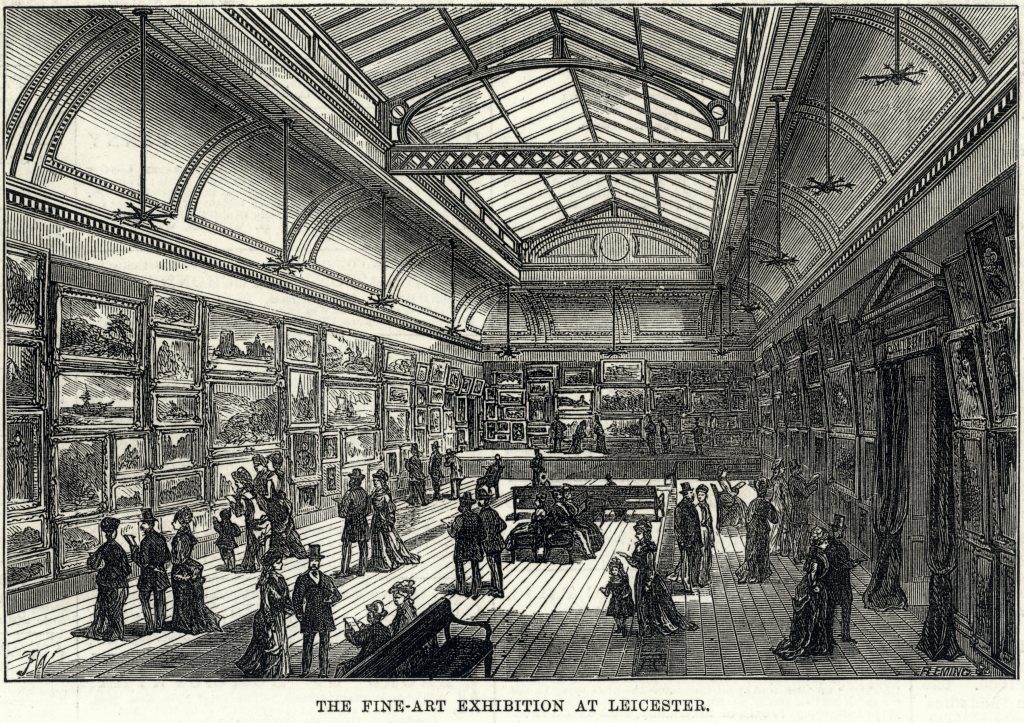 Built in 1837 and designed by Leicestershire architect Joseph Hansom, the museum originally served as the nonconformist Leicester Propriety School, but closed 10 years later. In 1845, an act of Parliament allowed local councils to levy a halfpenny rate to establish museums for the “Instruction and Amusement of the Inhabitants.” Thanks to the Leicester Literary and Philosophical Society and the presenting of its collection of 10,000 objects, the corporation purchased the building in 1848 and it was converted to a museum.

The Town Museum (as it was known back then) opened its doors to the public on June 19th, 1849. It was the first institution of its kind to open up in the country and was a way of healing some of the political and religious divisions which had cast a shadow over the town since the end of the 18th century. The idea was that the museum could be a free space where people from different backgrounds could come together to relax and learn about the wider world.

By 1870, the museum’s original collection had grown quite dramatically through the donations of local and former residents, and the lack of space was becoming an issue. Cases were dominated and crammed full with taxidermy birds and mammals, and so an additional lecture hall was built in 1876, incorporating the Leicester School of Art, leaving the original to house the geology collection.

The new lecture hall opened as an art gallery, but it stirred controversy as there were debates as to which pieces should be displayed. Between 1881 and 1893 over £10,000 was spent on 87 pictures including works by Turner, Cooper, Morland, Faed and Burgess, but not all of these selections pleased everyone. There were many complaints that some of the artwork had very little or no educational or artistic value. The most popular piece during the early 1900’s was William Small’s The Good Samaritan which is still on show in the gallery today. The painting displays the scene of a country doctor who has stopped to help a gypsy child. This piece was particularly favoured because it showed good Christian values.

In 1915 due to World War I, the lighting restrictions put an end to evening openings. Exhibitions surrounding the war were predominantly featured including one that promoted infant welfare. During the later stages of the war, exhibits, demonstrations and lectures focused on food production and food saving.

In November 1926, the museum acquired one of its most popular exhibits, an adult male giraffe from Kenya which was given the nickname George. Despite its popularity amongst visitors, the giraffe was transferred to Wollaton Hall Museum in Nottingham.

Towards the end of the war, the museum and art gallery slowly returned to normal and permanent collections returned soon after. In 1944 the collection titled Mid European Art proved less appealing to visitors at the time but what many people failed to realise was that it was the foundation of the all-important collection of German Expressionist Art. 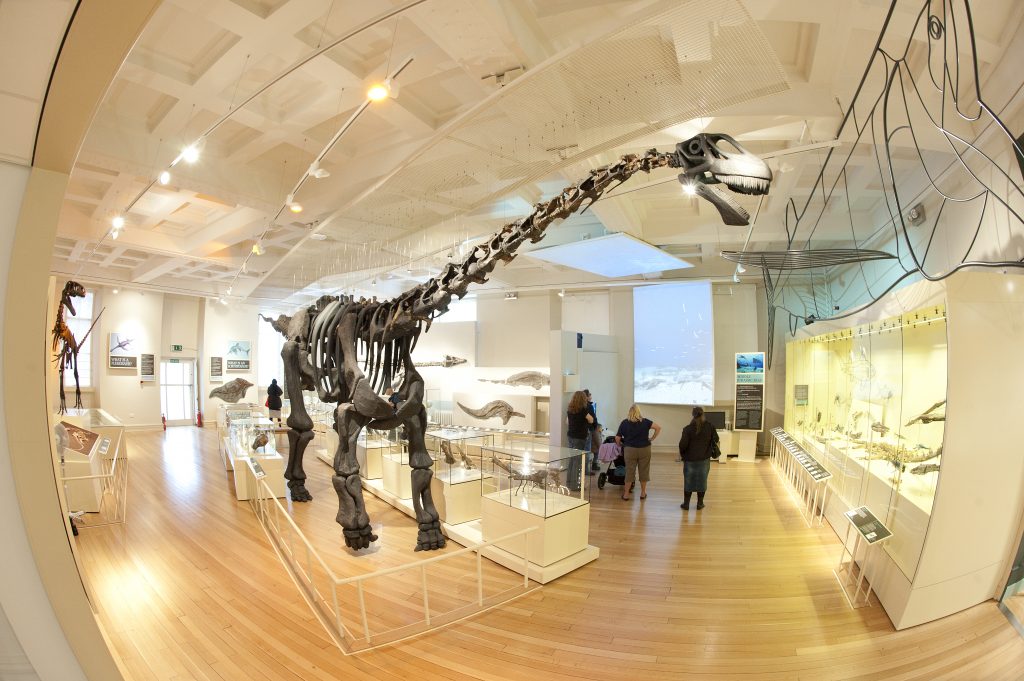 Between 1944 and 1976, the museum underwent several changes including the rearrangement of permanent collections and the relocation of others. The Historical collection moved to Leicester’s Newarke Houses Museum in 1947-49 and the Archaeology collection relocated to the city’s Jewry Wall Museum in 1965-66. Leicestershire County Council took responsibility for the Leicester Museums and Art Gallery in 1974. Another major reconstruction of the museum building took place between 1977 and 1978. The first floor became dedicated to art and temporary exhibitions and the ground floor exhibited the scientific displays, completed with the opening of the new Dinosaur Gallery in 1985.

The 150th anniversary of the museum was celebrated in 1999 and was marked with an exhibition and celebratory programme of which Lord Richard and Sir David Attenborough were patrons. The brothers shared an affinity with the museum and would spend their time as young boys discovering its treasures. In 2016, a portrait titled Attenborough in Paradise was specially commissioned by the City of Leicester Museum Trust to mark the 90th birthday of famous broadcaster and naturalist, Sir David Attenborough.

Today, the museum is still a popular place in the city and attracts over 200,000 people each year. Some of the permanent collections include Ancient Egypt, Dinosaurs, Wild Space, Picasso Ceramics and German Expressionism. It also displays a vast array of exciting temporary exhibitions as well as hosting events, talks and lunchtime concerts.

Over the years, New Walk Museum and Art Gallery has inspired and educated its visitors and still continues to do so today. Earlier this year, it replaced the staircase leading up to the first floor and was awarded a grant from the British Arts Council, enabling exciting future developments. In May 2018, the museum will unveil a newly refurbished Ancient Egypt gallery which will relocate to the first floor.

For more information on museums events and exhibitions visit: www.visitleicester.info