Pukaar Magazine’s Imogen Harry discusses the hardships of breaking into the mould of the acting industry with actor Mark Williams.

More greatly known for his doting father role as Arthur Weasley in the Harry Potter series, the Birmingham born actor has had an extensive and successful acting career that began in his school years.

When Mark moved away from the midlands to attend the University of Oxford he threw himself into acting and began within the touring theatre company Micron.

Since, Mark has starred in theatre, in blockbuster films, and in TV dramas with arguably his most famous cinema roles within the much loved Harry Potter series, 101 Dalmations, his TV appearances in Red Dwarf, The Fast Show, and most recently for his lead role in BBC drama series Father Brown. 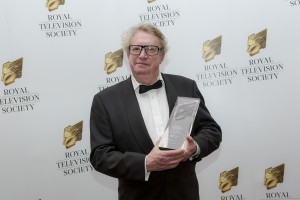 Mark is currently filming for the famous book turned film Heidi in which he plays brothers in a bit of a Tom Hardy style performance as the village post man and police man adding to his extensive list of cinema roles.

The acting industry has changed drastically over the years, evolving with the development of technology and its many abstract pathways into the profession.

Holding a very respectable charter of roles and years of experience of highs and lows in the profession Mark held one very distinctive piece of advice for those who believe they have what it takes: “If you want to be an actor you want to take one very very clear look in the mirror as that is who people are going to see.

“You need to be very certain that you want to do it, and I don’t mean ‘pretty sure’, you need to be certain.” 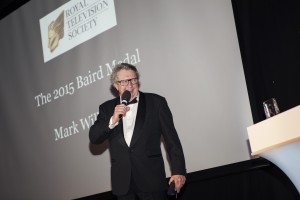 Mark advises that people should be prepared to suffer a lot of knock backs when attempting to make it in the ‘tough love’ industry: “People always think it is about big breaks but it’s not, it is a slog and if anyone wants to be an actor that is one of the things you must know.

“Another is that you have to come to terms with being unemployed because you wont be working all the time.”

When asked what he believed to be a highlight of his career Mark replied saying, “I wouldn’t call it a career, it is a branch of jobs stitched together by hope and fear.

“It’s all been exciting, I mean proper exciting.”