Tributes have been pouring in for British Asian actress Sophiya Haque who passed away on the evening of January 16 at the age of 41, after being diagnosed with cancer several weeks ago. 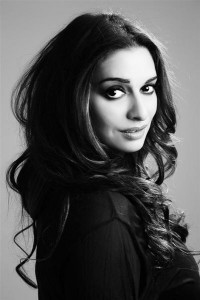 It has been confirmed that Sophiya, who had been appearing on Privates on Parade as part of the Michael Grandage season in the West End, passed away peacefully in her sleep.

Speaking about the loss, her agent Oliver Thomson said: “I would like to say that Sophiya Haque was a wonderful actress, a wonderful client but so much more than that, a wonderful friend. She was adored by everyone she worked with and will be deeply missed.”

Tributes have also been pouring in on the social networking site Twitter. Indian film actress, producer and director Pooja Bhatt wrote: “Tragic news about Sophiya Haque. One of the most gorgeous women to have walked this planet…Shine on where-ever it is you now are luv (sic).”

Sophiya began dance training from a very young age with Mary Forrester in her hometown of Portsmouth before training full time at The Arts Educational School London. After recording music with her band Akasa she caught the eye of the MTV Asia bosses, and later went on to make her mark in Bollywood, moving to Mumbai in 1997. 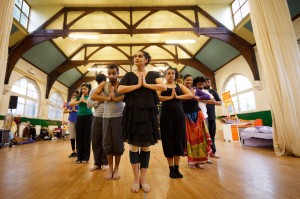 Speaking to Pukaar Magazine about her Bollywood career in a previous interview, Sophiya said: “I was just doing it for fun – I wasn’t having any big ambitions in Bollywood.

“My best role must have been with Aamir Khan for The Rising: Ballad of Mangal Pandey where I got to work with renowned choreographer Saroj Khan.” But the former VJ went on to add that she couldn’t get used to the hierarchy system in the industry. “If you’re a leading actor then you’re treated like a god and from the dancers downwards it’s like you’re getting your hands dirty. Being British you muck in don’t you? Having lunch with the crew is important to me, but if you tried to behave like that in India, people will be like no madam I will bring you your food.”

Sophiya made her return to the UK in 2002 to begin a two-year run of Andrew Lloyd Webber’s Bombay Dreams at The Apollo. She remained in the UK since and has worked across film, television, and radio, making a mark with the role of Puja in the Angelina Jolie film Wanted and playing barmaid Poppy Morales in ITV’s Coronation Street.

More recently she went back to her theatre roots playing the role of Soraya in Wah Wah Girls, Shindie in Rifco Art’s Britain’s Got Bhangra and Asha in Ghandi & Coconuts. Her last performance in Privates on Parade was shortly before Christmas in the West End. Before her death she had completed filming the regular character of Senkhara in the Nikelodeon TV series House of Anubis and as Sarla in the feature Jadoo.

HIGHCROSS – THE NEXT GENERATION OF SHOPPING