Leicester’s Team GB boxer and Commonwealth silver medallist Paige Murney spoke to David Wainwright about her introduction to the ‘Noble Art’ of boxing, her career so far and her hopes for the future.

Success came quickly to Paige in 2013, under the guidance of Ajmal ‘Hudge’ Butt at the Unity Leicester gym, by beating Portsmouth’s Charlie Southam to win the Under 66kg Junior ABAE National Championships: “When I beat Charlie, I realised that I was capable of doing well in the sport. She’d boxed for England, and I thought to myself, ‘If she can box for England, so can I.’

“My mum and dad didn’t like me boxing. But they have always been supportive with me wanting to box, and they understood that’s what I wanted to do.” 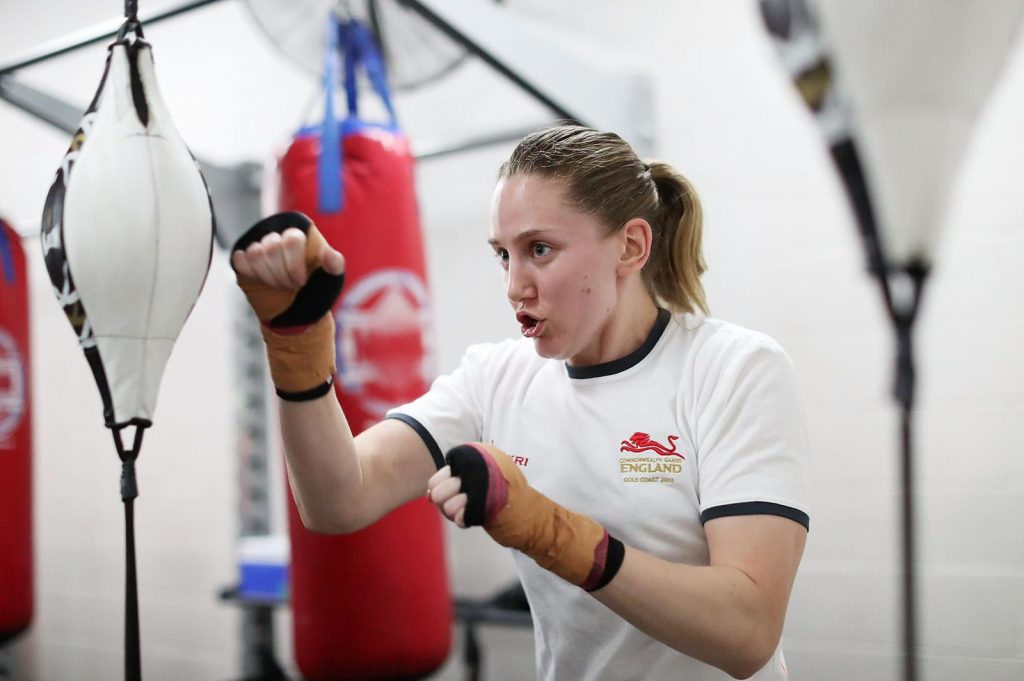 Further success came in 2014 when Paige won the Haringey Box Cup at London’s Alexandra Palace: “It was a good tournament to win, as you have a couple of fights in a relatively short space of time. I was busy boxing up and down the country. I was working and trying to fit boxing in around work. It pushed me more and made me hungry for more success.”

Any young fighter will tell you, that you need support from your employer at the start of your career and Paige was no different: “I worked for LOROS in their education department. They were brilliant if I needed any time off for any of the big tournaments; it was never a problem for them.”

In 2017, Paige won silver at the England National Elite Championships: “This was really hard. You’re fighting the best girls in the country. It doesn’t matter who you fight; they are all tough opponents.”

The 24-year-old Leicester fighter followed this up with gold at the 2017 Tri Nations: “The girl who beat me at the nationals couldn’t go, so I stepped in and beat the Scottish girl for the gold medal. It was brilliant, you’re representing England, and you get to wear the England vest. It gave me a taste of what it was like to represent my country, and further proof of ‘this is what I want to do’.”

2017 ended with bronze at the EU championships which was bittersweet for Paige: “I don’t really talk about that medal as I don’t feel that I really earned it. I didn’t have many fights to get myself into that position as there weren’t many entries at my weight. It was my first big tournament out of the UK, but was a great experience as I mixed with more experienced teammates and different boxing styles.”

During her breakthrough year, Paige had already become a part-time member of the Team GB squad in May 2017. The coaches offered her a route into the squad full-time by dropping down from 64kg to the Olympic weight of 60kg: “I had my first fight in the November against the world number three and Olympic bronze medallist Mira Potkonen, which was a huge test. I lost on points, but I boxed really well. One of the Team GB coaches was there, and they took me to Serbia for a tournament in January 2018 where I lost in the final. Ultimately the drop-down in weight helped me get picked to represent England at the Commonwealth Games.”

Getting picked for the games was a real boost for Paige, as she was the only member of the boxing team to still be part-time on the Team GB programme: “I was very much the ‘Underdog’ of the team, nobody really knew what I was capable of. Rob McCracken (Team GB Performance Director) told me to go out there and enjoy myself, as there was no pressure on me.

“After all the training I’d done with Hudge and all the Team GB coaches, I knew if I went out there, relaxed and performed at my best, I could possibly come home with a gold medal. I came away with a silver medal, but I’d shown people what I was capable of.” 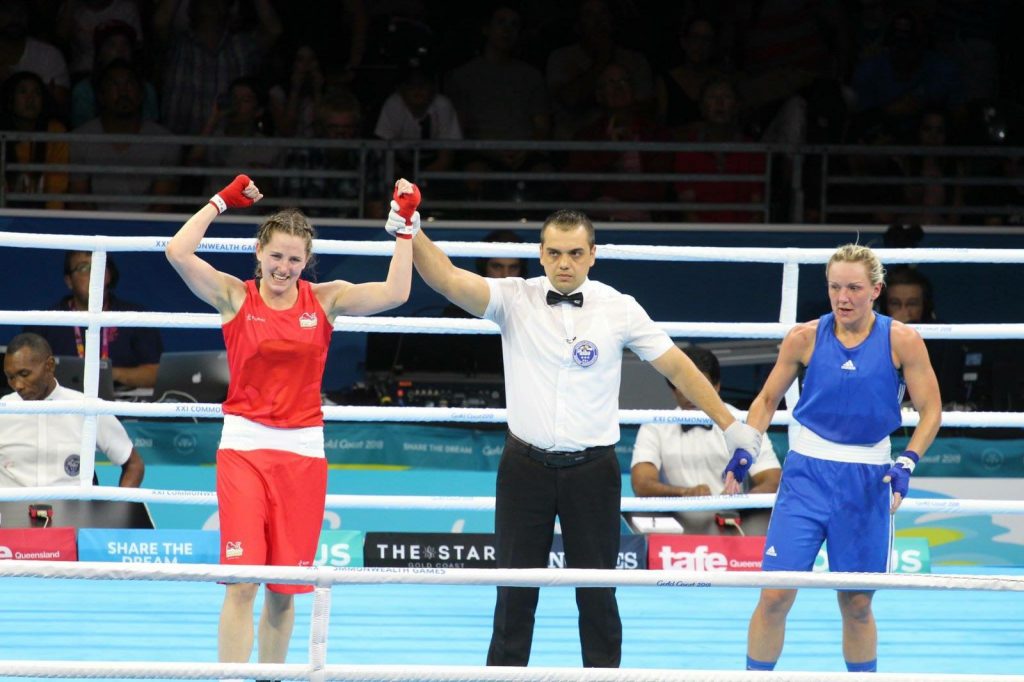 Now a fully-fledged member of Team GB, Paige admits that this has helped her boxing: “I feel like I’ve improved as I no longer have to work, I can give boxing my full attention. Then when I’m home, I’m in the gym with Hudge refining my skills.

“It took a bit of time to adjust going from having one coach to six or seven, but it’s definitely helped me. Going back to Sydney, I had all this fantastic support, but having the familiar voices of Hudge and Shaun Tait in the background helped as well.”

Since Sydney, there’s been a further success for the Leicester fighter, winning silver at the Cologne World Championships in April this year: “I’ve got to be on my toes as I’ve got Shona Whitwell and Hannah Robinson pushing me for my spot in Team GB. I need to keep performing and winning. Also, the Olympic qualification tournaments take place early next year.”

Paige also paid tribute to her coach Hudge: “We’re one big family at the Unity Gym. To have that bond at the gym is important to me, it doesn’t matter where I am, I know they are all behind me. I’m always in contact with Hudge, I know I can talk to him about any problems I have inside and out of boxing.”

The help of sponsors has been vital to Paige’s on-going success: “I’d like to thank Avi Dhir at AD Cars in Coalville who has been a great help to me. Jenny Broughton at Wren Therapies, who helps with massages and things, Richard Wall and GMB At Work. It all helps with my boxing. I’d also like to thank everybody who has sponsored me in the past.

“I also couldn’t have done any of this without the support of my family. Their support to me has been unbelievable through everything I’ve done in the sport,” she added.

Finally, talk gets around to Tokyo 2020 and the possibility of turning professional: “I’ve not really thought about it, to be honest. Women’s boxing is on the rise, and it would interest me to turn professional. All my focus is on the Olympics though, it’s been my dream since I started boxing and I want to do the best I can.”