There are more individuals in slavery today than there were at the height of the transatlantic slave trade, writes international journalist Jeralita Costa.

The supply chain for the goods that we use and the food we eat every day enslaves more people than at any other time in history. Did you give your sweetheart chocolate for Valentine’s Day? It is estimated that 40 per cent of the world’s cocoa beans are harvested by more than 200,000 enslaved children on the Ivory Coast alone.

That mobile phone you use, it has capacitors made with Coltan. 64 per cent of Coltan reserves are located in the Congo where child labourers are forced to work from sunrise to sunset. Even your clothing may contain cotton picked by the 1.4 million children forced to work in Uzbekistan fields.

Human beings as a commodity have become the fastest growing criminal industry in the world. It is estimated that human trafficking is a £22 billion industry worldwide, second only to the criminal drug industry. Human trafficking is growing in scope and magnitude because human beings are a commodity that can be used over and over, and sold over and over. This is also the difficulty in tracking and quantifying the scope of the problem because victims are repeatedly moved or sold. International trafficking victims often pass among multiple traffickers, moving further and further from their countries of origin.

If you think human trafficking only happens far from where you live, then think again! Saeeda, a deaf Pakistani woman, was 10 years old when she left Pakistan for Manchester for a job as a domestic worker. For nearly a decade, she was abused, raped, and beaten by her employers, a Pakistani couple.

Now in her 20s, Saeeda told the courts that she was confined to a cellar and forced to work as a slave. Her abusers have been accused of human trafficking, sexual offences, imprisonment, violence, and fraud; they have both pleaded not guilty to the alleged charges. It remains unknown why the couple was permitted to recruit a girl of this age as a domestic worker.

Mike, a former personal trainer who ran marathons became unemployed and homeless, living on a beach. Desperate for work, when he was approached by a man offering him accommodation and work for £20, he took it. He reportedly found himself living in a filthy hut and was paid £5 to £10 a week for hard labour doing groundwork seven days a week. He reported that he was hit once and that he witnessed others hit daily. Mike felt trapped and unable to leave because of the threat of violence. Ultimately, the site was raided by police after they suspected men were being used as slaves.

Irina (not her real name) is a Romanian national who was brought to the UK under the pretence that she was going to work in a restaurant. However, when she arrived in Leicester she was forced into sexual slavery and made to have sex with up to 15 men a night. She was shown photographs of her young daughter who was in Romania and told that her child would be harmed if she didn’t comply with their instructions. She was also forced to have sex with one of her captors to pay for her rent.

While the term ‘trafficking’ is frequently used to describe international or cross-border activity, as improvements in reporting and research continue it is becoming ever clearer that the majority of trafficking takes place domestically within nation-state borders. Reports indicate that sex trafficking constitutes 79 per cent of all human trafficking and nearly all victims of sex trafficking are women and girls. 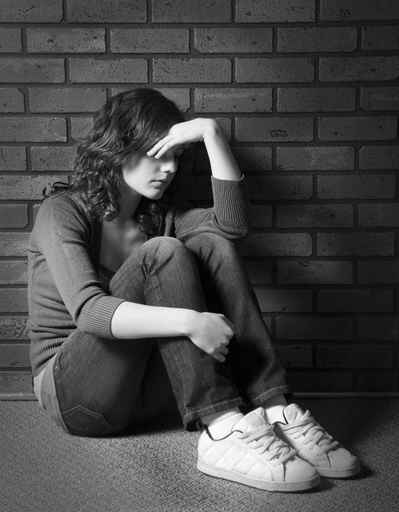 The United Nations makes clear that human trafficking is a crime against humanity with its definition of the term indicating ‘the harbouring or receipt of persons, by means of the threat or use of force or other forms of coercion, of abduction, of fraud, of deception, of the abuse of power or of a position of vulnerability or of the giving or receiving of payments or benefits to achieve the consent of a person having control over another person, for the purpose of exploitation’.

Ending human trafficking will take a multi- faceted approach and each of us has a role to play. Reducing the demand for cheap merchandise manufactured in sweatshops with labour provided by people in bondage requires all of us to make conscious decisions about what we buy. When you buy that brand name clothing do you know where it is made? Do you know where the fruit and vegetables are coming from that end up on your dinner table? Do you pay enough notice to the people who serve you to determine if they are working for real wages or being forced into servitude?

In the case of sex trafficking victims like Irina, gender inequality is often the root cause. Entrenched cultural beliefs lead people to see females as a commodity that can be bought and sold. To eradicate sex trafficking, demand must be eradicated. A study of men who purchase sex in London found that the men come from various backgrounds. In the study, 47 per cent of the men were white, 11 per cent were black or African, 10 per cent were Asian, 10 per cent were Indian or Pakistani, four per cent were eastern European, and another 14 per cent included a range of nationalities.

Their incomes ranged from less than £20,000 to over £50,000. Fifty-four per cent were in relationships. Reducing demand requires education about the very real harm to these victims along with strong deterrents for the consumers.

Victor Malerek, a prominent Canadian journalist and author that studies trafficking and demand, said: “Without men, there would be no demand. There would be no supply, either: It would not be profitable for pimps and criminals to stay in this business if platoons of men weren’t prowling side streets in search of purchased sex – male buyers who are willing to close their eyes and shell out $50 – $100 for a few minutes of physical bliss while deepening the misery of countless women and children.”

What can you do to address and prevent human trafficking? You are invited to take the survey at SlaveryFootprint to get an estimate of how many enslaved people contribute to your personal lifestyle.

Be aware of what is happening around you. Learn more about human trafficking. Volunteer your services to support a program that is helping trafficking victims: perhaps you are a musician or artist who could donate proceeds of a show to support a local program or you have another talent that could be helpful. Help distribute leaflets and put up posters as part of a community education program or invite speakers to come to your work, school or organization to talk about human trafficking.