One in seven road deaths occur as a result of drink driving. In a bid to stop people from getting behind the wheel while under the influence of alcohol, two parents relive the horrifying ordeal of losing their children. 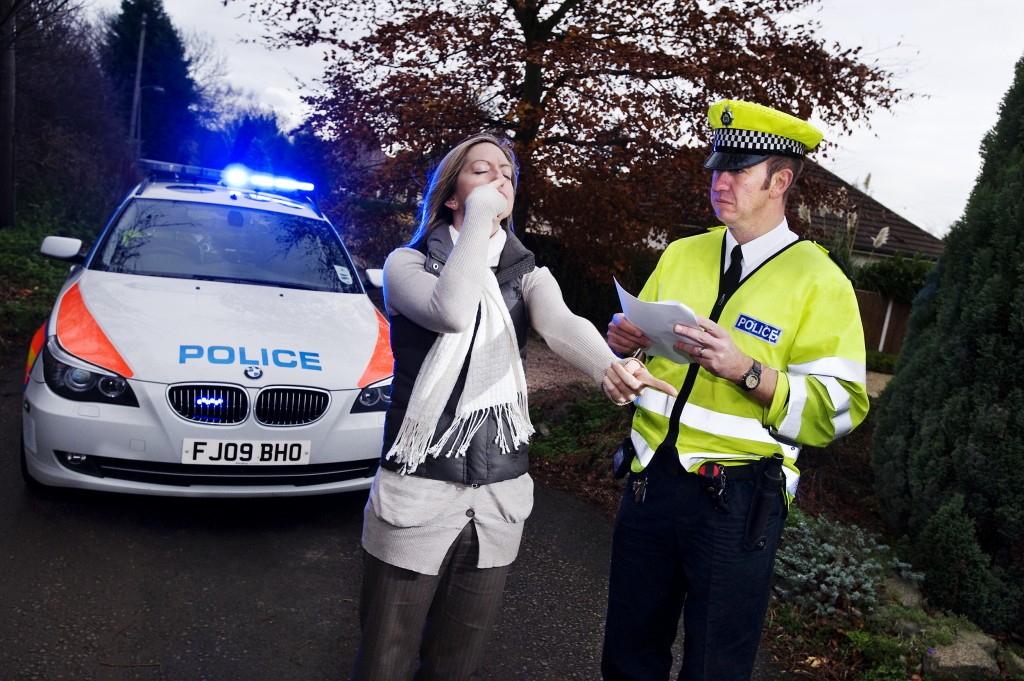 As we embark on the festive season, many of us will be looking forward to Christmas parties and socializing with our family and friends. Sometimes it is easy to get caught up in the moment and forget about acting responsibly. If you’ve had a few drinks or know someone who has, do not let them get behind the wheel, because the consequences can be completely devastating.

According to figures from the Department of Transport in 2010 it is estimated that five per cent of all road casualties occurred when someone was driving over the legal alcohol limit. In 2010 around 250 people were reported to have been killed in drink driving related accidents.

A spokesperson for the independent road safety charity Brake, said: “Drink driving remains one of the biggest killers on our roads, resulting in one in seven road deaths. Even small quantities of alcohol seriously impair driving ability, too often leading to devastating and needless casualties. A blood alcohol level well under the current UK limit can affect reaction times, lane keeping and increase risk taking, that’s why we’re promoting our ‘not a drop’ message and calling for a zero tolerance approach to drink driving from the public and the government.”

Michael Ellis, from Uppingham in Rutland is an engineer by profession but has been a volunteer with Brake for the last two years after he lost his own son Chris in a fatal road accident in October 2007. Aged 17, Chris was a keen sportsman and academically clever too. He played Rugby for Oakham and had recently been promoted to play for the men’s team. He was on his way to undertake a degree in business studies and computing at Nottingham Trent University in the forthcoming year after completing his A Levels at Oakham School. After saying goodbye to his parents one Saturday afternoon, he sadly never returned home.

Chris went off with a group of friends to watch a Rugby match and then gathered for a few drinks and a card game at a friend’s house. At around 3am they decided to get something to eat and as nothing was open in Oakham they decided to drive to Corby.

Michael added: “The chap that he accepted a lift from was a close friend of his and had been for many years. On the way to Corby the boy lost control of the vehicle as he was influenced with drink and we didn’t know at the time, but he had also consumed some cannabis. When he lost control of the car it swung round on the passengers side and hit a slow sign. Chris was crushed. He was pulled from the car by his friends but died at the scene.” Chris’ friend who was driving was given a three-year sentence but served around 16 months, however Michael has had no contact with him since the accident.

He said: “Pain has become a friend of ours and it reminds us of the love we had for Chris. We carry it on a continuous basis. It’s a terrible situation for a mother to lose a child and she’ll never recover from it. Some people manage to live a normal life with grief – I’m talking from a woman’s perspective. Some turn to drink. A  normal family unit can become a dysfunctional family over a night. It’s a tremendous shock to everyone involved in the situation.” 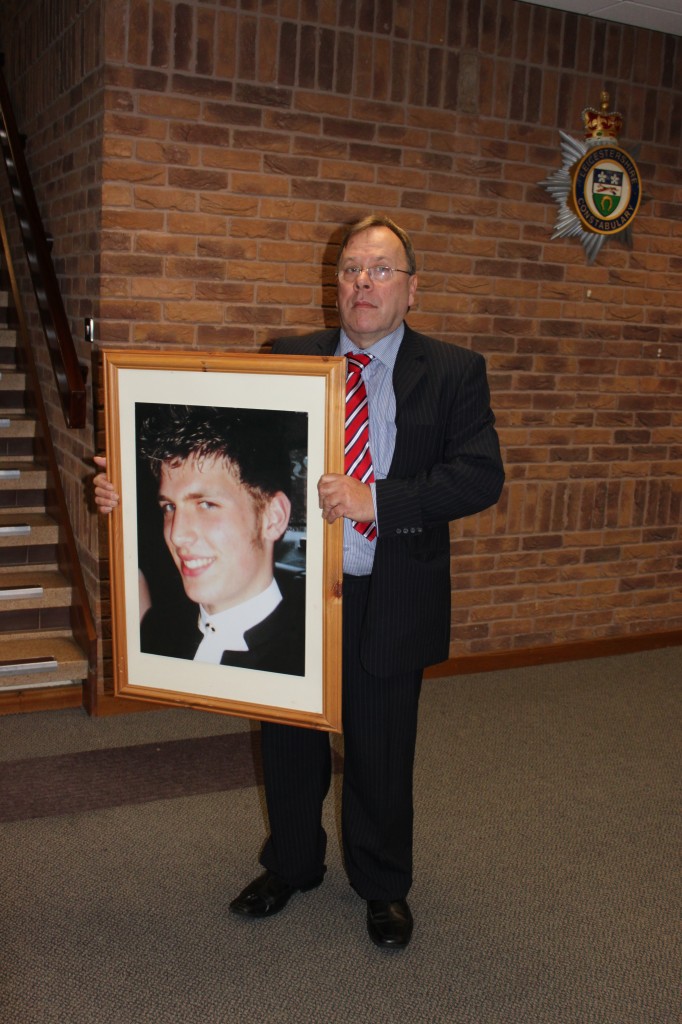 Michael spends his time helping other families deal with the loss of their children through Brake. Speaking about some of the tragic cases the charity has dealt with, he talks about instances where parents have lost all of their children in one accident, or where some mothers have taken their own lives. One particular case involved a woman who stood in front of a train to end her life.

Dawn Bycraft lost her only child David Johnson in 2004 when he was killed by a drink driver in Elmsthorpe. David, 33, who lived in Earl Shilton was riding on his motorbike with his fiancée when a car crashed into them. His fiancée was thrown backwards and landed on a 6ft wall suffering a broken pelvis and a broken leg, while David was thrown onto a driveway and broke every bone in his body.

Dawn, who lives in Peterborough, was an only child herself and shortly after the tragic loss
of her son, she lost her mother who suffered a stroke on hearing about David’s death. The strain of carrying such a burden has also taken a toll on her marriage and she has currently moved out of her house and is living away from her husband as she finds it difficult to deal with the memories of her loved ones in the house they once used to share.

She said: “Eight years on I still find it hard to deal with. My faith has helped so much, but I feel guilty that I’m living my life, not doing anything fantastic, just helping charities and doing my best to help other people. But he was completely cut off and is not living anymore. My boy used to help everybody and anybody and was so full of life. It’s hard to deal with the feeling of guilt even though it’s not my fault. I’m determined that if I can just save one person going through what we’ve been through then it will be worth it. I know David wants that.”

David’s killer got a three-and-a-half-year sentence in prison and served a total of 18 months. Unusually, Dawn actually went to visit him in prison to ask what had happened on the day of the accident and to try and forgive him so she could come to terms with the loss and find some closure.

When asked how we could prevent such accidents from happening in the future, Dawn said: “You just have to keep on going on at people. I think pubs for example should have a big poster at the back of the bar to say don’t drink and drive and the landlord can take more responsibility. They must know that all the people who have cars in the car park aren’t just going to be drinking orange juice.”

Michael believes that people should be more educated about driving responsibly and be aware of the consequences. He said: “The scene of an accident is not so clean like they show on television. On many occasions bodies have exploded from the impact. There was one accident where a car hit a van and the impact was so great that the occupants of the vehicle were thrown from their car and travelled around 100 yards. When the police and fire brigade got there they had to do a search to put all of the bodies back together.

“The problem is a combination of drink awareness and driving. If you look at the stats that come in, a large percentage of youngsters are killed within the first year of getting their license.” Michael suggests implementing a system used in many European countries about having a probationary period where the driver has to obey to a curfew or is only allowed to take a certain number of passengers in the car at any given time.

Leicestershire Police have actively been campaigning against drink driving including leading three recent campaigns. ‘Sober and Motoring’ or ‘Sam’ (June 2011) encouraged groups to pick designated drivers and bars in the city gave out free soft drinks to each driver when two alcoholic drinks were purchased by passengers. ‘None for the Road’ (December 2011) reminded people that the best approach to driving is to not have any alcohol at all and the ‘Win, Lose or Draw’ campaign (June 2012) reminded people they might well be over the limit ‘the morning after the night before’.

Be Bold This Christmas