Leicester City’s Christian Fuchs says they are as capable as anyone.

For as long as I’ve been a sports journalist, we’ve been having the debate over whether Asians can play football at the elite level. A few, like Zesh Rahman at Fulham and Michael Chopra at Newcastle, did briefly threaten to settle it, but their time in England’s top division was all too brief.

A recent report showed that out of the thousands of players in the English football leagues, you could probably count those from an Asian background on your fingers. It’s pretty much the same when it comes to coaching; research from Loughborough University found that fewer than five per-cent of all senior coaching positions, at professional clubs are held by Black or Asian coaches.

Those statistics are stark considering the popularity of the Premier League amongst British Asians. There’s also many youngsters who turn out to play the game for their local clubs, not just around Leicester but across the whole country, where there’s a sizeable Asian population. 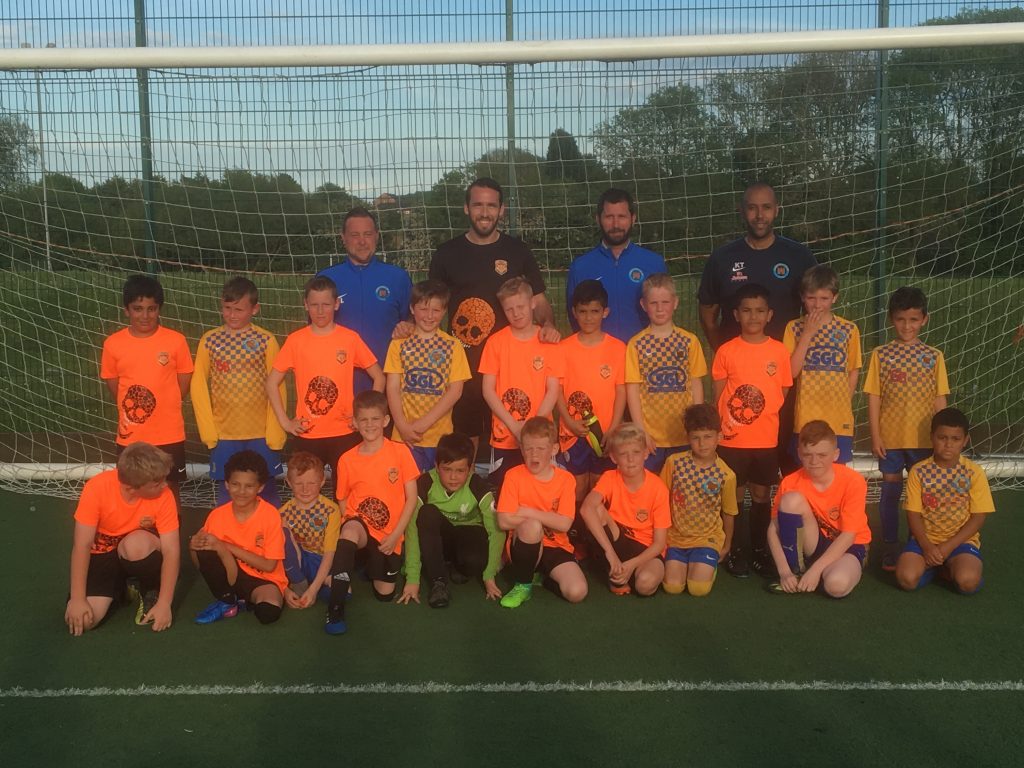 Various theories have been put forward about why so few Asians play the beautiful game, from their culture and their preference to play cricket to their lack of physical prowess, strength and favouring to focus on their academics. Racial hostility, especially in the ’70s and ’80s, did play a part in a lot of parents steering their children away from the game, but that’s changing now and the enormous financial rewards on offer for professionals, is playing no small part in presenting football as a viable and lucrative profession.

Leicester City’s Premier League winning Austrian international, Christian Fuchs, runs his own coaching school, called the Fox Soccer Academy. Amongst the academy’s students are several Asian kids: “They have the same ambition and quality.” he says.

Fuchs also says he doesn’t agree with the myth that Asians are not physically as capable as other players. “It’s all about how you get educated in football. They are mentally fit, they know what it takes and if you then have the right coaching, it’s nothing about where you are from, which culture you are from, it’s just about having the right training from the early ages on, then having the mentality to progress, not be lazy but to work hard every day.”

The Austrian started his footballing journey when he was six years old, and he says his parents played a crucial role in his development. He also does stress that at that age, football should be fun:

“You should not give the kids too much pressure in the early ages. I mean football should be fun especially when you’re six, seven, eight. Up to 10 years old you’re playing it because you like it, it’s your passion and you want to have fun. Later, when you become a teenager, you can see if you have the potential to get there.

Fuchs also says getting an education and being a professional player can go hand in hand, something which I’m sure a lot of Asian parents will agree with if they do happen to have a potential footballer on their hands.

“I did it myself, I wanted to finish school with a degree even though I was a professional. It was a lot of effort but I did it,” says the talent.

Over the years, one of the most frequent complaints I have heard when speaking to coaches at Asian clubs up and down the country, was that their talented players weren’t picked up, because scouts from professional clubs rarely turned out to see them play.

Rakesh Verma is a children’s football coach at Glenfield United in Leicester, and he also works alongside Fuchs at the Fox Soccer Academy. He says it’s important for local clubs to push for scouts to come around and see their talent. He also stresses the importance of Asian parents making a commitment to help their children and be invested in their future: “Parent have to make sacrifices, ferrying their kids to matches and training, standing at the pitch side on a cold Sunday morning, and looking for opportunities.”

Verma also says the Leicestershire and Rutland FA are very helpful in pointing parents in the right direction, so they can always seek help and advice from there as a starting point.

It does seem that things are slowly changing; the current Premier League champions Chelsea were the first professional club to recognise the need to give young Asians a leg up and to boost their chances of making the top grade. They launched their own Asian Star initiative back in 2009, when they invited youngsters aged between 9 – 12, to come and show off their skills. This year the event was held at Stamford Bridge and hopefully other clubs will follow their lead.

Neil Taylor has been a regular for Swansea City and played for Wales in the Euros.

This season Leicester City’s very own Hamza Choudhury made his senior debut at the King Power stadium so the search for a British Asian soccer star is nearing its end. All it takes is one player to be able to break through, which would then provide a positive role model for others to follow. Let’s hope this year will be the year to break the mould.