As the excitement grows for the forthcoming 2012 Olympic and Paralympic games, people from around the world are coming together to celebrate this global athletic competition. 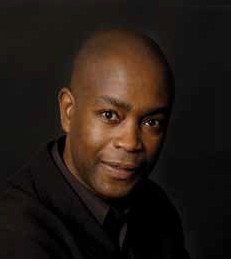 Cultures from across the globe are uniting to create something unique, an artistic machine where world music meets classical tunes. From this premise starts Ballare: To Dance, the new musical experiment from Philip Herbert, one of the UK’s leading Black classical composers, and creative producer Pawlet Brookes.

The show will capture the union of world-class musicians, known as Timescale Ensemble, who come from major orchestras such as the Philharmonia, the Royal Philharmonic, and the Berlin Staatskapelle opera orchestra as well as established soloists, which will reflect the cosmopolitan nature of the games and put the UK through its paces. It is an opportunity to taste, sample and share in a cultural experience of the richest kind, through their artistic and creative projects, designed to bring people together, harmoniously.

Internationalism comes to the limelight in a concert that takes an audience on a voyage across the African Diaspora, Argentina, Cuba, India, Mexico and Spain, through a colourful sound of classical music scores with strong world music flavours, which connect with international dance traditions.

The event features two new works. One is Mantra for an Athlete, a piece that connects India to the West and is inspired by theLondon 2012 Olympic and Paralympic Games.

Philip Herbert, the creative mastermind devising this musical phenomenon and alluding to the project’s hallmark, says: “We need more experiences to come together to celebrate our differences and our similarities so that we can cooperate in our society, with confidence and trust in each other.”

The other piece in the concert is a Suite for Solo Steel Pan and Strings which is modelled on the Baroque dance suite, reinvented to include contemporary dances from the Caribbean and further afield within the African Diaspora. The choreographies include influences from Bruckins Party, the Quadrille, Zouk, and a Courante, an expression of the French influence in the Caribbean. A highlight of this work is embodied in the performance of a ‘Hoofer’s’ song using percussive sounds generated from the dancer’s shoes, rather like an instrument from the percussion section, to interact with musicians as another musical instrument, adding in that way another musical layer, and exhilaration to the performance.

Ballare: To Dance will premiere at the Peepul Centre on October 6 as the closing event of the Cultural Olympiad programme in the East Midlands.

INTERNATIONAL RETAILER WITH TRADITION AT ITS HEART