Pukaar highlights the work of Leicester design agency Arch Creative which proves you don’t have to be in the big city to bag the big clients.

There’s something heart-warming about a good success story. Whether it’s the tale of a farm boy who would revolutionise America’s transport industry in the form of Henry Ford; the college drop-out, turned hippie, turned household name a la Steve Jobs; or three friends beginning a design agency from a spare bedroom which seven yea s later counts Thorntons, Samsung and Pretty Polly among their clients-this is the story of design agency Arch Creative. 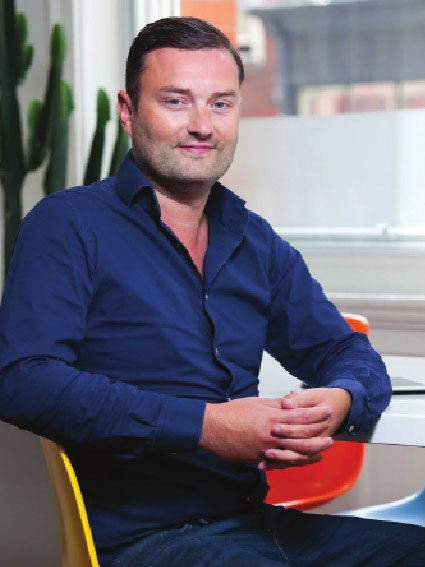 This year the agency was runner-up in the Leicester Mercury Business Awards in the Services category. Directors Joe Nixon, Luke Harrison and Darren Farman were recognised in Leicester Mercury’s ‘Rising Stars’ and were chosen by UK chocolate giant Thorntons to create the illustrations for the refreshed Nostalgia product range and packaging re- launch. When the 100-year-old company, which is our only remaining independent chocolate company, wanted to design a new range of bags, boxes and quintessentially British Toffee slabs, it decided to enlist the services of Arch Creative ahead of agencies in ‘bigger’ cities such as London or Manchester.

Joe said: “Leicester is putting itself on the map for great design services and we’re proud to play our role. The aim was to create something that showed off the brand’s heritage, remained fun and amusing and engaged a younger demographic without alienating the existing older market.”

Arch’s designers began with illustrations of Norman and Stanley Thornton, sons of the original founder Joseph Thornton, and illustrated a range of Heath Robinson-style mechanical contraptions to set the scene of a factory environment. They introduced animals and were involved in the production of a Monty Python-style animated video, which has been used as part of an integrated Facebook campaign by the company. Their designs were adapted for window displays in Thorntons 286 shops, 186 franchises and a strong Point of Sale supermarket presence throughout the UK.

Among Arch’s other big-name clients are Samsung, Pretty Polly and Compass Group – the world’s largest food service company managing national venues such as the Millennium Stadium and the O2 Arena.

Speaking of their journey, Joe said: “We have worked hard to establish our company in difficult times. Our passion for design has driven us and continues to push forward our company. The great thing about our industry is that it’s constantly changing, and we can’t wait to get involved with what’s happening next.”