Earlier this year a bronze statue of Leicester’s leading suffragette, Alice Hawkins was unveiled in the city centre. Here, Jessica Challoner-Sterland speaks to the sculptor, Sean Hedges-Quinn.
2018 marks the 100th anniversary of parliament passing the law which granted some women the right to vote. To celebrate this milestone, seven ‘Centenary Cities,’ across England have already begun hosting a range of activities and projects to mark the occasion that will run until the end of the year. 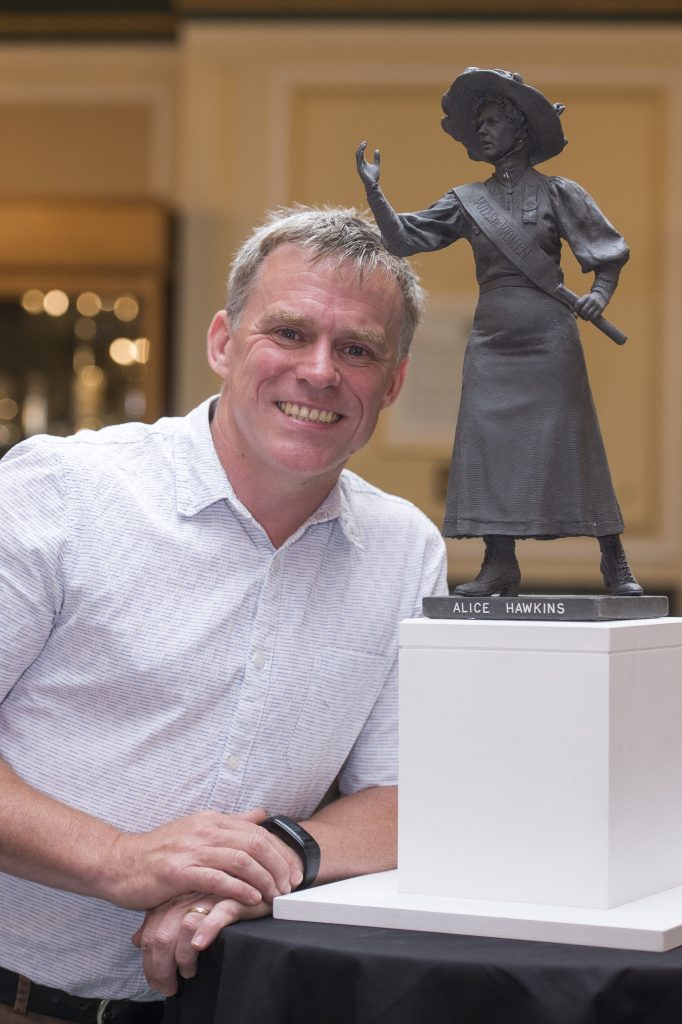 Bolton, Bristol, Leeds, Leicester, London, Manchester and Nottingham have all been recognised for their strong links to the women’s suffrage movement in an aim to inspire and educate people about this pivotal moment in history, as well as to remember the incredible individuals who helped make votes for women possible.

In Leicester, that individual was Alice Hawkins. She was born in 1863 in Stafford and by the age of 13, she was working as a machinist at Equity Shoes in Leicester. Aware that the working conditions and pay for women in the workplace were second-rate to that of the opposite sex, Alice began her battle for equality. She regularly addressed Leicester crowds on topics surrounding equal opportunities and votes for women and was an active member of the Women’s Social and Political Union (WSPU). Throughout her years of campaigning, Alice was imprisoned five times for the militant action she took. But sadly, due to the Great War in 1914, suffragette activity ceased in order to show support for the nation

It was announced last year by Leicester City Council that Alice would be commemorated with a statue thanks to a donation by a local businessman, Jamie Lewis. Honoured with the commission was sculptor Sean Hedges-Quinn. For almost 20 years, Sean has been producing sculptures for films, TV and museums and now concentrates on creating and sculpting figurative bronze statues for the public domain. He shares how the commission for the statue of Alice Hawkins came about: “As a professional sculptor I generally keep my finger on the pulse. I’m constantly checking the internet and news for any new statues and commissions being planned. It just so happened that Alice was being considered so I sent in my C.V and expression of interest.”

And how must it have felt to be asked to create a statue of an iconic figure in Leicester’s history?

“I am always excited about being asked to create memorials to significant historical figures; Alice’s statue was of particular interest to me quite simply because she is a woman. I had only ever been asked to sculpt one other woman in 16-years of sculpting which was of Gracie Fields in Rochdale, so that was an added attraction. I love history and I love sculpture. To me, this project was an exciting proposition.”

Sean explains that getting a good likeness of a person, although important, is only a small part of the process of creating a statue: “As an artist, you have to bring out the personality of that person, the very essence of who they are and what made them who they are. Alice was no exception to that rule. I thoroughly researched her life, studied photographs and tried to get under the skin of her achievements and how she became one of Edwardian Britain’s most important Suffragettes.

When I had exhausted myself with information regarding her, I processed it all and created the pose that is of a strong-willed, determined and dedicated individual. A woman who believed in what the WSPU was trying to achieve in raising awareness of every woman’s right to vote. I portrayed her arm reaching out to the people of Leicester, crying out to all women regardless of social standing, to rise up and demand the vote. I like to think this is how she would have looked in her pomp 100 years ago.”

Sean worked on the project for around nine months and the statue was finally unveiled by Alice’s family in Leicester’s new Market Square at the beginning of February in front of hundreds of spectators. Prior to the special event, a mass procession took place which was led by city councillor Elaine Pantling who played the part of Alice Hawkins. She led the crowds from Humberstone Gate East to the Clock Tower before heading to the new Market Square for the unveiling. 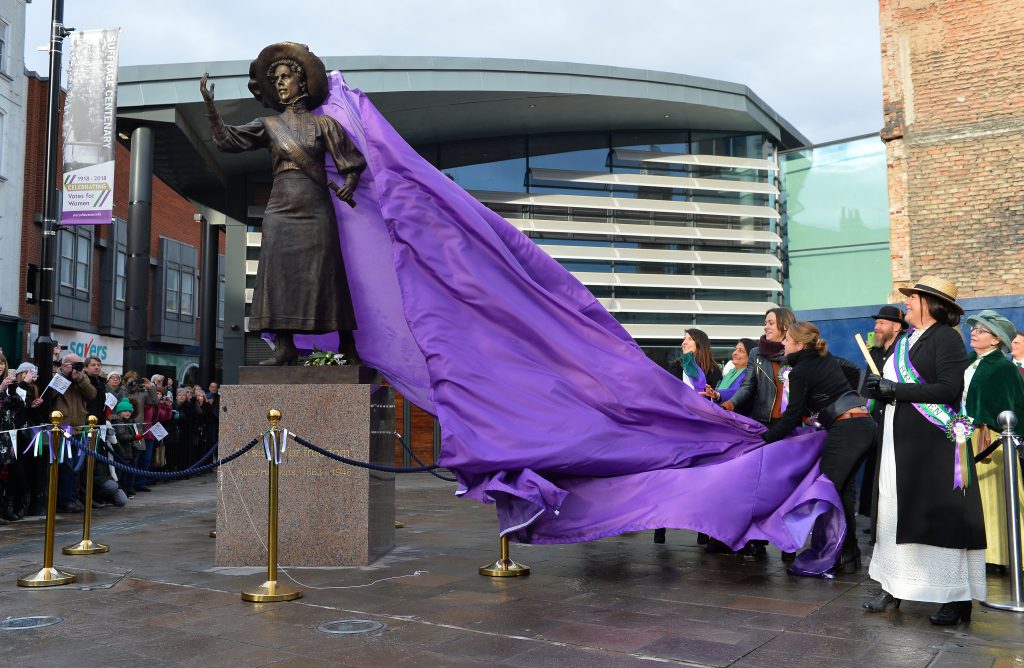 Standing on a 4ft granite plinth, the 7ft bronze statue is an important reminder of Alice’s fearless activism as well as the other women who have fought for women’s rights.

“I am extremely proud and honoured to have been asked to create this statue. When I first came to Leicester, I was quite surprised at how much history the city had. Alice is a significant part of that history and I hope her statue will be too.

I would love for it to become a source of civic pride for all the people in the city. Just as importantly though, I would like the statue of Alice Hawkins to be looked up too, admired and for it to be a place where people can reflect on all that she stood for.”