Pukaar Magazine’s sports reporter John Sinclair speaks to boxing champion Rendall Munroe about the ups and downs of his career.

Rendall Munroe has the ability to make you feel at ease from the moment you meet him. As we sit down to talk, I recall our first interview, which took place one morning as he was taking a break from his bin round, ahead of the fight that moved him onto a different level. He grins as I mention that contest against Kiko Martinez back in March 2008, which after 12 rounds, he won on a majority decision earning him the EBU European Super-Bantamweight Title.

“Everything just moved forward positively for me from there and I can’t grumble,” says Rendall. “Like any professional it’s about wanting to become one of the best in the world, and although everything hasn’t gone exactly to plan, I believe the man upstairs does everything for a reason.” How does this genuinely nice guy go from having a cheeky grin on his face, to wanting to knock down his opponent? Speaking about the start of his boxing journey, he said: “To be honest it was an argument with my mum that started it all. I don’t think I was meant to be a boxer, but my dad was always very strict about me hanging about in the streets and when I was 14 I was at an age where I thought I knew it all. One day my mum said I couldn’t go out with my mates but I left the house anyway and even though I kind of agreed with her, I felt I couldn’t go back, so I went to my uncle’s boxing gym down the road. My dad was a boxer and I told them I wanted to try it out, so I had a few lessons. I stuck with it and after just four weeks they told me that they’d arranged a fight for me.”

“If I get bored I’ll just go for a run. I think that’s an attribute that makes me good at what I’m doing as I’m always positive and always active.” 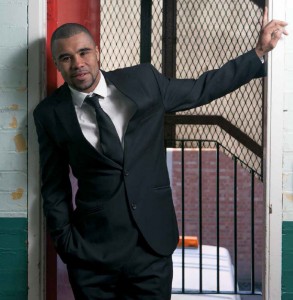 Rendall was told early on that he could take a punch and that encouraged him to move forward. But, he also appreciates the art of slipping his opponents punches, something he did to great effect against a big punching Martinez, before winning the British Commonwealth Title against Issac Nettey in May 2009.

The boxer is managed by Mike Shinfield and trained by his brother Jason in a family built gym in Derbyshire. “Without the Shinfields I wouldn’t be Rendall Munroe,” he recalls. “I give all thanks and praise to them. After all, I moved from been ranked around 490 to becoming number one in the world under their stewardship.”

His big moment came in October 2010 when he was matched against Japan’s Toshiaki Nishioka for the WBC World Title. Rendall lost the match on points and although he was disappointed to have not returned with the title, he got back into training. “I love training and I feel at home when I’m running or whatever. I find it hard to sit down at home and do nothing. If I get bored I’ll just go for a run. I think that’s an attribute that makes me good at what I’m doing as I’m always positive and always active.”

During his early days before sponsorship, Rendall carried on doing the bin rounds and when asked if he misses it, he said: “Hundred per cent miss it. I made some great friends. I was hoping to get my job back there but things didn’t work out, so perhaps it wasn’t meant to be.”

Currently working at Cossington Street Sports Centre, Rendall is working on the Triple Skills Programme, which works with kids that have been excluded from school. He added: “It’s about trying to put a positive vibe forward to the kids and I’m also learning from others in the team, which includes the former Leicester Riders basketball player Yorrick Williams.” Rendall is also a qualified level three personal trainer.

Praising his girlfriend, it’s clear that family is a big part of his life. “She has had to sacrifice so much to look after my two boys who are now six and 13-years-old. My eldest one has been there from the start, at first he was into what I was doing big time, but he’s at that age where it’s about him a bit more. But it’s a nice feeling knowing that the whole family are proud of me. “I’m in it for the love of the sport, but the spin-off is my family can enjoy things that the extra money provides.”

“The one thing I tell all of my family is that I’m not in the game for the money, as nice as it is. I’m in it for the love of the sport, but the spinoff is my family can enjoy things that the extra money provides.”

After losing to Scott Quigg in November 2012, Munroe decided to announce his retirement at the King Power Stadium. But then in May 2013 he announced his return. Many people assumed it was about the money but that is something he is quick to deny. “If you love what you are doin 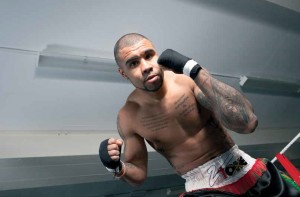 g, you keep doing it. After the Quigg fight I only stopped training for two weeks and then ended up back at the Shinfield gym. Although they dismissed any thoughts of a comeback they could tell I was enjoying training again and people were saying you don’t train if you’re not going to fight anymore. I was then advised to move up a weight and come back stronger, so I’m now fighting at Featherweight which is much more comfortable.”

It was tough finding an opponent to fight Munroe in Leicester, and in a bid to do so he even offered to give his earnings to the opponent – Lasio Fekete, who as it happened didn’t even make it through the first round.

After winning his next two fights on points, Munroe suffered another setback after being stopped by Lee Selby in their EBU European and British Featherweight Title in Cardiff of February this year. “It was a joke. Everyone who saw the fight could tell it was never a stoppage. I had a game plan. We knew Selby would come out throwing punches, and all respect to him, his movement was better than we thought it would be, but we could see he was slowing down round by round. He then starts show boating and I’ve hit him with a straight left and I can tell he’s struggling. Even when he had me in the corner I was still throwing punches, so when the referee stepped in to stop the fight I said ‘what you doing?’ Even Selby told me when we got to the centre of the ring that he’d blown himself out.”

Munroe certainly has a good following from Leicestershire but he seems to take it all in his stride. He says: “In the early days I kept things to myself and people weren’t really interested apart from a few close friends, but I think people took to the bin man thing, so not only was I fighting I was working as well. Some people thought I was earning lots of money but the only one laughing really is the taxman.”

Speaking about what’s next, he added: “I’ve been offered a fight against Josh Warrington for the Commonwealth Featherweight Title at the M.E.N Arena in Manchester but I’m keen to get a rematch with Lee Selby so we’ll see what happens.”

There’s one thing for certain, Rendall Munroe is one of Leicester’s best-loved sportsmen and having been someone who’s followed his career for a number of years I still hope that he can fulfill his dream to become a world champion, hopefully when I’m sitting ringside.