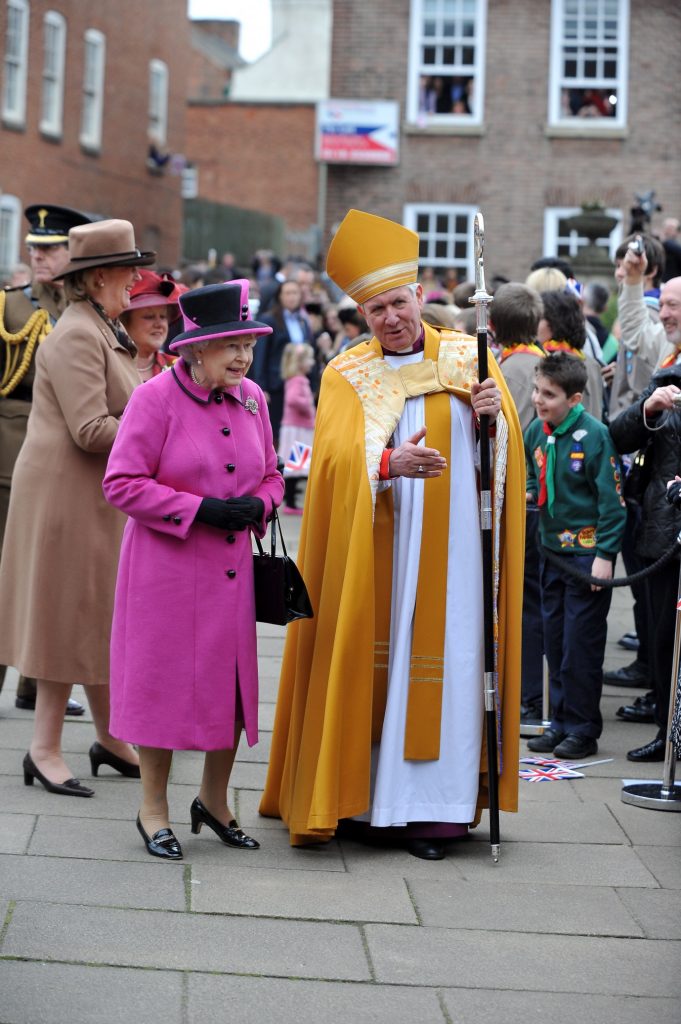 During his 16 years in Leicester, Tim has become a bishop who is much loved and respected and is held in great affection across the whole diocese, while his colleagues can testify to a leadership that can be challenging because of a commitment to both quality and detail.

Bishop Tim was raised in a rural vicarage in Essex and after leaving school, he spent a year in Zambia with Voluntary Service Overseas before attending Selwyn College in Cambridge. After five years as a Management Trainee with the British Overseas Airways Corporation, he spent two years in the South Asian Department of the Foreign and Commonwealth Office.

He trained for ordination at Ripon Hall, Oxford and was ordained in 1976 becoming Team Rector of Canvey Island in Essex. As Bishop’s Urban Officer in the Chelmsford Diocese and as Archdeacon of West Ham he was engaged in developing the Church Urban Fund projects, and eventually became Suffragan Bishop of Dunwich in the County of Suffolk before coming to Leicester.

During his years in the city, the diocese has experienced great highlights in its life, including the visit of Her Majesty the Queen, The Duke of Edinburgh and The Duchess of Cambridge at the very start of Her Majesty’s Jubilee year. How wonderful that the Jubilee year started in one of the most diverse cities with worship at the cathedral.

Interfaith relations are both an interest and a passion for Bishop Tim at both diocesan and national level. The Bishop is involved in conversations with those of other faiths, and drew together the Faith Leaders’ Forum to work for the good of the whole community and the country, and with an ability to respond to local, national and international crisis, as well as ensuring there is the development of the nationally recognised St Philips centre for study in engagement in a multi-faith society.

The Bishop led the diocesan 80th anniversary celebration, when thousands came to Abbey Park for a festival with the Archbishop of Canterbury. He led the development of St Martins House as a new diocesan centre for mission and diocesan administration next to the cathedral and the refurbishment of Launde Abbey retreat centre and recently of Cathedral Gardens to create a welcoming open space in the city.

For Bishop Tim this is all about the church’s contribution to the whole life of society, founded on a deep faith in what Christ brings into every aspect of human life. Tim might be retiring from full-time ministry as a bishop, but it is very probable that his energies will find an outlet in continued service in some way or another.

Bishop Tim and his wife Wendi are moving to Suffolk, where he first began his ministry.