BLOCKLEY LOOKING TO PUSH ON IN 2020

One of the hottest prospects in boxing, Leicester born fighter Callum Blockley (6-0(1)) spoke to David Wainwright about his love for the sport and his hopes for 2020 following a whirlwind 22 month start to his professional career.

In the early stages of Blockley’s junior and amateur boxing career, he also played football, as his talents showed promise to both sports: “I played for England’s Boys Clubs on two occasions and it was after I came from back from a tournament in 2014 that I got to the national semi-finals of the CYP (Club For Young Persons) National Finals that I thought to myself ‘I might be better at boxing than football.’ 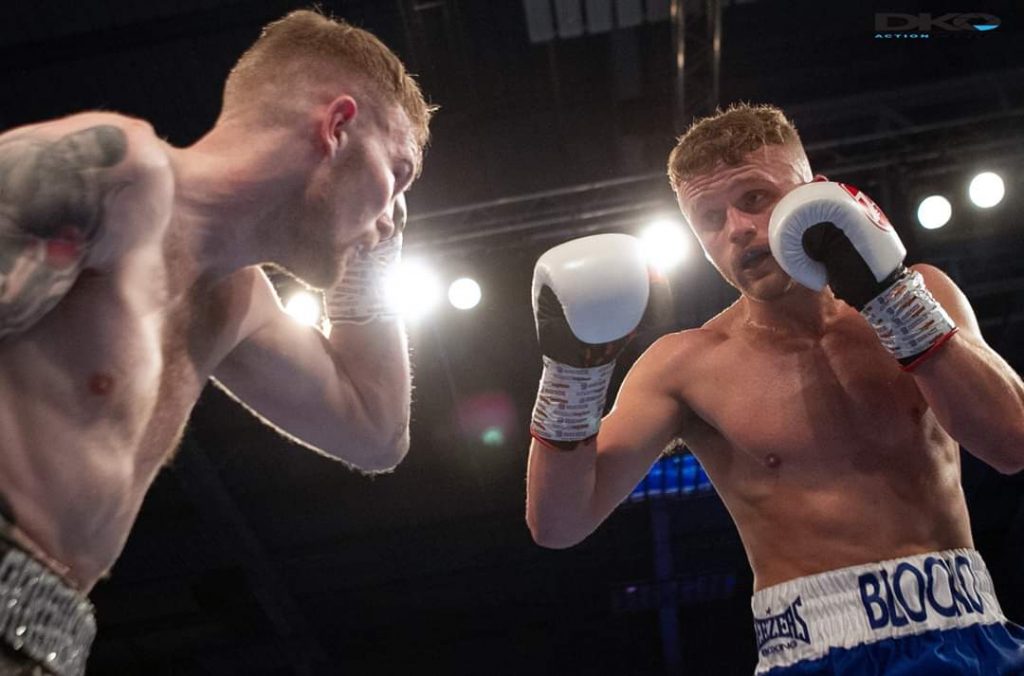 “I played for Blaby Boys Club, and that was a fairly decent standard. Not so much in Leicester, but in the North East especially, the Boys Clubs are a massive thing for kids growing up. I’m not saying I would have made it as a professional footballer, but I think I could have played in either National League or slightly better.”

During his amateur career, Blockley won the Midlands CYP three times and represented England against Ireland in 2015: “I fought some good kids in the amateurs, including WBO European title challenger, Connor Parker. I beat him in the Midlands final in 2014, and he’s become a good friend of mine, Kane Gardener and current Team GB boxer, Calum French. He’s probably the best fighter I’ve come up against.”

Despite a successful junior amateur career, Blockley took a break from the competitions for two years and after a handful of senior fights, turned professional in 2017 ahead of his pro debut in April 2018: “I haven’t got many regrets, but one of them is not taking part in the ABA’s as a senior.”

A massive influence on Blockley’s journey from promising junior to young pro has been the well-respected veteran coach Neil ‘Thommo’ Tomlinson at Birstall Working Men’s Club Boxing Club: “I’d always done a little bit of training at Thommo’s gym even when I was a kid. He’s trained a lot of good pros such as Martin Concepcion, Kevin Concepcion and Mark Ketnor. I had my little break away from the sport, and in a short period of time, I ended up signing my first professional contract with Carl Greaves.

“I loved my time at Earl Shilton with former British Champion Sam Bowen and Midland Area title challenger, Kyle Haywood. They would both agree with me; we owe ‘Pecker’ (Earl Shilton ABC coach Craig Perkins) everything for the work that he put into us as kids growing up.”

Thommo has had a massive influence on Blockley’s fledgling professional career: “He’s not only my trainer, but he’s also one of my best friends. I see him more than most of my friends, and we speak most days on the phone, not just about boxing. Any fighter will tell that the bond between a fighter and his trainer is something that will never be broken. That’s what we’ve got.”

Blockley made his professional debut on the undercard of Sam Bowen’s British title success at Leicester City’s King Power stadium in April 2019 against tough ‘journeyman’ Arvind Trezno: “It was a tough fight. If I’m honest, I didn’t box very well on the night, but I stuck to the game plan and got the victory. 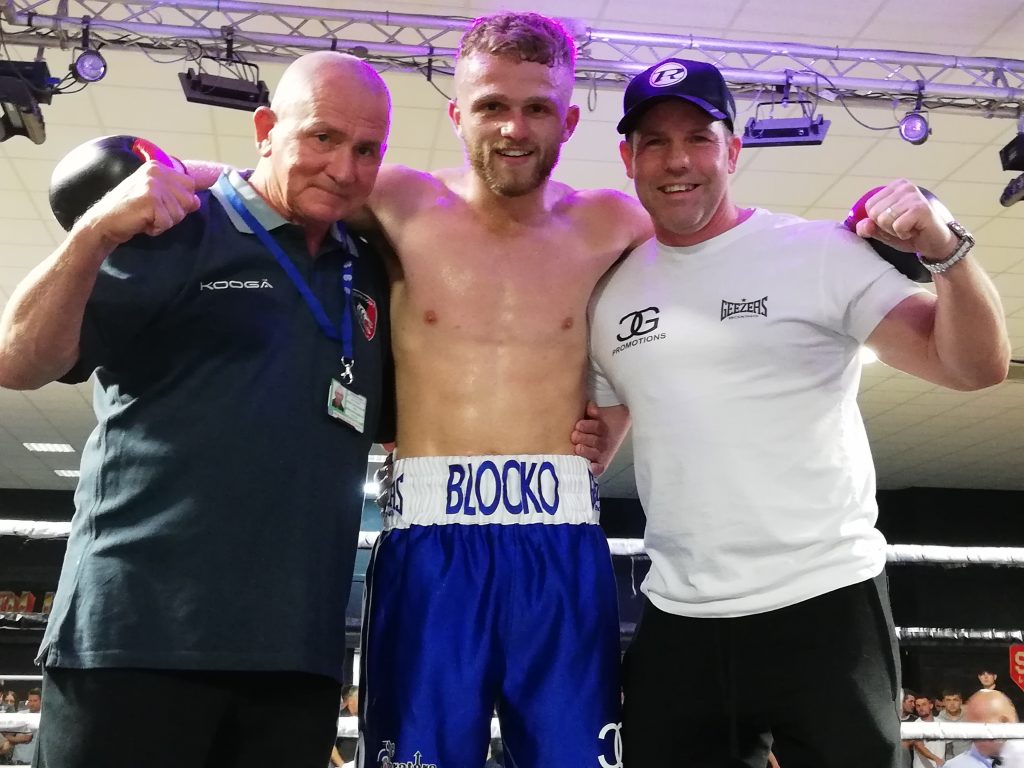 “If I was to box him now, it would be a completely different fight as I’ve settled into the ‘pro game’. Despite all that, it’s still the highlight of my career so far, winning at the home of Leicester City and in front of all my fans. It was amazing. It was also a similar night against my second opponent Paul Cummings, but I think I would have stopped him if the fight had gone on longer.”

Next up were back to back fights on the undercard of two Frank Warren Promotions shows against Danny Little and Dale Arrowsmith at the Leicester Arena in October 2018 and March 2019: “It was completely different from everything I’ve experienced before, and since with everything that goes on with the cameras. Even though I didn’t fight on the TV, it was fantastic just to be around other ‘top drawer’ fighters. I sold a lot of tickets for both those fights, and I appeared in Boxing News as well.”

Fight five came up against Steven Backhouse in May 2019 at Derby’s Rollerworld and Blockley managed to add the first stoppage to his fight record with a second-round TKO: “It was great to do this, as you begin to doubt you have the power needed. He was probably the most attack-minded fighter I’ve come up against so far. I clocked him, and that was it ‘game over’.”

A troublesome hand injury meant there was a near six-month gap until Blockley returned to the King Power in November 2019 against Des Newton: “I first hurt my hand against Paul Cummings in my second fight. But that night, I boxed well, and it filled me with confidence going into next year. 2020 is going to be a big year for me; I hope that Carl can get me an area title shot or something. Just so I can give something back to my fans and sponsors.”

Away from the ring, Blockley likes to relax with his family and girlfriend Maddie, who all play an important part in the fighter’s life: “My sister Tara’s lad Oscar, my nephew, is my best mate. It’s tough working full-time as a groundworker and boxing professionally, so it’s important that I can relax when I can. I also like to catch up with my good friend (Premier League footballer) Harvey Barnes when I can, it’s great to see him and Leicester City doing well.”

Comparisons have been made about Blockley and the legendary retired Leicester fighter Tony Sibson by his coach Thommo: “All I can say is, if I’m half the fighter Tony was, I’ll have done special in the sport. He’s a mentor and a close family friend. It’s an honour just to have my name mentioned in the same sentence as his, let alone thinking about it. Hopefully next year I show my fans what I can do.”