Multi-award winner Geoffery Gulzar tells us all about his passion for basketball and his journey towards his dream career.

Dedication and perseverance truly can light the way towards that desirable job, but to really stand a chance of getting yourself onto that dream career path, you have to make sure you stand out. One notable individual who has doggedly chased his goals is 22-year-old Geoffery Gulzar.

Moving to London at the age of 8 from Lahore, Pakistan, Geoffery Gulzar quickly enveloped himself in the local culture. Sport became a passion almost instantaneously and began to shape his future. “I went off to University in Plymouth and got my undergrad in sports coaching.” said Geoffery. “I graduated in May 2019 but I was also the Student Union President. So I ended up staying for another year after that. Of course, that means I was in that role when the pandemic hit. A lot changed, very quickly and that meant I had to think on my feet a little bit. Everyone ended up going home and working remotely. I had so much planned for the summer term so I had to really use my initiative to change those plans and ensure students still had a good experience.” 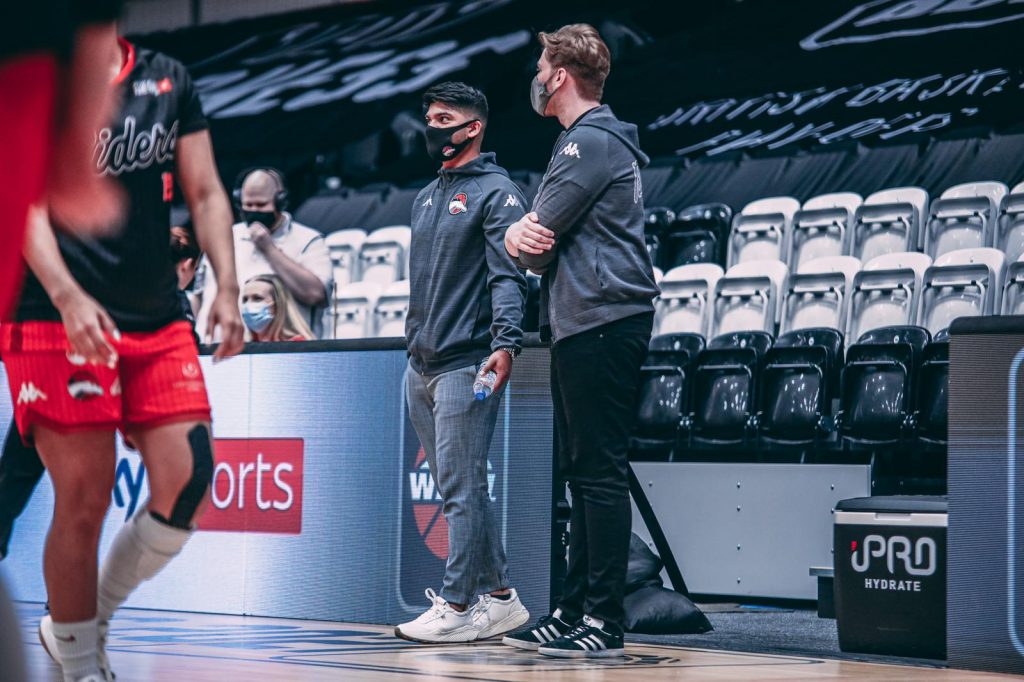 After finishing at Plymouth, he moved over to Leicester to live with his Dad and managed to get an internship at the Leicester Riders Basketball Club. “I’ve supported the club since I was about 11,” he explained. “My Dad has always covered their games as a journalist, so I’ve been around the club for quite a while now. I’ve seen them grow and I’ve always really wanted to be a part of that.

“I never really grasped the rules at first but after a while, and after studying lots of games I picked up the rules and general concept of basketball. My title now is Intern to the Managing Director and I also look after operations at Loughborough University for their basketball programme over there. In terms of day-to-day, I handle all of the operations, such as sorting out fixtures, facilities, transport, and so-forth. As well as being the first point of contact for students who are part of the basketball programme. There’s also a few community sessions which I oversee in Loughborough. These are for children that want to take part in basketball.”

One of the biggest changes for the world of sport during the coronavirus pandemic was the absence of fans. For the bigger sports like Football and Rugby, this has been a huge inconvenience. Losing a revenue stream from ticket and merchandise sales has resulted in some big losses. But for sports that don’t yet have anywhere near as large a fanbase, this can be devastating. “It’s going to be really nice to have fans back in the arena,” Geoffery said. “It will add another skill to my CV—I’ll be managing the crowds on match days and ensuring they are safe and happy. It will definitely change my role and add another level of responsibility.”

Following his graduation in sports coaching, Geoffery has decided that it’s not the route for him. “As part of my placement I did 100 hours of coaching at a secondary school,” he explained. “I think that was enough for me! I didn’t really have a passion for that anymore and I now really like the management side of things. I’m open to managing my own team one day and it’s a great time to be involved in the British Basketball League. The league has been live on Sky Sports this season and will also be showcased on TV next season as well. This is really positive for the sport and in terms of social media, there’s a lot of content out there for British basketball to get more people involved and bring in some new fans. 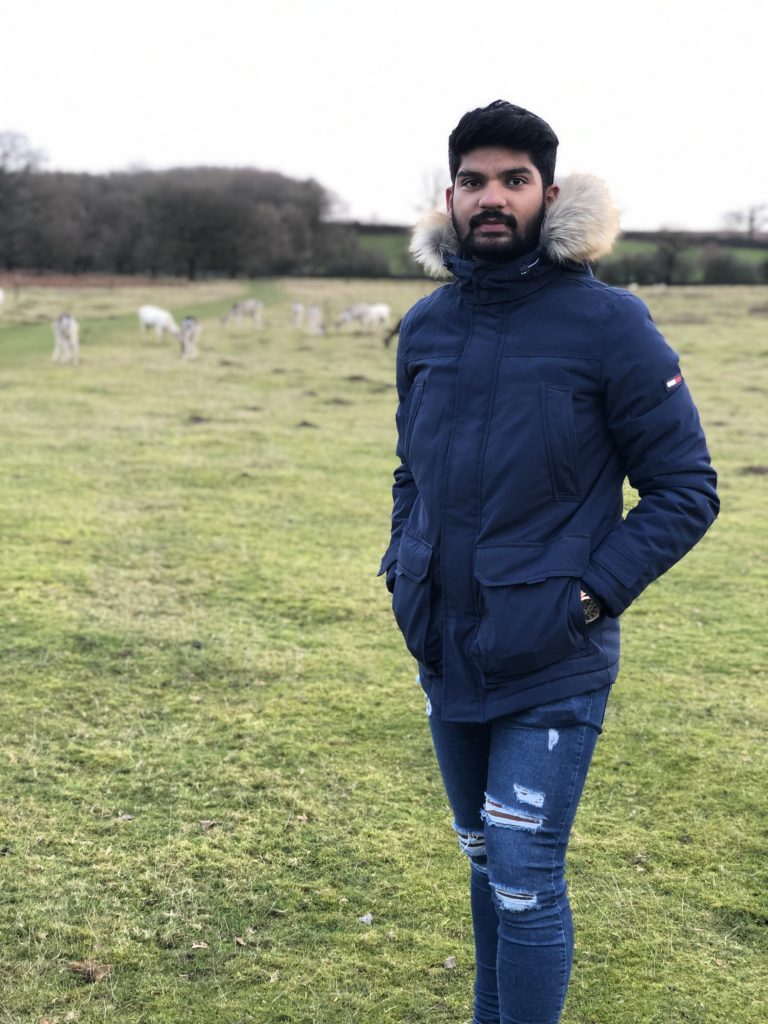 “Everyday is different at the Leicester Riders. I really like this and it keeps me on my toes! It’s an organisation that’s still growing so I think there’s still teething problems but it’s always something that they’re working on to get bigger and better. One of the biggest challenges for any team in the BBL is securing funding. This has been especially hard during the pandemic. Luckily the government has supported the league and the sport in the UK, which is nice to see. Basketball doesn’t usually get much funding as it’s not really seen as a sport that’s going to win us Olympic medals. Hopefully that will change with the talent we have coming through.”

Geoffery has won a number of awards during his time at University including a Leadership award for setting up a fundraiser for his friends who passed away in the Hinckley Road explosion, whilst he was on his semester abroad in America. Alongside this, he has also been instrumental in achieving the Best Livestreaming award for the Loughborough Riders Division one women’s team—the Leicester Riders’ partner team at Loughborough University. He has also been involved in multiple voluntary endeavours, including being a Youth Panel Member for Sporting Equals and a National Sport & Wellbeing Project Advisory Group Member for the Church of England. After spending time working for Camp America in Pennsylvania leading campers in a range of different sports such as cricket, football, and tag rugby, he still works for them as an interviewer. 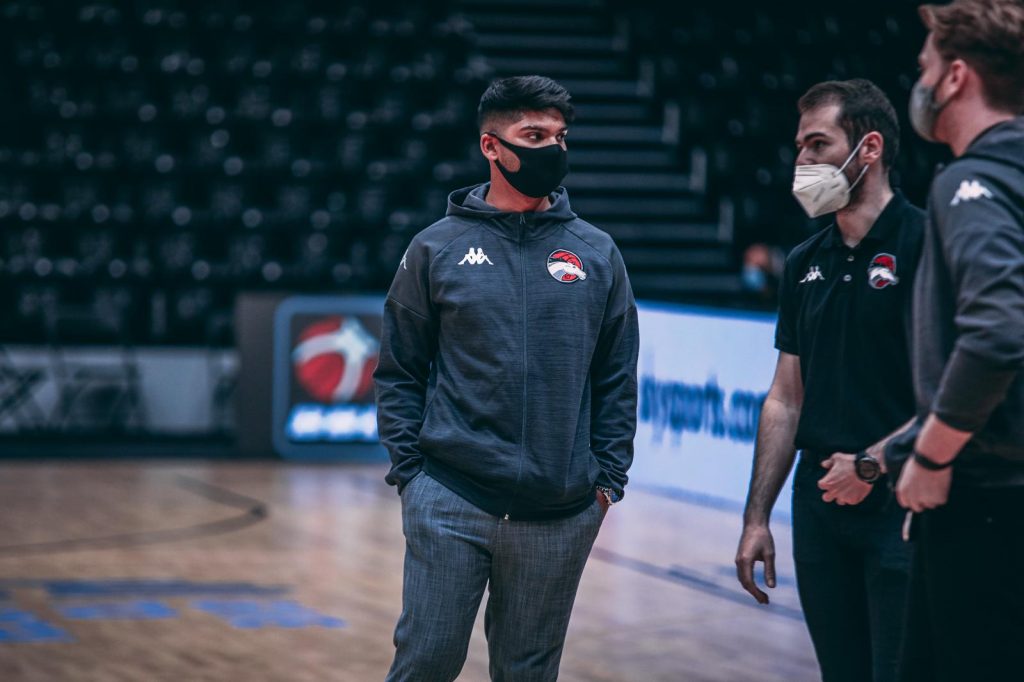 New generations are important when it comes to growth of a sport such as basketball. Football, Rugby, Cricket—these are deep-rooted in British culture and have an unwavering fanbase. Promoting growth of basketball, which is still fairly new to the country on the whole, requires a level of perseverance and the utilisation of newer technology. “If we don’t rely on the younger generation, the clubs can’t expect to survive. These will be the next fans and even the next players. Every club has a Tik Tok account now, for example, with an aim to engage a younger and new audience. It helps to boost reach amongst that generation through creativity, and that’s exactly what we need.”

Unfortunately, even in today’s society, there are other challenges that can arise. Both at University and during his current role, Geoffery has faced prejudice based on his ethnicity. “I’ve faced stereotypical racism both in the past and sadly, very recently too,” he said. “These cases are always very unexpected and have had quite a negative impact on my mental health and wellbeing. Dealing with those sorts of prejudice and discrimination is incredibly harmful to everyone involved. But it’s something I’ve managed to deal with and I’ve come out of it stronger. That doesn’t diminish the importance of dealing with racism and intolerance, however. Nobody should have to deal with those sorts of comments in any aspect of their lives.”

Russell Levenston, Leicester Riders Managing Director commented on Geoffery’s progress over the past year: “Opportunities like these are very unique and are very important not only for the individuals but the future of British basketball. The skills and experience you learn provide a good basis for a future career in this industry. Geoffery has done an amazing job in very tough circumstances this season for the current pandemic. I’m really excited to see what the future holds for him because he is incredibly hard-working and dedicated which has made this a very successful experience for him.”

Geoffery’s dedication to his career in sport is admirable. His future within the world of basketball is a promising one, and it may not be long before this young professional is managing his own sports team.

You can find Geoffery on LinkedIn here