FESTIVAL ORGANISERS OF AN INDIAN SUMMER, JITEN ANAND AND GURPREET SIAN SPEAK TO PUKAAR MAGAZINE’S RUMNEEK GILL ABOUT THE CULTURAL FESTIVAL THAT MARKS ITS FIVE YEARS IN LEICESTER. 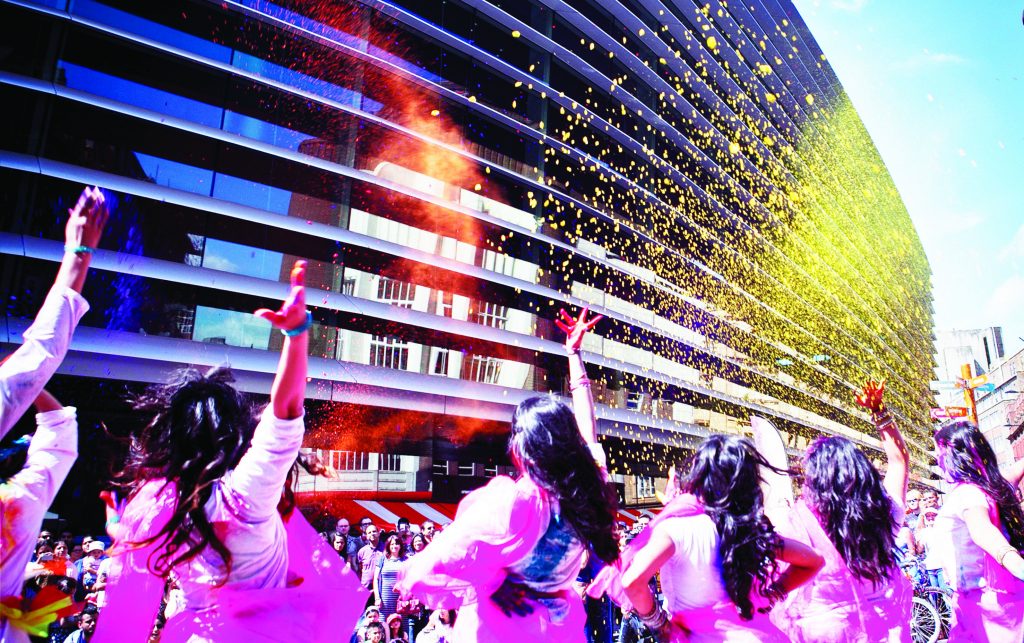 Five years later, the festival was launched at the Phoenix Square Cinema and Media Centre. Incredibly, more people visited the venue that weekend than ever seen before at that time. It expanded to Leicester’s Cultural Quarter in 2012 and in its third year, An Indian Summer firmly established itself in the city as a vibrant four day festival.

Year upon year it continues to flourish and this summer, the festival will be held for an extraordinary 10 days in the city. The cultural festival will be exhibiting its innovative, unique and fresh ideas in over 16 different venues located in the city centre including the Leicestershire County Cricket Club and the Highcross Shopping Centre.

Following on from past successes, the festival organisers seek to facilitate interaction between different cultures and support local talent. “Leicester is a place where lots of different cultures exist, but they don’t necessarily interact,” observes the Creative Director, Gurpreet. An Indian Summer provides a forum for the people of Leicester to join together, regardless of culture or background. “The festival is not just for Indians, it’s for people interested in Indian culture.”

“The celebration plays an integral role in breaking down the preconceptions surrounding Indian culture. Our parents and our culture perpetuate ideas and mythological stories about how we should be brought up and live our lives. An Indian Summer questions and challenges this cultural illiteracy,” Gurpreet tells us as he prepares for the festival’s fifth anniversary.

What does the future hold for these annual festivities? “There are no specific plans at the moment, but touring aspects of An Indian Summer have already begun,” explains Jiten. “Leicester will always be the heart and the home of the festival. We were brought up in this city, we were born in this city, we want to give back.”

The festival offers many valuable opportunities for locals looking to get involved; from marketing to designing exhibitions, there are plenty of volunteer roles on offer. This world class arts and cultural festival will transform Leicester into India from the 19th to the 28th of June this year.