The Battle of the Somme proved the biggest and bloodiest confrontation of the First World War. For the centenary anniversary, Pukaar Magazine spoke to Daryll Brown, 49, from Aylestone in Leicester about his ancestors who fought in the brutal conflict.

July 1st, 1916, marked the first and bloodiest day of a battle that would go on to last 141 days. On a 15-mile front, the Allied forces fought the Germans in a horrific battle of attrition. By the end of it, the British Army had suffered 420,000 casualties and in total, there were over one million dead and wounded.

Whilst walking through Leicester’s city centre one day back in 2014, Daryll Brown came across a flyer from the One Hundred Stories team, promoting the research of family members from Leicestershire during WW1. It was here that Daryll decided to sign up, not knowing that any of his ancestors had been involved in the Battle of the Somme. He began first with his grandfather Frank Brown. 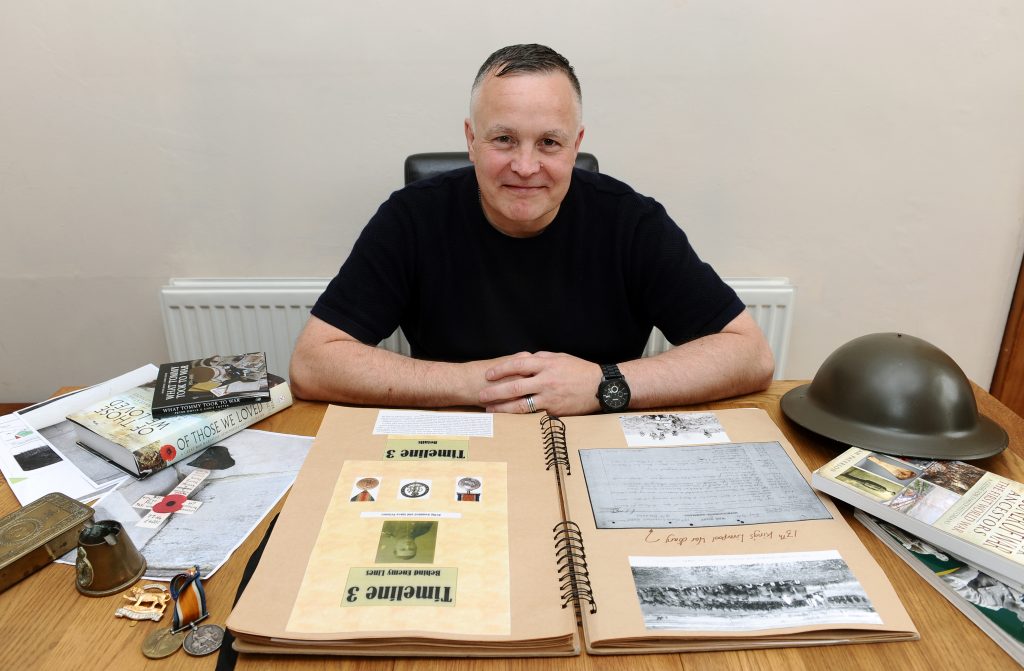 Research on his grandfather wasn’t too difficult to come by, as Daryll luckily discovered that a family member was in possession of Frank’s army discharge form and certificates from the war. With these valuable documents, Daryll was able to find out that Frank was in the King’s Liverpool Regiment and had in fact fought in the Battle of the Somme.

Inspired by this discovery, Daryll went on to investigate his great-grandfather, Charles Stephen Purt. His research found that Charles was in the Leicestershire Service Battalions, known as Kitchener’s Boys. Daryll explains that this was because they had signed up in late 1914 when Lord Kitchener called for recruits to help as the war was going badly for Britain at that time. What he later learnt was that Charles had a brother, George Harry Purt, who had signed up at the same time.

Frank, Charles and George were all from Leicester, Frank was brought up in Saffron Lane and both the Purt brothers were from around the Newton Linford area. Daryll shares what he learnt about each of his ancestors’ roles during the great battle: “My Grandfather Frank was with the King’s Liverpool Regiment 3rd Division. In the same area during this time, it was there that he was wounded and taken prisoner. It was said that Frank was wounded by a German hand grenade and had quickly removed his badge that showed he was part of a machine gun team, because if the Germans saw this, he would have been shot. Both of the Purt brothers were infantry soldiers in the 6th Leicestershire Regiment. George was a private and Charles was a corporal.” 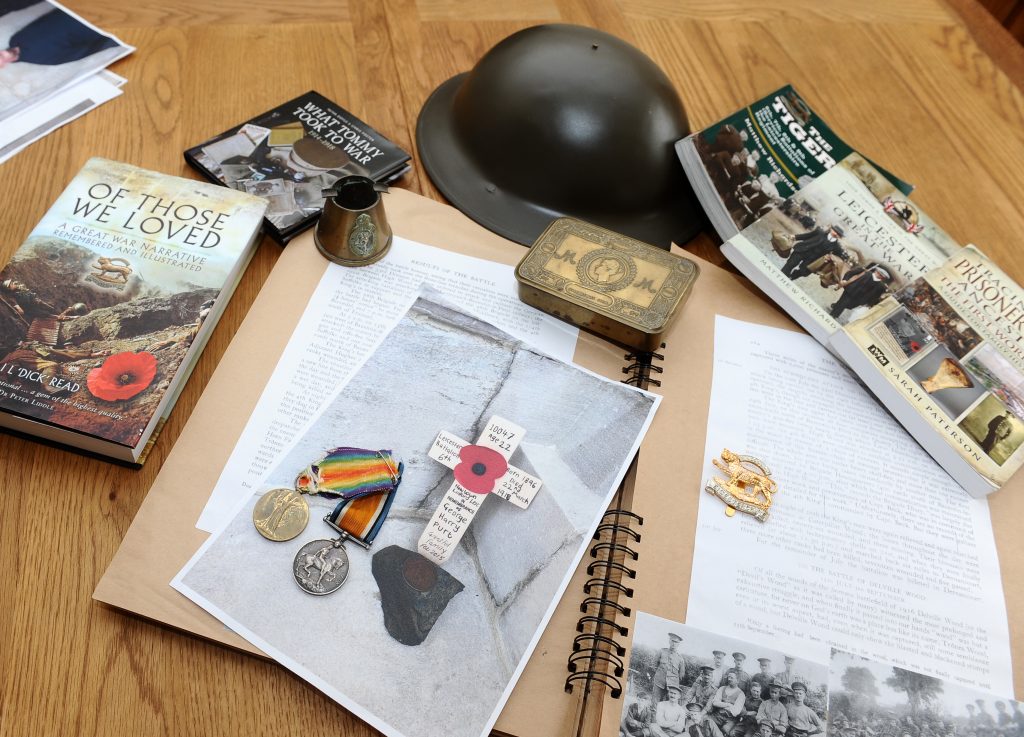 Unfortunately, Daryll has no memories of any of the three relatives, his grandfather Frank died when he was just two years old and George was tragically killed just eight months before the end of the war on March 21st, 1918. Sadly, George’s body was never found but his name has been commemorated on the wall of remembrance at Pozieres cemetery in France and at Newtown Linford Church where he was from. Research into Charles’ history uncovered more insight into life on the front line: “Charles’s story regarding the war didn’t end there as my Mum found a document in the family which was an appeal document for a war pension. He passed away in 1926 only a few years after the war of a Bronchial condition thought by the family to have been brought on by being gassed during the war.

“This document had details of Charles’ medical record from the war and it was shocking to find out what happened to him. He was gassed on a number of occasions, suffered from trench foot and was shot in the arm. There were also reports of him being buried after heavy shell fire. Charles is not remembered on any war memorial as he died in 1926 and the cut off for being remembered was 1925, explains Daryll.

“Frank came home and was discharged.  He was awarded an honourable discharge certificate and a silver war badge for being wounded.  He went on to marry Doris and have several children of which my Dad, Robert, was one.  He passed away in 1969 and is buried in Saffron Hill Cemetery.” 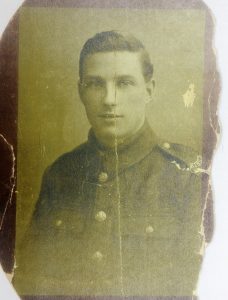 Even without living memories of his ancestors, their spirits were still kept alive through stories as Daryll was growing up: “There was one story that stuck in my memory and that was the one of Frank and his shrapnel wound.  As mentioned, Frank was wounded by a German Grenade and taken prisoner. The story is that he begged the German Doctor not to remove his leg and the Doctor complied.  In order to save his leg, some shrapnel had to be left embedded.  My Dad said that as kids, he and his brother would play a game where they placed a magnet on his leg where the shrapnel was so that they could see it stick to it.”

With Daryll’s keen interest and curiosity on the war, his insightful research has led him to unveil and discover pivotal information about his ancestors who so bravely fought for their country: “As with any war the humble soldier just does his duty and just has to hope that the leaders who are sending them to war have a just course. These men went to war believing that they had a just course and that they were fighting for freedom. However, there is one thing that makes me even more proud of them. The more I got to learn about the trench warfare, the more I realised just how terrifying it was. To endure that kind of horror and to still carry on and do your duty must have taken an amazing amount of mental strength and effort.  For that, I am very proud of them.”