Since India’s first feature film, ‘Raja Harishchandra’ was exhibited in London in 1914,  the relationship between Britain and Bollywood has grown significantly. 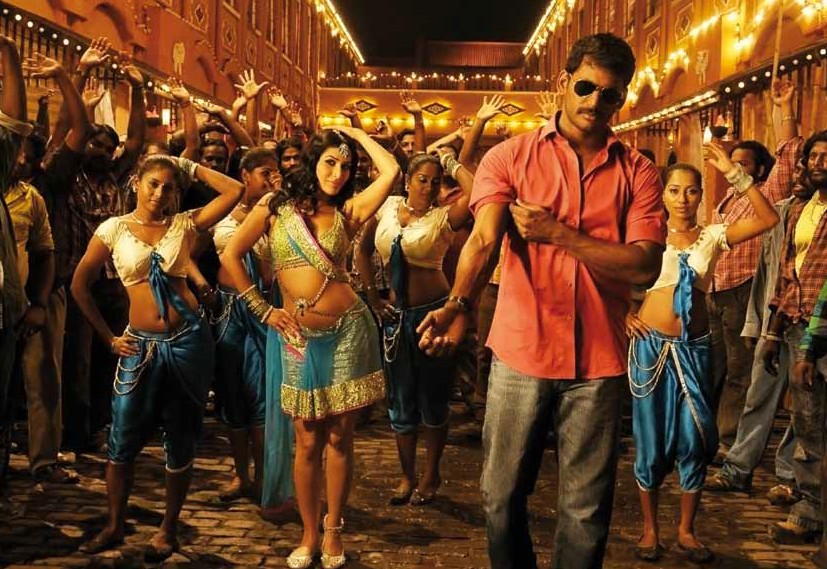 “For the vast majority of Indians in the 60s and 70s air travel was only for the middle and upper elite and they couldn’t really understand Britain other than through their cousins or people who travelled. This was during the days of telephone and letters so the films were a postcard of tourism.”

However, Dr Dudrah went on to explain that post the 90s more British Asians have settled in the country and for filmmakers it is very much about the economics.  Indian films are made in rupees but sold and watched in pounds, euros and dollars. So it makes sense for them to nurture the NRI audience base, and build relationships with them, by attending premiers, conducting interviews and filming abroad.

When Shah Rukh Khan’s film ‘My Name is Khan’ released in 2010 it went straight into the UK box office charts at number six grossing more than £936,000 in its opening weekend.

UK-based casting director Naila Mughal, who runs Naila Mughal Artistes has worked on many productions in the UK including ‘Veer’,

‘Ra.One’ and ‘Teri Meri Kahani’. She has helped many people in the UK achieve their dream of meeting their favourite film actor, or better yet, getting the chance to work as an extra in an actual film.

Singer Abbas Hassan, who is managed by Naila, was cast as the lead in a South Indian film, which will actually be released later on in the year. However, one problem she constantly faces is the language barrier. While many British Asians have grown up on a diet of Bollywood films, many of them are unable to speak fluent Hindi, which hugely hampers their chances of being selected for a role.

Sophie Choudry, who has appeared in over 10 Bollywood films, and has a chart-topping album to her name, echoes this sentiment. Born and brought up in London, she began her career as a VJ for Zee TV UK and later moved to Mumbai in 2002 after graduating from the London School of Economics to make her mark in India.

She said: “It’s so funny, I  was one of the first people to do it and when I  was coming to India everybody  was saying, ‘what are you going to do?’ But after that they all followed. There are many artists from the UK who are not successful at home but are surviving because of their success in India.”

Sophie added: “People coming from abroad have a huge disadvantage because usually the language is not good and you’re just not accustomed to how things work out here.” 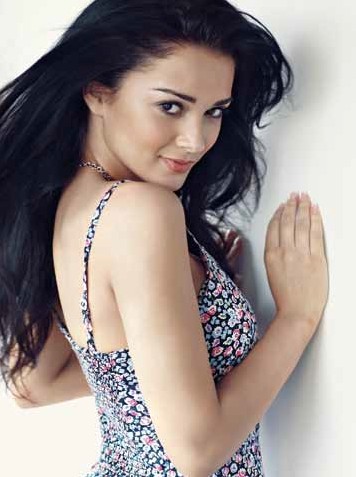 Many people have been left stunned by the success British beauty Katrina Kaif has achieved. Despite her first film failing miserably at the box office and not being able to speak fluent Hindi, she has gone on to become one of the most sought after actresses in Bollywood.

Sophie said: “There’s only one Katrina Kaif. She’s a hard working  girl and hats off to her completely, I  think she’s fabulous, but at the end of the day she was hugely supported by Salman Khan and Akshay and I  don’t think we should ignore that fact.”

Since Katrina’s appearance on screen, more British and foreign girls are being offered roles. Ex-Miss Liverpool Amy Jackson is one of them. She was spotted by Indian filmmaker A L Vijay at the age of 17 and was cast as the lead in Tamil film ‘Madrasapattinam’.  Her First Bollywood  film ‘Ekk Deewana Tha’ released earlier on in the year. She said: “I remember  my very first scene as if it was yesterday, it came to me so naturally and I  absolutely loved it.

“The whole experience has been literally life changing. I’m now living in Mumbai and it’s the best decision I  made. The energy and fast- paced lifestyle is fabulous.  I’ve never once felt like  I didn’t belong here and I  think that is one of the main reasons I’m so happy working in the industry.” 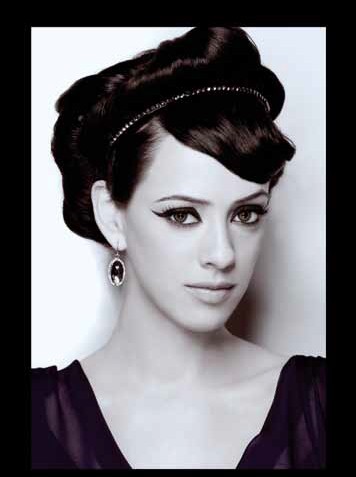 Hazel Keech made her acting debut in the 2011 film Bodyguard

Essex-girl Hazel Keech got her first dose of Bollywood stardom in the film ‘Bodyguard’ (2011), which also featured superstars Salman Khan and Kareena Kapoor. She said: “It’s difficult for anyone making their way in the entertainment industry. My difficulty was doubled when I  moved to India as I  had no friends or family here for support and I  didn’t know the language.  It was a huge culture shock at first, but I  adapted quickly and learnt how the people and this city work. Learning Hindi in my second year here made things a lot easier. There definitely seems to be an interest in foreigners with no Indian roots being offered roles in Hindi films.”

Dr Dudrah added: “It’s partly a novelty factor seeing a non-brown face on the Indian screen. In ‘Ekk Deewana Tha’ Amy Jackson  looked stunning.  Maybe  if they have a non-Asian face on screen it can also help the cross over to non-Asian audiences and this is something the Indian filmmakers are quite keen to do as it is an uncapped market for them, and if they can tap into that, it’s an extra income revenue stream for them.”

In 2007 when Bollywood actress Shilpa Shetty won Celebrity Big Brother in the UK, the industry gained a lot of positive publicity and she almost became a sort of brand ambassador for Bollywood in the country. This was followed with the opening of the Indian- based Actor Prepares Institute in 2008 at the Ealing Institute of Media, led by film veteran Anupam Kher, where a typical three-month course costs £6,000.

Former Cambridge  University law graduate, Armaan Kirmani, who landed a supporting role in the 2011 film ‘Patiala House’, which was partially shot in the UK, said: “I think  Bollywood fills a void in our lives especially in western society as you lack a lot of melodrama. You get the whole package when you watch a Bollywood  film – language, dance, music and drama.”