To mark 50 years since the death of English playwright Joe Orton, Pukaar Magazine looks back at his life and unique work which helped to define 1960s British culture.

Known for shocking, amusing and outraging his audiences with his anarchic black comedies, Joe Orton’s plays explored unspeakable themes of violence, corruption and sexual rapacity. But at just 34-year’s old and at the height of his success, the playwright’s life was cut short on 9 August 1967, when he was brutally murdered by his partner, Kenneth Halliwell.

Born in Leicester on 1 January 1933, Orton grew up on the Saffron Lane council estate with his parents and three younger siblings, and it was here that he attended the areas Marriot Road Primary School. His father, William Orton worked as a gardener for Leicester City Council and his mother, Elsie Orton a machinist, which provided very little money for the family. After failing his 11-plus exam, Orton began a two-year secretarial course at Clark’s College before starting menial work as a junior clerk. 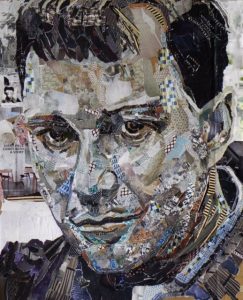 Unfulfilled from the humdrum of daily routine and lack of excitement in his home city, Orton discovered a sense of escape through performing arts. During his late teens, he joined the prestigious Leicester Amateur Dramatic Society as well as; The Vaughan Players and The Bats Players where he participated in productions including, Richard III, Without the Prince and The Tempest. Filled with ambition, Orton also made a conscious effort to improve his appearance, readdress his lack of education and took up elocution lessons to lose his Leicester accent.

Dazzling examiners at the age of 17 with his performance as both Captain Hook and Smee from J.M. Barrie’s Peter Pan, Orton won a scholarship to London’s Royal Academy of Dramatic Art (RADA) in 1950. But after taking ill with appendicitis, his enrolment was delayed until 1951. Swapping his mundane life for the thriving capital, Orton turned his back on his home city at the age of 18. It was at RADA that he befriended Kenneth Halliwell who, for the next fifteen years, became his mentor, literary collaborator, lover and later, murderer.

After neither found success as professional actors, Orton and Halliwell collaborated on a variety of novels, which were all rejected by publishers. In 1962 they came to the public’s attention, but not as writers. The couple served a six-month sentence in prison for stealing and defacing books from Islington Library. Orton believed that homophobia played a role in the harsh sentencing. Many of the book covers which were vandalised by the couple have since become part of the ‘Joe Orton Collection’ held at Islington Local History Centre.

Almost a decade of literary failure, and having moved from novelist to playwright, Orton had his first success; several re-writes and a title change later, his 45-minute radio play, Ruffian on the Stair was broadcast on the BBC in August 1964. The play gave an insight into three of the main subjects explored by Orton that would later shape his future works; murder, homosexuality and incest.

Orton’s first major play Entertaining Mr Sloane opened in 1964 at the New Arts Theatre, London. It later went on to feature in Broadway in 1965 and earned him a sum of £2,500. Dedicated to Kenneth Halliwell, the dark comedy, with its satirical undertones and epigrammatic dialogue, examines love, violence and death, and presented same-sex desire prior to the legislation of homosexuality. Causing a mixed response and stir with its audiences, British dramatist Sir Terence Rattigan saved the production from failure and called Entertaining Mr Sloane the most exciting and stimulating first plays he’d seen in 30-odd years. It later went on to win joint first in the Variety Critics’ Poll for ‘Best New Play’ and will be remembered as being one of the most original and radical plays of the post-war period. 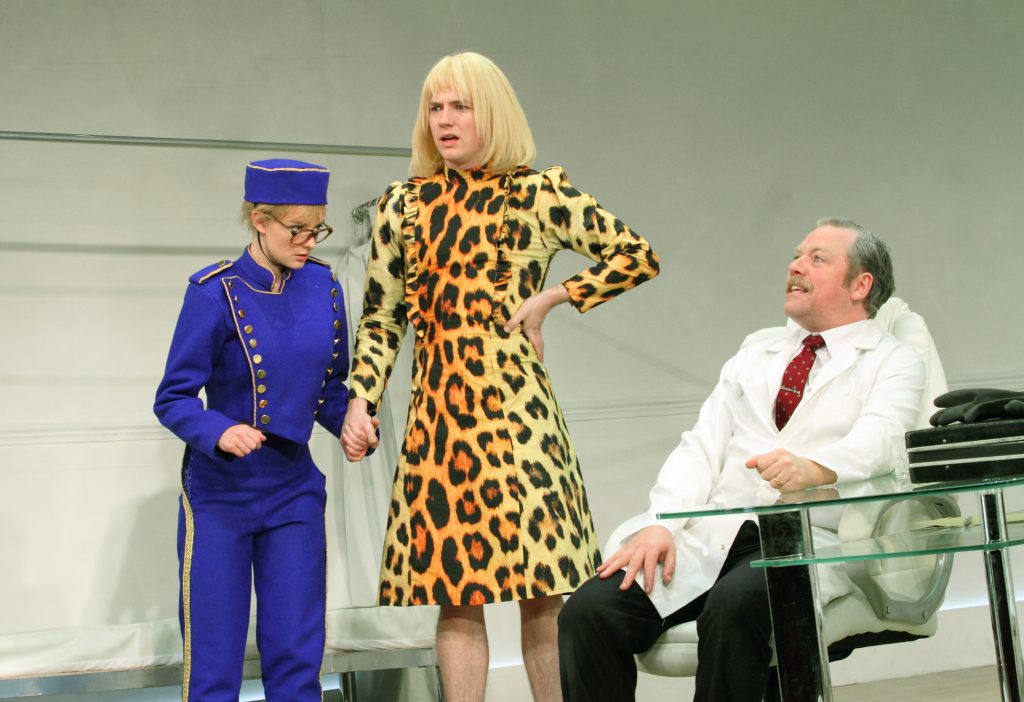 Regarded as one of his most disastrous and most successful pieces of work, Loot was a play that almost ended Orton’s career. Written and re-written between 1964 and 1966, Loot was the playwright’s first real attempt at farce and touched on the topics of death, robbery, religion and police corruption. His black comedies were becoming somewhat of a signature style which earned him a new literary term- ‘Ortonesque.’ Having been successfully revived in 1966, Loot went on to win the Evening Standards Best Play Award in January 1967 and Orton sold the film rights for £25,000.

In honour of Leicester’s most famous playwright, the public space outside of Curve theatre was named Orton Square by Her Majesty the Queen in 2008. At the heart of Leicester’s flourishing cultural quarter, the opening was attended by members of the Orton family including Joe’s youngest sister, Leonie Orton-Barnett and continued with a weekend of free entertainment where spectators enjoyed stilt walkers, dancers and a firework display.

Half a century since his untimely death, Orton’s plays are still talked about today and continue to entertain their audiences. His final and most accomplished piece of work What the Butler Saw opened in his hometown at the Curve theatre back in March. The cast featured the likes of Rufus Hound as Dr Prentice; Dakota Blue Johnson as Geraldine and Jasper Britton as Dr Rance. Written in 1966, What the Butler Saw brought together the themes of mental health, sexuality and identity, whilst questioning chaos and order. The play challenged people’s perspective towards homosexuality during a time when it was still illegal.

In May, The National Justice Museum in Nottingham launched a successful crowdfunding campaign and raised an astounding £10,000 to create a special exhibition in honour of the playwright’s extraordinary life and the 50th anniversary of the decriminalisation of homosexuality. The exhibition titled Crimes of Passion: The Story of Joe Orton will showcase items from the University of Leicester’s extensive Orton Collection including entries from his diaries and photographs, as well as new artwork produced by his nephew David Lock.  This fascinating and insightful exhibition is open to the public from 22 July-1 October 2017.

Always on the go