PUKAAR MAGAZINE LOOKS BACK AT SOME OF THE HIGHLIGHTS FROM THE CENTRE’S INCREDIBLE 36-YEAR HISTORY.

Established in 1981 on Churchill Street in Leicester, the Centre for Indian Classical Dance (CICD) has become a renowned institution for mental, physical and spiritual development. For the past 36 years, the Centre has welcomed dance enthusiasts from all walks of life to explore South Asian styles and other Indian classical art forms.

Possessing an esteemed reputation in the multi-cultural city of Leicester, as well as the rest of the East Midlands, CICD continues to inspire hundreds of people through its work within the community and schools and colleges around Leicestershire. In spite of the Centre’s success, establishing its position within the city has faced its challenges. CICD wouldn’t be where it is today without its founder and artistic director, Nilima Devi, who has ensured that Indian classical dance holds a firm place outside of India. 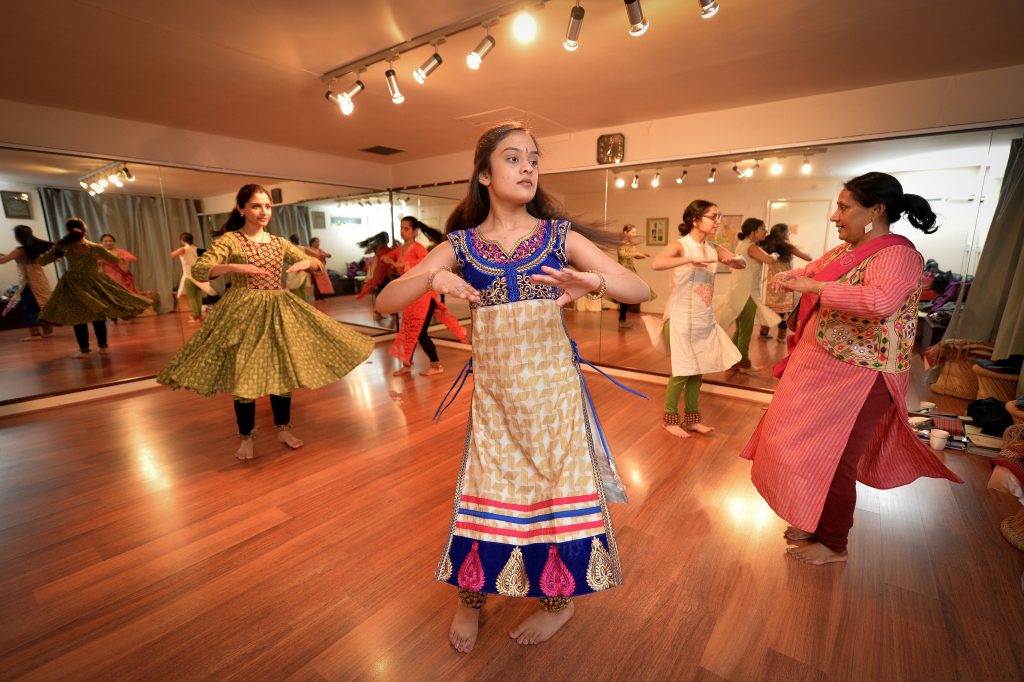 Through passion and dedication, Nilima overcame the negativity that surrounded dance as a career path. After completing her training in Kathak, one of the major forms of Indian classical dance at the Maharaja Sayajirao University of Baroda in India, Nilima specialised as a Kathak artist- teaching, performing and choreographing new pieces.

Following her marriage in 1979, Nilima moved to Bochum in Germany where she successfully continued her dance career with a series of Kathak performances across the country. With a wealth of skill and experience behind her, Nilima moved to Leicester with her family in 1980 in the hope of sharing her craft and artistic knowledge with others. Soon realising the lack of opportunity within the city, and with no overall structure for any long-term dance development, Nilima made the brave decision to set up her own dance studio.

CICD opened its doors to the public in 1981 with an aim to share and integrate the skills of Indian classical dance to a new audience. Unfortunately, an influx of students failed to follow the opening of the Centre, as there was disapproval concerning dance from the community. It was seen as an entertainment rather than a career and thought to be an inappropriate way to convey a religious and cultural message. Disregarding such traditional reservations, Nilima saw dance as a liberating opportunity for women and a way for them to build confidence. Committed to her role as a performer and teacher, she persevered at building the reputation CICD deserved. As a result, the Centre was awarded charitable status in 1997. 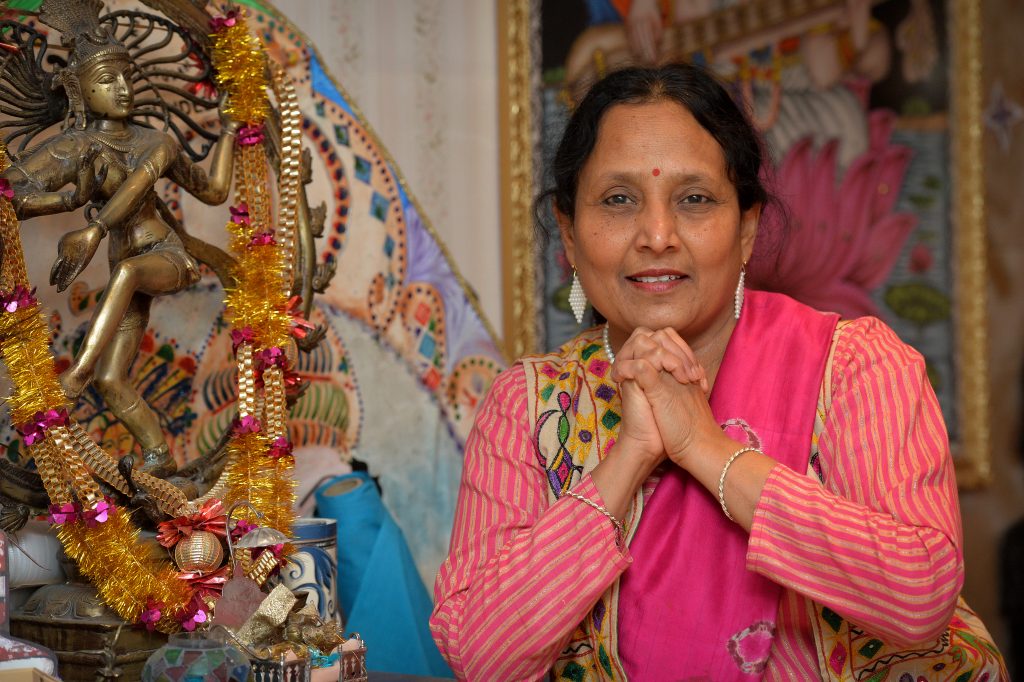 CICD teaches the art of classical Kathak to its dedicated students that want to take up dance seriously and see it as a long-term achievement. Alongside its classes, CICD offer a six-year Diploma in the dance style for those who want to extend their training. Originating from Northern India, Kathak is a classic dance style that focuses on the art of storytelling through graceful body movements and intricate footwork. The diploma, which combines theory and practical work, is based upon the Baroda Music College Programme of which Nilima was trained.

By 1997, eight CICD students had completed the full diploma in Kathak dance and two of them received bursaries to train further for one year in India, under the expert guidance of Kumudini Lakhia at the Kadamb Centre for Dance & Music. Following the establishment of the British national standard ISTD (Imperial Society of Teachers of Dancing) syllabus for Kathak and Bharatanatyam, CICD and Leicestershire Arts in Education have prepared hundreds of students from Leicester for the ISTD exams.

The establishment of CICD not only opened up doors for its students learning the art of Indian classical dance, it also allowed Nilima the platform to develop as a teacher, performer and choreographer. After her earlier shows in the UK, Nilima understood that in order to perform at mainstream venues, she needed to create dance pieces that would appeal to a diverse audience. Altering her approach, Nilima started raising the centre’s profile by leading workshops and lectures around Leicester and the East Midlands, as well as creating a variety of large-scale productions. 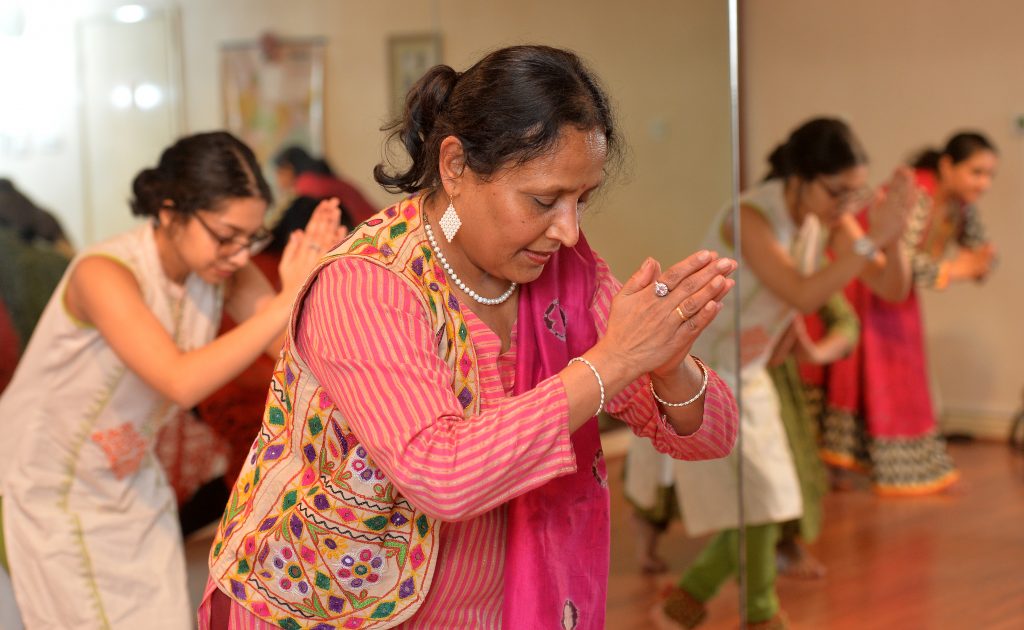 Nilima’s aims were to turn Indian classical dance into a globally recognised art form. In achieving this, CICD became involved in many cross-cultural collaboration projects, which brought together diverse communities that have a common interest in dance. Fighting against the negative attitudes from the Asian community and spreading cultural awareness to the non-Asian population, CICD and Nilima took part in the Asian Dance Animateur Project. Set-up in 1985, the project was established to raise the profile of Indian Dance within the schools around Leicester and its county. Supported by the Arts Council, East Midlands Arts, Leicester City and Leicestershire County Council, the project was responsible for creating the hugely popular showcase of An Evening of Indian Dance (1987.) The event involved around 200 school students and dancers within the community.

The centres first major community dance production funded by the Arts Council of England was The Ugly Duckling (1989) which saw around 100 people aged between 7-55 performing Kathak, creative movements and folk styles of dance at the Haymarket Theatre and MOAT Community College. Many new and innovative shows followed, but with the significant decline in public sector provisions, made work for South Asian dance artists in Britain a permanent struggle. This resulted in the Asian Dance Animateur Project coming to an end in 2002.  Nilima had to take a different approach towards Indian classical dance and became more involved in regional dance development. 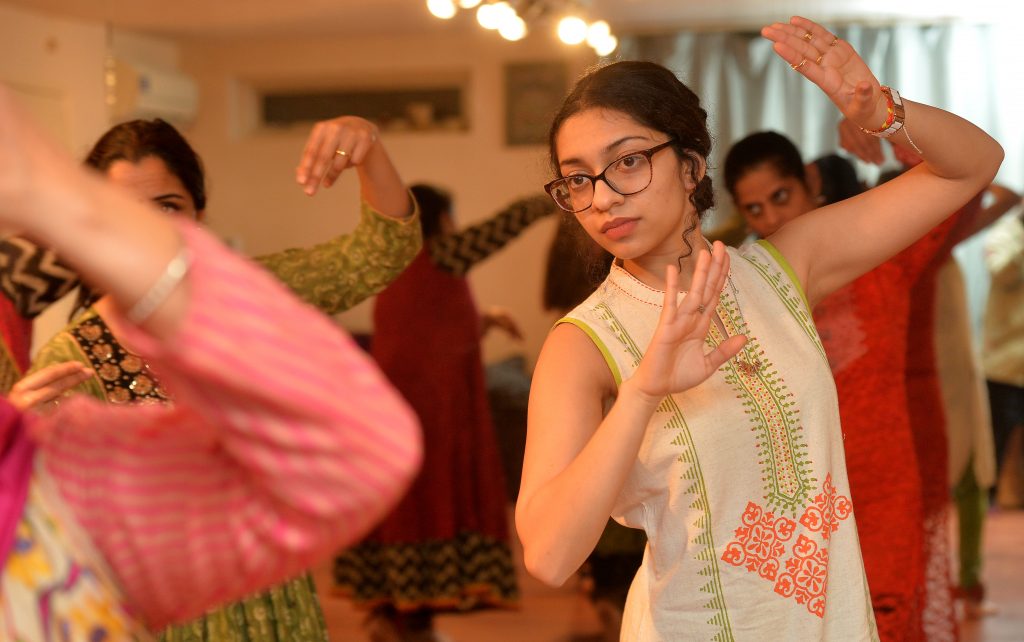 2011 marked the Centre’s 30th anniversary, which was celebrated at Leicester’s Curve theatre and a number of dance-related events were organised throughout the year across Leicester and the East Midlands. Understanding the unstable position of Indian classical dance influenced CICD to archive its work for future generations. Working with a team of historians, the centre produced a book to accompany an exhibition showcased in 2012. Since 2016, CICD have been working on a new archive project called Abhilekh. Set for release this year, the project will showcase photographs, video material and costumes collected throughout the years.
With years of hard working building the reputation CICD has today, Nilima’s efforts haven’t been overlooked; in 2013 she was honoured with an MBE for her services to dance.

CICD aims to continue its work as the being the ambassador for Kathak and other South Asian dance styles, as well as developing further awareness for art and culture. The Centre Nilima has created has brought communities together and transformed Indian classical dance into a fascinating part of history.