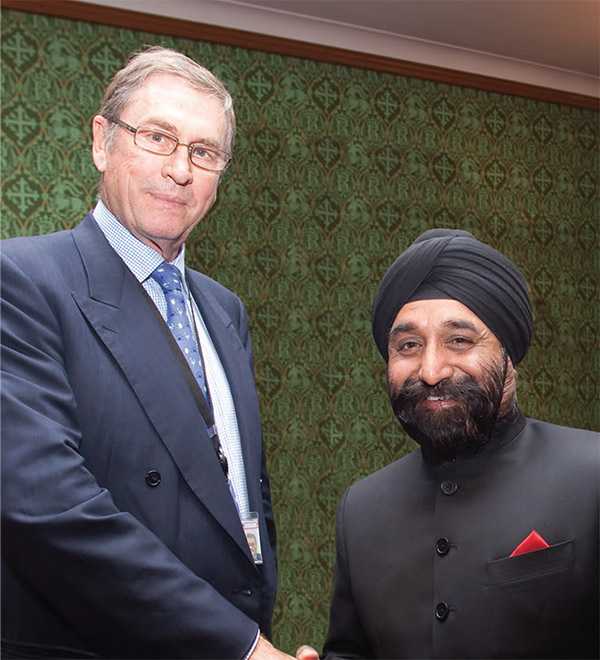 When Vic Sethi was approached to get involved with Crimestoppers, like some, he admits he had no idea the organisation was a charity. Now the Indian born businessman, who spent time as a youngster in Kuwait, is an active supporter of the Leicestershire & Rutland committee and has recently been appointed Chief Patron.

As a driven entrepreneur and after a number of successful business ventures, Vic started to invest more time and money into local sports clubs and charities just before the turn of the millennium. This way he could get more involved with organisations and as a result, sat on the board of many institutes to offer his support and services.

It was when recently approached by Crimestoppers, though, that Vic really started to get proactive and work towards making his local community a safer place to be. When asked about his decision to undertake the role, Vic said “I want to educate as many people about the good work of Crimestoppers” making it clear that spreading the message of the charity is his number one goal.

Through his collaboration with the charity, Vic’s eyes were opened to the immense work that they do, saying; “The first meeting I  attended with Crimestoppers was an eye opener where I  learned so much about the work of the charity.

“I learned  a lot, so decided to become a board member in Leicestershire and Rutland, realising that a lot of the people out there are not aware of the charity.”

Since then, Vic has spent a considerable amount of time and effort on resources to help educate people about Crimestoppers. He wrote the script and produced a promotional video to generate awareness. The aim of this video was to increase knowledge about the charity and how it works in order to take aware any fear people may have about reporting a crime.

Vic’s role as patron has seen him passionately spread the Crimestoppers message, whilst backing projects and events in Leicestershire and Rutland that involve the community, all of whom are as equally keen to tackle crime in their area. But why does he think other people should follow in his footsteps and get involved?

“It’s not only people of Leicestershire and Rutland that should get involved, but all people living in the United Kingdom should support the charity as it is a way of getting their voice heard without fear,” he said.

“They should feel like this is their own organisation and can play their part by spreading the name of Crimestoppers by word of mouth.”