Pukaar Magazine previews the return of Dave’s Leicester Comedy festival, which is bursting with new talent.

Described by The Guardianas’ One of the best festivals in the world’, Dave’s Leicester Comedy Festival will reach its incredible 21st year in 2014. This landmark birthday will be honoured in the style that has made the event so significant and celebrated as a fixture on the comedy calendar, with 17 days of peerlessly programmed stand-up and special events.

Geoff Rowe, founder and director of the festival said he was incredibly proud of the fact that something that started as a student project in 1994, is still going strong 21 years after it began. “I have had the pleasure of seeing so many brilliant comedians over the years and bringing many of them here to Leicester.” Last year was a record breaking year for the festival, with more than 522 events over 17 days, including shows from comedy heavyweights Alan Davies, Al Murray, Russell Kane and Johnny Vegas. The festival will mark its coming of age by presenting a programme that includes festival favourites, veterans of the comedy circuit, award winners, nominees and talented young whippersnappers. 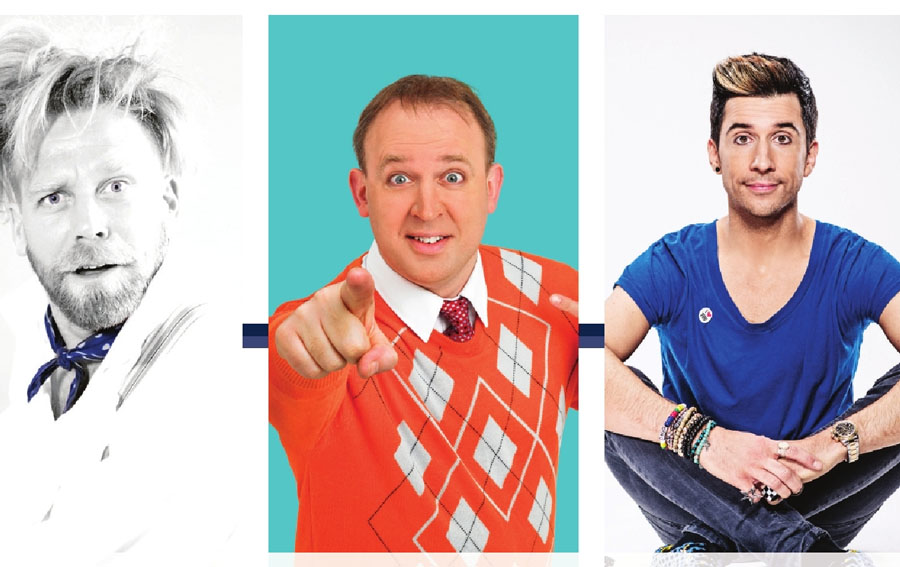 One of these newcomers making her debut is home grown Leicester comedienne, Rachel Parris.” I am really excited to be coming back to Leicester to do my show, although I think it will feel pretty strange too! Comedy is something I’ve only got into since I left home, so it’s a whole new audience for me, even though it is technically a home crowd! I  somehow missed the comedy festival when I was younger and have only become aware of what a massive thing it is since I’ve been in London, so I feel very proud to be finally coming home to be a part of it.” Rachel’s musical comedy show, The Commission, runs from the 7th to the 9th of February.

Other confirmed acts so far, with many more to be announced, include big name stars like Russell Kane, Sean Hughes, Tony Law, Richard Herring, Nick Helm and Chris Martin. Returning festival favourites will also include The Preview Show Weekender. A sell-out for the past decade, the event which gets comedy fans primed for the festival won’t just be a one-nighter; in 2014 it will be a marathon of mirth to mark the length of the years gone  by, with a 21 act show on the second night. This is followed by Comedy in the Dark. This innovative show is a home-grown festival creation that has gone on to delight audiences when the lights go out, all over the country. Senses are heightened; language takes on new life and laughter sounds even louder in the dark. The Hotel D’Comedie is another original festival creation which has audiences checking in year after year; this intimate site- specific comedy experience at Hotel Maiyango feels as fresh as ever.

The Leicester Mercury Comedian of the Year is an annual highlight and sell out. This 20-year- old competition, judged by the comedy industry cognoscenti, consistently identifies the stars of tomorrow. Previous winners include Johnny Vegas, Jason Manford, Rhod Gilbert, Josh Widdicombe & Sean Walsh. The returning Comedy Blind Date was a huge hit in its inaugural outing last year. On Valentine’s Day brave comedians will answer questions set by a genuine member of the public who will select a “winner” to go on a date with. Expect madness, mayhem, possible nakedness, and if not love then certainly laughter.

Also, Old Folks Telling Jokes is another returning Dave’s Leicester Comedy Festival concept that has enjoyed success, showcasing the skills of the funniest fogies around. Added to this, we have the return of ‘Brief Encounters: Portraits from the Andy Hollingworth Archive’. A festival first last year, Andy’s iconic images of great comics. Who have appeared in each year of the festival’s history will again be on display in the concourse of Leicester railway station. Comedy Heaven is the spectacular finale show for Dave’s Leicester Comedy Festival 2014, in aid of Amnesty International and Prostaid. This is when some of the best acts of the festival gather to raise money for good causes and see the festival out in style. So get ready to laugh and have your funny bone tickled for sure!