With an obvious love for fashion and history, it’s no wonder local designer Arinder Bhullar was instantly snapped up to create costumes for the period film The Black Prince. Her first unexpected foray into costume design has been met with plenty of praise and opened doors to a whole new career she could never have imagined 18 years ago. 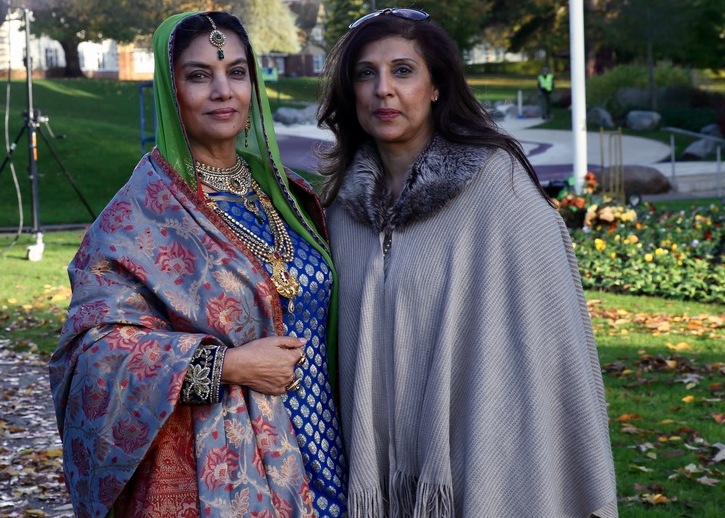 The 56-year-old was recommended for the job by a friend and suddenly found herself being interviewed by the producer and director of the film at her store on Belgrave Road: “I showed them my work, what I’d done and what I could do and a few days later I got a phone call to say we’d like to take you on board”.

This was followed by a visit from a member of the costume department and one-to-one sessions with Satinder Sartaaj and veteran actress Shabana Azmi, who both star in the film. Her job was to create 15 costumes; those worn by Maharaja Duleep Singh and his mother Maharani Jind Kaur in the film.

The movie is set in India during the 1800s so Arinder was faced with a few challenges: “I had to look at pictures and go back to India to source the fabrics and look closely at what was used back in those days, because what we use now, wasn’t available 150 years ago. You have to make sure you’re working with the right textures and embellishments”.

While diamantes are regularly used in her modern designs, this project saw her use very intricate thread and wire work to create these historical costumes.

The regal look in the film is very much on trend in terms of Indian bridal fashion – a market the designer specialises in. The ex-legal publisher left her corporate life in London 18 years ago and moved to Leicester with her husband to set up a fabric shop in the Highfields’ area. This progressed into a small design boutique and she eventually moved into a larger shop on Belgrave Road in 2005.

Boasting an international clientele and several awards under her belt, the designer is in the strongest position she has ever been and looks forward to seeing her brand grow. The mother of two is looking forward to taking on more similar projects: “If you’ve got your heart into something and you put 100 per cent into it, then you can create anything”.

THE INVISIBLE WOMAN COMES FORTH