The publisher of Pukaar Magazine and managing editor of Pukaar News, sheds light on why he believes it is so important to put trust in young people and give them an opportunity to shine. 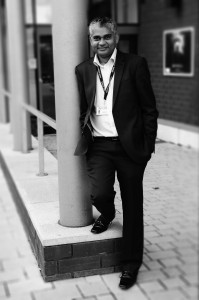 Pukaar Magazine was launched in January 2012 as an unexpected dream of publisher Romail Gulzar. He put together a team of rather young and somewhat inexperienced writers to turn it into a reality. One year down the line, he couldn’t be more pleased or proud of what he and his team have achieved.

“I woke up one morning and rang my colleague who was a freelance journalist writing for websites at the time. I said let’s publish a magazine and she came on board as the editor. I felt like there was a gap in the market for such a magazine, because while there were lots of magazines in Leicester, I didn’t feel like any of them truly celebrated the diversity of Leicester. Furthermore, so many of them were just filled with adverts, and while this is necessary for any publishing business, there really wasn’t any content for the reader to enjoy. That’s how Pukaar Magazine was born,” said Romail.

Interestingly, Romail chose a group of young writers to bring this project to life because he has always been passionate about giving new people a chance and an opportunity to show their talents. He added: “When I came to this country I saw that it was really tough to get any job unless you had experience, but businesses were not offering any experience which meant that so many people who wanted to work were stuck.

“I met many people who were qualified but still working behind a bar. I saw that there was a big gap and although we don’t have the space to accommodate all the media enthusiasts at Pukaar, we can certainly start by providing an opportunity to a few people.”

Between Pukaar News and Pukaar Magazine the company provides work experience placements to three students a month and encourages them to get experience in broadcast  and print journalism. Some of Pukaar’s previous students have gone on to secure positions working for local and international broadcast and print media, with some securing permanent positions in Dubai writing for other magazines.

Romail said: “For a lot of people Pukaar is their first step in a real workplace. Yes there are challenges working with young people and they do make huge mistakes, but I hope that one day when they are sitting in a different company somewhere and undertaking an influential role they remember where they started from.” 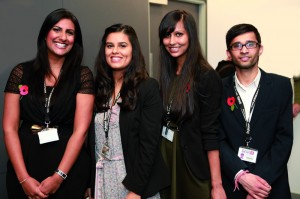 Pukaar has given opportunities to a number of former De Montfort University graduates and Romail hopes he can go on to build strong relationships with other universities in the Midlands.

While many people are winding down in the recession, Pukaar continues to build up its team and expand the brand. Some of the achievements over the past year for the company include being awarded the High Sheriff’s Award for contribution to the community and seeing the editor of Pukaar Magazine being shortlisted for the Young Journalist of the Year at the GG2 Leadership Awards.

It has been a challenge and there have been many highs and lows, however Romail is grateful to the readers and local businesses for their continued support. “I want to thank everyone who has supported the magazine in any capacity and would especially like to thank Vic Sethi of Anand and Daewoo International and King G Mall who have backed us from day one. The year 2012 has been a great one and we could not have got to where we are today without your support.” he added.

What the Pukaar team have to say:

“During my time at the company I have been encouraged to practice what I learnt at university and have been able to gain experience of what it is like to work within the world of media. Pukaar has enabled me to get my foot in the door and develop new skills.”

“I joined Pukaar on a freelance capacity and could not believe what I was hearing when Romail gave me the opportunity to take on the role of editor. I never thought I would get such an amazing opportunity so early on in my career. I have loved every minute of working at Pukaar. The team is professional, friendly and treats everyone equally. Whether you’re a senior journalist or a work experience student, everyone is treated the same.” 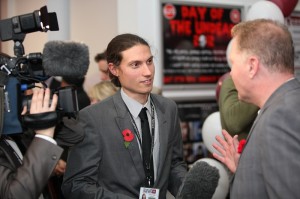 “As a 21-year-old graduate from De Montfort University, I left with high hopes of using all my expertise and knowledge that I gained from university in to practice. However within a year of applying to countless jobs, I was not offered a single interview. It was about this time I was introduced to Romail Gulzar from Pukaar News, who not only offered me a job with the company, but offered me a job as a cameraman.

“I have gained so much experience working with Pukaar News, not only as a cameraman but also as a video editor, in business practice and professionalism. Over the years that I have been with Pukaar News I have been to many places and events that I would not ordinarily have had the opportunity to go to such as, the European Parliament in Brussels, Houses of Parliament in London and celebrity and red carpet events. I have also met and filmed famous and important people such as Boris Johnson Mayor of London, Dominic Grieve Attorney General and David Walliams. I have also been promoted in the company to head of production and manage all of the production side of Pukaar News.”

“My first experience of working with Pukaar included a warm, friendly welcome and the encouragement to follow my dream and write. I will always be grateful to Romail and Pukaar for the opportunities given to me in the early stages of my career as a writer. Romail’s belief in others combined with hard work and determination are an inspiration to many.”

“For over a year I was looking for web developer experience but I was having no luck. One day I saw an advert by Pukaar News on the De Montfort University website so I applied hoping that I’ll get it. Later on in the week I met Romail and despite knowing that I had no experience, he still gave me the opportunity to gain the hands on experience I wanted.” 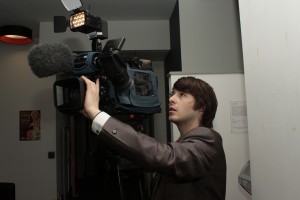 “This has been the ultimate experience for me. Not only is it valuable for my professional future, but it has been wonderful getting to know the Pukaar family! Many thanks to Romail for the chance of a lifetime as we all know that media is a tough nut to crack.”