Independent charity Crimestoppers has been fighting crime since the organisation was launched in 1988 and has since been supporting law enforcement to bring wanted criminals to justice. 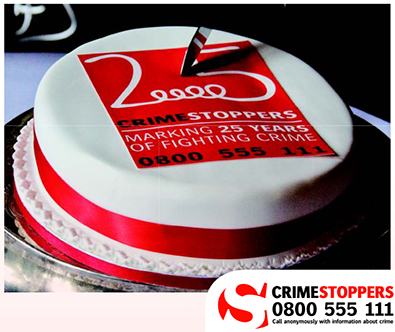 Lord Ashcroft, KCMG PC, formed the charity following the murder of Metropolitan Police Officer Keith Blakelock, during the Tottenham riots in October 1985. The purpose of launching the charity was to encourage members of the public with information on criminal activity to come forward anonymously, without the fear of their identity being revealed.

Over the years they have taken over 1.4 million phone calls, which have led to over 121,000 arrests, £126 million of goods being recovered and £293 million of drugs being seized.

Although the charity works closely with police forces across the UK and law enforcement organisations such as the Serious Organised Crime Agency (SOCA), it is their independence from such agencies, which has contributed to the charity being able to pass on so many pieces of actionable information.

Crimestoppers employs regional staff in 14 areas across the UK, who engage with local people to find out about the crimes and issues affecting their community. The committee in Leicestershire has been incredibly pro-active over the years, supporting Crimestoppers staff to run campaigns on issues such as the theft of Asian gold, metal theft and burglary.

These volunteers come from varying backgrounds such as media, businesses or local government, which has enabled the charity to get to the core of the community and work with them to make their neighbourhood a safer place to live.

In 2005 the charity launched the Most Wanted section of its website – housing some of the UK’s most sought after offenders and in 2010 launched Fearless, which was aimed at 11-16-year-olds, educating them about crime and encouraging them to pass on information.

In March 2012 Crimestoppers launched a mini mobile version of its website and its youth service website, Fearless.org to make it easier for people send across any information.