INDIAN RESTAURANT BOBBY’S IS ONE OF THE OLDEST AND MOST SOUGHT-AFTER VEGETARIAN RESTAURANTS IN LEICESTER. PUKAAR MAGAZINE’S KAVITA SHYAM SPEAKS TO OWNER DHARMESH LAKHANI ABOUT THE ORIGINS OF THE BUSINESS AND HOW THE RESTAURANT HAS EVOLVED OVER THE YEARS. 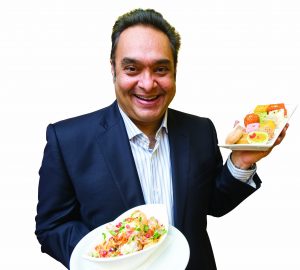 It’s no easy task running an Indian restaurant, especially when you’re competing against plenty of other establishments, in one of the curry capitals of the country. However, Bobby’s has carved a niche for itself, drawing regular customers to the vegetarian restaurant over the decades.

Bobby’s embodies innovative and honest food in a relaxed and modern setting, where guests can enjoy good food and good conversation. Started by Bhagwanjibhai and Manglaben Lakhani back in 1976 on Valentine’s Day, their restaurateur son Dharmesh now carries the tradition of bringing the flavours and spices of Indian cuisines to the masses.

This fine dining restaurant is amongst a plethora of tasty restaurants on the golden mile and manages to stand out with its contemporary Indo-Chinese food, as well as traditional Gujarati, South Indian and Punjabi cuisines.

She felt my father knew nothing about running a restaurant, But he said that he would learn and felt there was a lot of Asian space in the market. My father asked my mother to prepare the food and sweets, while she was shocked initially, she agreed. When we opened people were very unsure of the market for vegetarian restaurants. But it did not deter my father. The first day we opened it was quite busy.”

Dharmesh claims that many decades later, most of the diners at Bobby’s, continue to be familiar faces. Among the many customers, the restaurant has a couple who regularly visit from Chesterfield and another couple from the South of France, who come to the UK often to dine at Bobby’s.

Needless to say, there are also non- vegetarians, who are in awe by the food. “I often tell people, don’t think of vegetarian food as an alternative to meat. It’s just a different way of cooking with different ingredients. We make the vegetables taste even better than you’ve had before. We use a fusion of spices.”

Over the years the family have put in long hours to get to where they are today, they have employed a range of loyal staff members, some who have been with them for more than seventeen years. “We kept inventing and evolving every few years. And key to any business is stability. We may have different roles but as workmates the team is equal. The key is never to be unapproachable. Also to remember that each one of us is human and we can make mistakes.” 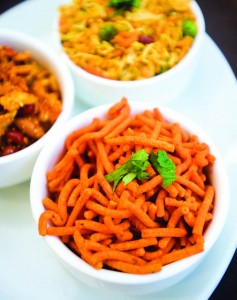 When asked why Bobby’s was unique from other restaurants in the city, Dharmesh shared, “Our unique selling point is traditional Indian food. I don’t think there is anyone who does better chat and bhels than we do in the country. We won’t compromise on quality. If we have a good recipe we stick to it. People come to you for something specific.”

Last Diwali the customers were spoilt for choice at Bobby’s, as the restaurant created a variety of sweet options, catering to the needs of their customers. Dharmesh further adds, “To change the menu is not as easy. However, it’s about doing research to see what is missing.”

In a time of difficult retail climate the business has been affected, because restaurants are a luxury admits Dharmesh. However, the business has survived in deep economic crisis and bounced back. He emphasises on strong foundations and right values to get through.

Having been recognised often for their quality of food and service, the esteemed restaurant was awarded from the House of Commons in early 2014 for creating sugar-free sweets.

There is no stopping for Bobby’s now, as they are all set to start a new healthy menu and plans to refurbishing the current premises. “We’ll be working with a dietician to calorie-count, but do dishes which are cooked in a healthier way. Indian food does not need to be fattening, we don’t binge on box of sweets or snacks unless it’s Diwali. It’s about getting a balanced diet and portion control.”

Current favourites on the Bobby’s menu include the chole bhature, samosa, pakoda, dhokla, bhel, chat, dahi puri, farsan, pure ghee sweets and dry savouries. “We make everything fresh; the quality is maintained as per your spice choice. All our items are made here individually in Leicester.” 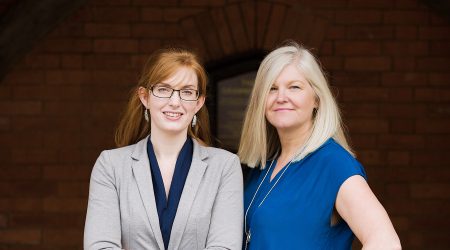