Devastating floods across the world this summer have brought misery to millions and led to widespread debate among climatologists about whether or not there is an overall pattern emerging. Pukaar Magazine’s international reporter Andrea Waind takes a closer look at some of the countries affected. 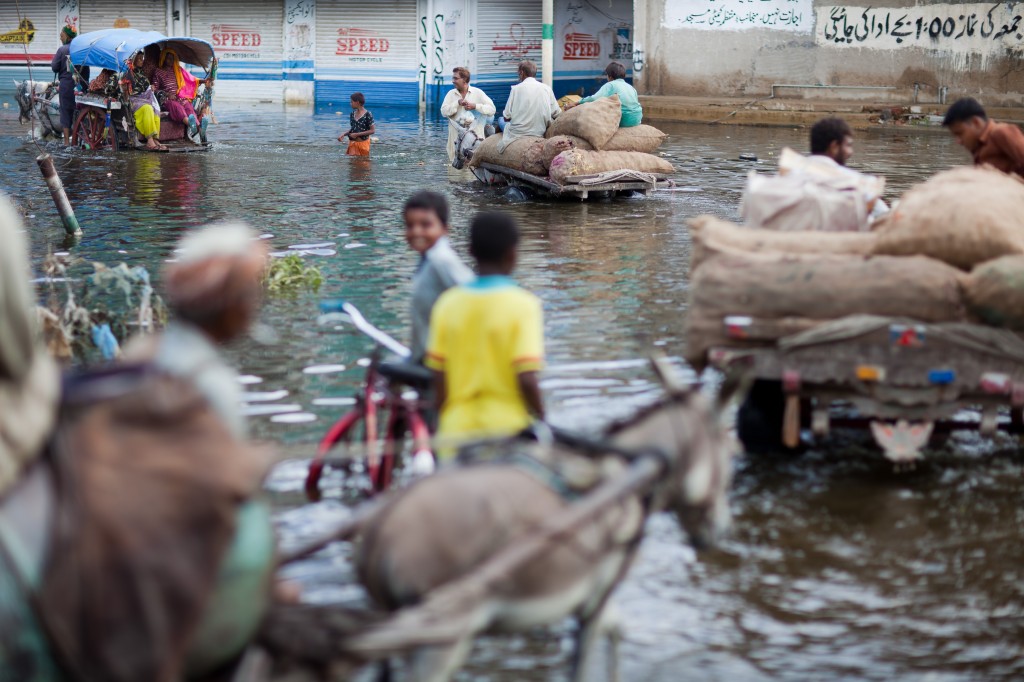 It is always difficult to deal with the aftermath of a large-scale natural disaster and some of the biggest countries in the world are still reeling the effects of falling victim to severe flooding.

In China the heaviest rain in 60 years led to 77 deaths in Beijing. Now, questions are being asked about whether the city’s rush to modernise came at the expense of sound infrastructure, including efficient drainage.

Buildings collapsed during July’s (2012) torrential downpour and major roads became rivers with cars submerged, with water reaching commuters’ knees on city buses and cascading down the steps of overpasses. Beijing residents are angry that the authorities underestimated the death toll at 37.

For several days the government’s Xinhua News Agency said 25 people had drowned, six died when houses collapsed, one was struck by lightning and five were electrocuted by fallen power lines and one was killed as he tried to help his neighbours to escape.

Thousands were stranded at Beijing’s main airport as 500 flights were cancelled and evacuees numbered more than 65,000. The mayor of Beijing resigned, but officials insisted this was unrelated to the floods and he was moving to a more senior position.

The scale of the disaster is a major embarrassment for China. Beijing, China’s showcase capital, boasts the iconic venues for the 2008 Olympics, the world’s second- largest airport and astonishing skyscrapers. But there are questions about the economic precedence given to vanity projects over basic infrastructure, which could limit the effects of flooding. 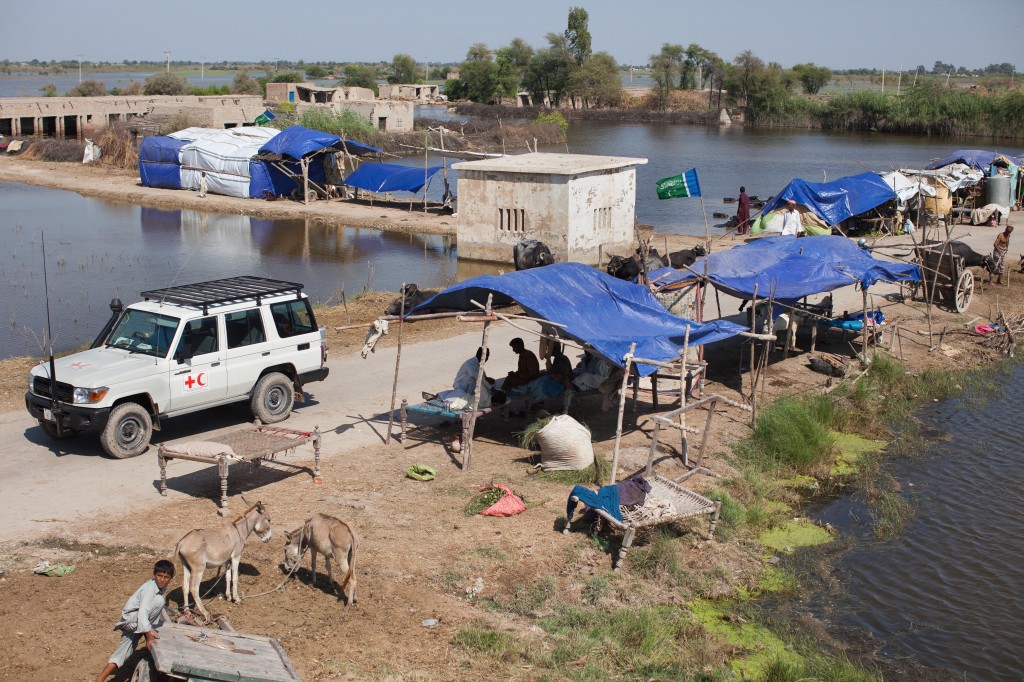 ‘In terms of drainage technology, China is decades behind developed societies,’ said the state-run Global Times newspaper. ‘If so much chaos can be triggered in Beijing, the capital of the nation, problems in urban infrastructure of many other places can only be worse.’

However, a senior government engineer, Zhang Junfeng, pointed out the extreme nature of the deluge. ‘In just one day, it rained as much as it normally rains in six months in Beijing. ‘No drainage system can withstand rains this big.’

The previous week record rainfall in Japan (July 2012) caused massive floods, forcing around 250,000 people in the south-west of the country to flee their homes. There were 28 deaths, hundreds of landslides and damage to thousands of homes and hundreds of roads in the south and west, reviving memories of the 2011 earthquake and tsunami.

The southern island of Kyushu suffered the most devastation, requiring several days of emergency supplies in areas where the deluge left soft ground with the risk of further landslides. But as far north as the ancient capital of Kyoto, almost four inches of rain fell in an hour, causing flash floods, which swept cars off roads, cascading so heavily it was impossible to see.

Brown water from an overflowing pool flooded the grounds of the Golden Pavilion, a Buddhist temple and one of Japan’s cultural icons.The pavilion itself, which is a reconstruction of a building originally built six centuries ago, remained out of reach of the water.

In Yamaguchi prefecture a shocked resident, Yoko Yoshika, said the rain ‘was like a waterfall.’ The scarcity of flat land, leading to construction of houses below steep hillsides and in narrow river valleys, means deaths from landslides and flooding are common in mountainous Japan. But the number of fatalities and the intensity of the rainfall prompted media speculation about global warming causing the flooding.

Russia held a national day of mourning on July 9, 2012 after torrential rain and night time flash flooding in the Black Sea area killed more than 170 people. A criminal investigation is being held into whether negligence contributed to the death toll.

In the worst affected region of Krasnodar people even drowned in their beds. Streets in the town of Krymsk became rushing rivers, which invaded thousands of homes forcing people to flee in the middle of the night. Nearly 19,000 people lost all their property. 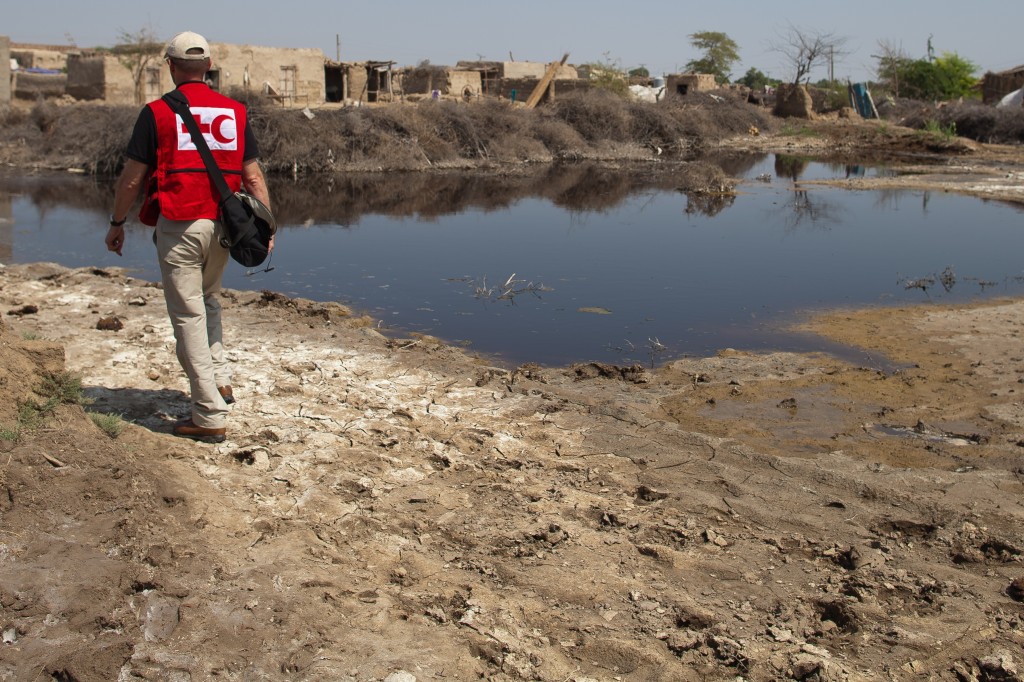 Residents say the authorities failed to issue proper warnings, leaving them scrambling for safety. The public outrage led to widespread mistrust of the government. An Emergencies Ministry spokesman said that text message warnings were sent out but residents said they didn’t receive the alerts.

Ministry head Vladimir Puchkov acknowledged that the response was inadequate. ‘A system to warn the residents was set up,’ he told the deputy prime minister. ‘But, unfortunately, not everyone was warned early enough.’ Lax safety rules and ageing infrastructure have been blamed for a series of natural and man-made disasters in recent years.

The Russian media called the flood a ‘disaster that could have been forecast and prevented’ and President Putin flew to the Krasnodar region to try to counter anger against the government by taking charge of the floods investigation and its aftermath.

According to the state meteorological service 12 inches of rain fell in less than 24 hours, five times the monthly average.

The legacy of an insufficient response to flooding can be a future tragedy. In Pakistan eight people died in July when a makeshift chairlift fell into the Indus.

The basket crossing, meant to hold four people, was built in 2010 after flood waters washed away a bridge in the remote Gilgit region.

‘The chairlift was overloaded,’ said local resident Basharat Khan. ‘It crashed into the river after the metallic rope it was mounted on snapped.’ 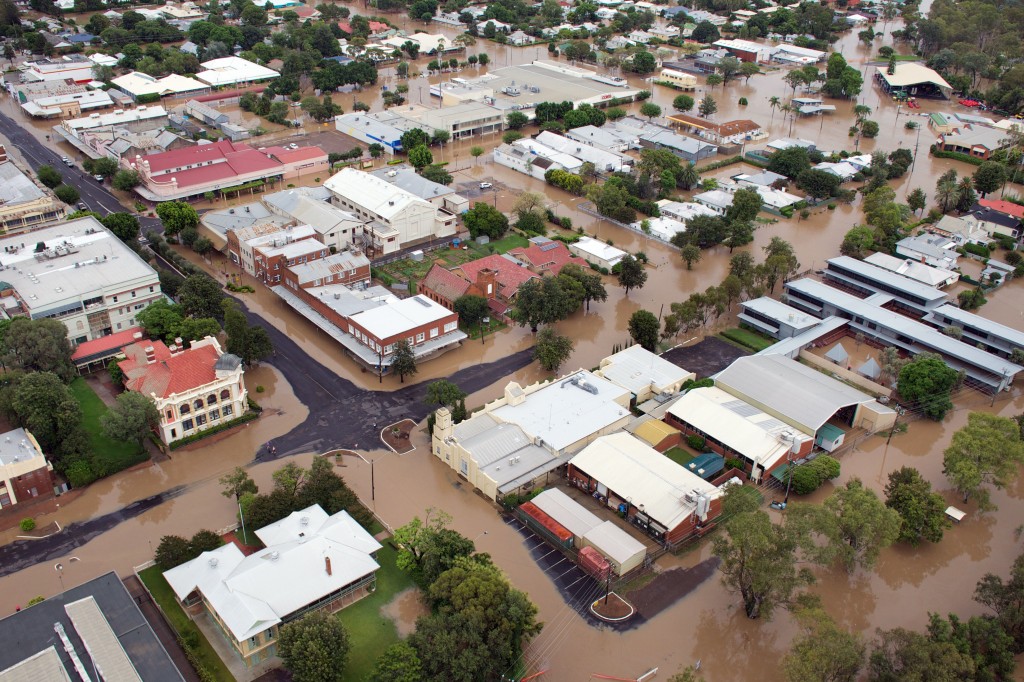 Residents said the 100-metre line was the only way to cross the river and that they had repeatedly asked the government to rebuild the suspension bridge which linked the Gaise Valley with the Karakoram Highway. Its loss meant that almost 10,000 people living in the valley were cut off.

People continue to use similar chairlifts, precariously strung hundreds of feet above the valley, across the underdeveloped mountainous north-west. Many prefer using these giant baskets, pulled across rivers by hand, to travelling for hours to reach bridges.

Bashir Ahmed, the regional minister for works, said three officials had been suspended after the accident.

John Krebs, chairman of the Adaptation Sub-Committee of the Committee on Climate Change – an independent body that advises the government – says the study demonstrates the need for urgent action. Without a plan, he says, ‘the country may sleepwalk into disaster.’

The summer washout caused by this year’s moving jet stream has concentrated minds
on flood planning. More than five million people in England and Wales live and work
in properties at risk of flooding from rivers or the sea and over the past decade the UK
has experienced heavy floods, which have affected thousands of people and caused millions of pounds worth of damage. While climatologists argue about whether this is a result of climate change, computer predictions say that we can expect to see more flooding in the future.

Flood defences need to be improved and houses adapted by building on higher ground away from flood plains and using materials that can withstand heavy rainfall.

Across the world, coastal areas are threatened as sea levels rise and deforestation increases flooding as forests soak up a lot of water. Wetlands also take up moisture, but many are being drained to make room for development.

Armageddon watchers are prophesying oblivion on the internet, but scientists are divided and say that we do not yet understand weather patterns. In the meantime Unesco (the United Nations Educational, Scientific and Cultural Organisation) stresses that it is vital for local communities to be educated about flood management and involved in their own action plans.

The UK has supplied 20 prefab bridges to Pakistan, based on the Second World War Bailey Bridges, as part of its flood response and 26 more will arrive by the end of the year.

Severe flooding is the most serious climate change risk to the UK and could affect millions, according to a government study.

The first Climate Change Risk Assessment by the Department for Environment, Food and Rural Affairs looks at how greenhouse gas emissions could affect farming, health and infrastructure.