Radio veteran speaks out about his hobby that turned into a full blown career, which will now see him take on a senior role at the city’s BBC broadcasting service.

Since joining BBC Radio Leicester in 1986, Kamlesh Purohit has been instrumental in developing the station’s Asian programming and has also worked across the board in news, sports and even television. However, he is now all set to take on a brand new challenge as the Assistant Editor at BBC Radio Leicester.

This new full time role completes a full circle for the media personality, who started off his career as a presenter for the city’s Asian output. He then went on to become a key member of the management team at BBC Asian Network once the station broke away on its own and has also reported for BBC Five Live, BBC Radio 4 and BBC World Service in addition to presenting news on television for BBC East Midlands. 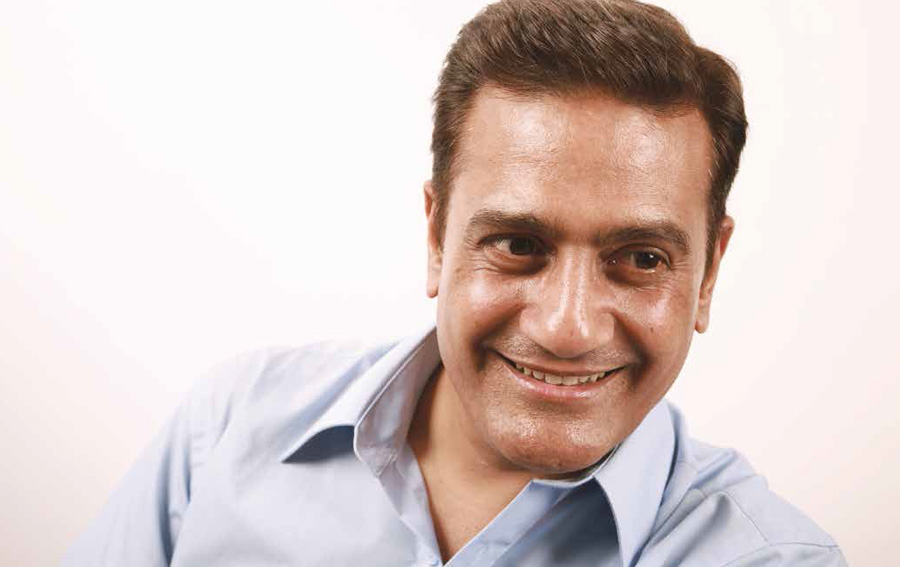 Speaking about the new appointment, Kamlesh said: “I’ve been lucky enough to have worked in many parts of the BBC, but they say home is where the heart is, and coming back to the station where I started my BBC career – a station I grew up listening to as a child – completes a very exciting journey for me.

“To be assistant editor at the country’s first local BBC radio station, working with such a fantastic team is a dream come true.”

Kamlesh, along with his brothers and mother left his country of birth Kenya behind to move to the city of Leicester in the early 1970s. It was a tough time for him as he had tragically lost his father in a car crash just before they moved. He added: “It was a big challenge to settle in a strange environment with no father figure in the family, no bread-winner as such. But we came through it all smiling thanks to our mum, who was an amazing woman.”

He adds that 1972 was a difficult time for Asians in the city as a whole as it marked the arrival of the Ugandan Asians, which soon after prompted a lot of opposition to the community. “I recall the days when I was at school – I went to Mundella Boys on the outskirts of Northfields, which was quite a rough area. Racism was rife, skinheads used to roam the streets so even coming home from school every day was a challenge as you had to try to avoid the areas where you faced getting beaten up.”

But the early challenges aside, Kamlesh credits the city and the country for giving him so many opportunities. With a degree in electronic engineering from the then Leicester Polytechnic, he secured a full time job with GEC, which he continued doing while freelancing at BBC Radio Leicester.

“What started off as a hobby turned into a career. I just loved working in radio. I started off working behind the scenes and very quickly started to co-present, after which I got the opportunity to present my own show and things just developed from there.” Kamlesh got his own show in 1988, which he described as being his sole ambition at the time. This was when Asian presence in media and broadcasting was still limited. Kamlesh was the first in a new generation of Asian broadcasters which wanted to move away from traditional music programmes to harder-edged journalism that dealt with real people and community issues. In particular, he developed a passion for news and sport journalism, which is where he excelled.

“To be assistant editor at the country’s first local BBC radio station, working with such a fantastic team is a dream come true.”

During this time he had the opportunity to interview Bollywood celebrities, and just generally present to the Leicester audience who he credits as being fantastic. “When we did outside broadcasts, people would come over to us and almost treated us like stars. It was a strange feeling, but people really embraced us,” he added.

The challenge of being taken seriously, compared with the mainstream service was always there, as a lot of the Asian presenters at the time were part-timers holding down full-time jobs elsewhere. And though he believes there was never really any kind of discrimination, he remembers the newsroom being traditionally dominated by white males, with hardly any Asian journalists in local newsrooms.

Having been with the BBC for over 27 years, he has seen some incredible changes. “I’ve spent over half of my life here which is quite frightening. When I joined the service there was one hour a day of local Asian programming in Leicester and it’s now a national service, which is pulling in over 600,000 listeners a month. I feel proud to have been involved in the development of the service.” 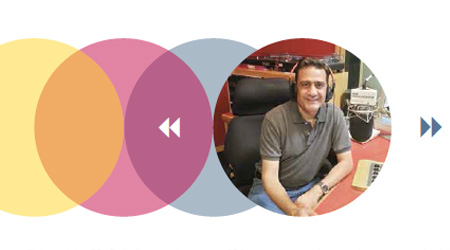 Kamlesh’s various roles with the BBC Asian Network included working as the head of sport. He was also responsible for finding and developing new talent, in addition to working as the head of programming. He worked with the likes of Manish Bhasin and Adil Ray in the initial stages of their careers, who have since gone on to become household names.

Some of his proudest moments to date include being breakfast and lunchtime news presenter on BBC East Midlands Today and having the opportunity to cover the historic Pakistan vs. India cricket series in 2004. “I became the first British Asian to commentate on Test Match Special. For me it was a dream come true to be able to provide cricket coverage for a sport that Asians are so passionate about and the fact that two years earlier, we didn’t even have a sports service.”

Though he has had the opportunity to be part of some amazing projects, Kamlesh said: “Home is where the heart is and my heart will be in Leicester forever. This city has been so hospitable to me and my family and we are fortunate to have made it our home. I love the Leicester audience so much. The day I stop feeling the excitement and privilege is when I’ll have to call it a day, but I hope that day is very far away.”

SWIMMING IN LEICESTER THE HIDDEN HISTORY

A Slam Dunk To Victory