Nina Stibbe release her new book, An Almost Perfect Christmas late last year and tells Keya Modessa why she’ll never cook a Christmas turkey and how much she loves Leicester.

I’m speaking to Nina first thing in the morning. She’s just got home to Cornwall after spending the evening on the night train. She’s croaky and apologetic but within seconds is happily chatting away about Leicester: 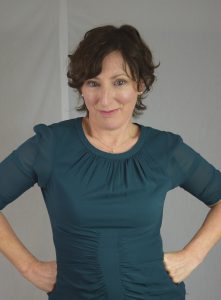 “I’ve slightly got my eye on it for the next move whether it will happen or not, I don’t know. I really love it there, I feel so at home. I love the city – of course it’s changed since I lived there and it’s rather swish and smart nowadays.”

Nina burst onto the literary scene in 2013 when her debut novel, Love Nina was published. The book was based on letters she wrote to her sister Vic while working as a nanny in 1980s London for the literary editor, Mary-Kay Wilmers looking after her sons, Sam and Will Frears.

Born and raised in Leicestershire, the author spent her early years living in the city’s trendy Clarendon Park. Her parents divorced when she was young and soon after her dad’s business went bust. The family went from living quite a privileged life with nannies, gardeners and ponies to becoming very poor, very quickly. Life became a little grim and Nina moved out of the city with her mother and siblings to a small village and raised a few eyebrows along the way:

“My mum rocked up with four kids and I think people were a bit suspicious and understandably. She was a little bit unorthodox – young and divorced and it was frowned upon. I think we were a little unsettling for everybody and the way we lived – my mum was a bit of a hippy, we played loud music and she was a bit of a drinker and smoker so I think that was daunting.”

Uninspired and unmotivated, Nina dropped out of school when she was 15 and started working at a nursing home and then at a dentist. She thought she was being clever because she could now afford to buy lovely shampoo, make-up and records but as her friends started leaving for university, she began to regret her decision. She wanted her own adventure so when her brother applied for University in London, she got a job there as a nanny:

“I was never a proper nanny, the kids I was nannying felt very much like my siblings so I didn’t nurture or care for them in the way a paid nanny would – I was actually quite sisterly and a bit grumpy with them but that kind of worked and I was the perfect nanny for that family.

Referring to herself as an ‘irresponsible and lazy,’ Nina immediately felt at home with her nanny family. She worked here for two years but continued to live there as an outgrown daughter while studying for an A’Level encouraged massively by Mary-Kay and her partner, whom she also met then.

The letters she had written to her sister resurfaced years later, so when Nina was asked to write a contribution to a book of tributes for Mary-Kay’s 70th birthday, she decided to dig out one of the letters that best described her former boss.

She was then approached by a publisher who wanted to publish the letters. Obviously, Nina was over the moon. Mary-Kay, not so much.

“A year or so later I was asked to give a speech at Sam’s 40th birthday party and I read a couple of the letters that were about him. I think she [Mary-Kay] could see they were very gentle and she and the boys come out of these letters so well, they’re adorable.”

The book became so popular that Nick Hornby adapted it into a BBC television series which aired last year and starred Helena Bonham-Carter, Jason Watkins and Faye Marsay who played Nina.

Nina went on to write two other books, Man At The Helm and Paradise Lodge, loosely based on her life and narrated through the eyes of a young character called Lizzie Vogel. Both were very successful and cemented Nina’s much-deserved place in literary land. 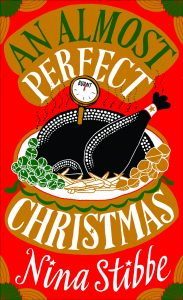 Her fourth novel An Almost Perfect Christmas has just recently been released and is an ode to the joy and sheer panic that comes with celebrating the most wonderful time of the year. In true Nina style, it’s a mix of fiction and non-fiction and includes some hilarious Christmas experience and memories:

“At Christmas, my mum would buy this great big frozen turkey. She’d never get it defrosted in time and we’d have to get the hair dryer out. She’d usually get it cooked and nobody died miraculously. She’d chop it up at the table and we’d all have to say how lovely it was, but she wouldn’t eat any of it – instead she’d have a cigarette or a carrot. Because of that, I’ll never cook a turkey. I refuse to do it.”

It’s not that she doesn’t like Christmas, but everyone tries so desperately hard to get it right:

“Shopping becomes a nightmare with presents and food and then people get cross if they don’t eat at the right time and it all becomes a little too stressful.”

So for the last few years, Nina’s left the country during Christmas, spending it on the ski slopes with her family. But like all good writers, she did her research on the topic in preparation for writing this book:

“I had a Christmas party last year so I could write about it and it was f***ing awful. I went into it thinking it was going to be easy but my sister had to come from Leicester to help me – it was really hard.”

When I ask her how she’ll be celebrating this year she simply says, “I don’t know – I bet we’ll go skiing.”