PUKAAR MAGAZINE SPEAKS TO BARONESS VERMA ABOUT HER NEWLY APPOINTED ROLE AS MINISTER OF INTERNATIONAL DEVELOPMENT. 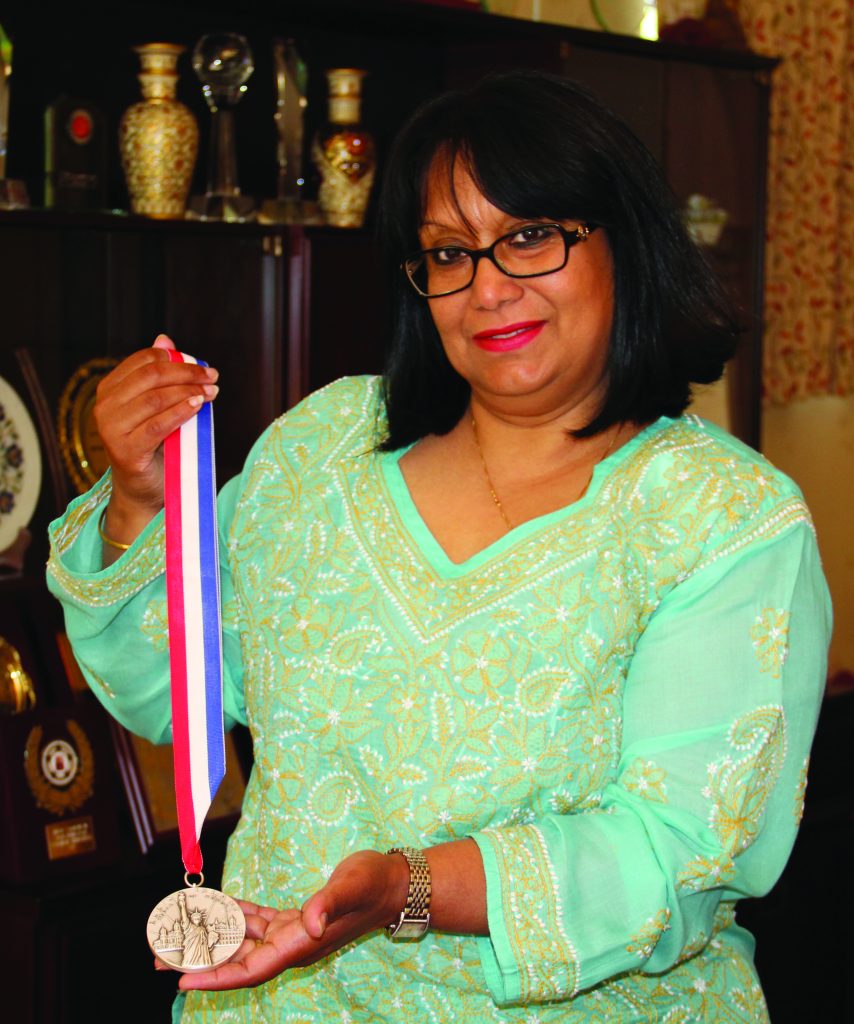 “It’s funny because when I first came into government in 2010, I started off as being in the Department of International Development as a Whip and now as a full-fledged Minister, the responsibilities are different, but I am so, so pleased to be there because it really ties in with all the work that I love doing,” explains Baroness Verma as she speaks to Pukaar Magazine about her newly appointed role.

Having been recognised for her valuable contribution in making a difference over the years, Baroness Verma was recently awarded the prestigious Ellis Island Medal of Honour 2015, “It’s awarded to people who have come from diverse backgrounds and managed to achieve over and beyond what regular people would achieve,” shares Baroness Verma, “it’s a real privilege because I was one of two international awardees only. It just shows you that your work does get recognised, it has an impact and it does change people’s lives.”

Born in Amritsar, Punjab, Baroness Sandip Verma moved with her family to the UK before her first birthday to settle for a life in Leicester. Her childhood career ambitions reveal how she was destined for a career in politics, “My mother particularly wanted me to become a doctor, but coming from a traditional Indian family, I’m afraid it was marriage at the age of 18. I’ve always wanted to have a public life, I looked at Indira Gandhi when I was a kid and saw this wonderful strong woman and she sort of inspired me to look at politics. I was very young when I looked at politics. I was 11 years old when I wrote in an essay that I wanted to be Prime Minister of India, so my political ambitions for high office started a long time ago.”

“I think the mid-70’s taught me a number of lessons and those lessons were that suddenly a person of colour was not going to have the same access and opportunity as someone that was not of colour and that began to shape my thinking of why I needed to stand up and be a voice for other people.”

Since starting her political career in 2010, she still finds there is a lack of support from the Asian community, “I don’t think that it’s easily understood by the Asian community, how difficult it is to actually get in to front line politics. You still face a lot of barriers; I don’t think people are always mindful of that. Having said that I have had some really good supporters on the journey, but you do find that there is this lack of engagement from our communities which has been a bit of a hindrance rather than help.”

Offering advice to young female aspiring politicians she shares, “There are always going to be challenges for girls and given that I come from one of the most conservative families, as a girl, I made it! I think I should show people that there is a great opportunity; you’ve just got to have belief in yourself. My two best friends are commitment and confidence and both of them have been with me and will stay with me for a long, long time.”

“My dream would be to see a Prime Minister of Indian origin govern the UK. I think it would be a wonderful step forward, because this country does really offer that opportunity for everybody to achieve their dreams. I’m mentoring a number of young people from our communities to come into politics, so it could maybe be one of them.”

Having moved to London to pursue her political career, Baroness Verma reflects upon the city which she was brought up in, “I’ve grown up in Leicester all my life; it’s a fabulous city, I’ve seen so many changes, it was a city, first of all where there were a few people that looked like me and now look at it. Twenty-first century, half of the city looks like me; it’s a diverse pluralistic city.”

Looking ahead to the future she shares, “I’m hoping to do a good job here; appointments are at the behest of the Prime Minister. Whatever job I’ve undertaken I’ve always done to my best ability. One day when I’m ready to leave frontline politics, it will be because there will be many more people in there that represent the sort of views that I have. I will then hopefully go off and do something internationally away from the UK, maybe at the United Nations, maybe at the Commonwealth, I don’t know. But I have a lot more yet to give.”