Pukaar Magazine’s Emma Smith talks with Rik Basra about his 30 years on the police force, battling and overcoming leukaemia twice and seeing up his campaign to help others.

As an active part of the police force for three decades, a two-time cancer survivor and the creator of an award winning campaign, Rik Basra can be described as brave in all aspects of his life. Reflecting on his retirement, the progression of the campaign and winning the Points of Light award from the Prime Minister, it’s safe to say that the past few years have been life changing for this strikingly dedicated member of the community.

Born and raised in Leicester, Rik knows the community well, having spent the entire of his working and educational life here. After joining the police in the September of 1985 he initially started out doing the beat duties. Throughout his long career as a police officer, he conquered more than six different roles including patrol officer, immediate response, murder inquiries, handling the complaints departments and being an inspector.

After thirty years of experience, he covered a spectrum of skills and was trained in strategic roles, public order and counter terrorism. Moving internally from job to job, he was evidently a striving and essential part of all aspects of the crime fighting team in Leicestershire. 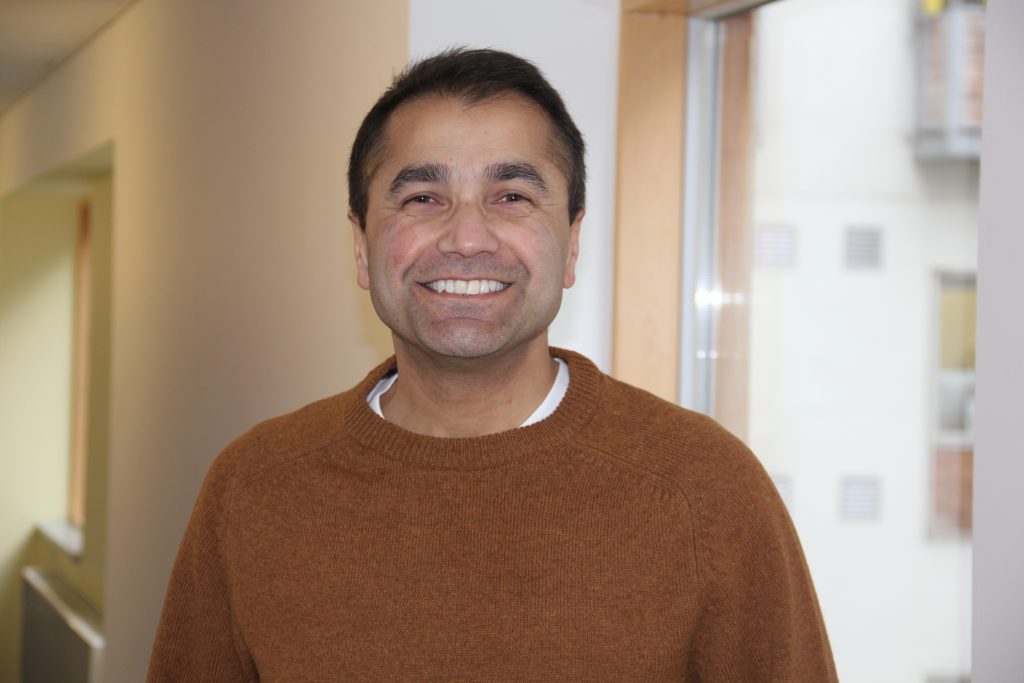 Due to his dedication and commitment, the police were incredibly supportive when Rik was diagnosed with Acute Myeloid Leukaemia back in 2011. When asked about being diagnosed, Rik said: “When you’re healthy, you take things for granted. I was, believe it or not, fit as a fiddle. I played football twice a week, went to the gym every day and had never had to stay in a hospital. In hindsight I could see myself running down, but I had a severe cold at the time, which is what I put the tiredness down to. My immune system was failing, and if I got an injury whilst I was playing football it wouldn’t heal.”

Rik initially realised something was really wrong following a family holiday. After the plane had landed, Rik became so weak that he couldn’t even push the suitcase. Upon arrival back in England, he went straight to the hospital where the terrifying news became a reality. The hospital essentially told him that if he gave them a year of his life, they could potentially give him his life back. Agreeing to this, Rik started on months of extensive and powerful chemotherapy in order to get him into remission.

Following what were described as some of the worst months of his life, he was then released from hospital, and told that statistically if he were to go two years disease free, the chances of it coming back were only 1%. However, two years later, the slim chances of its return were unfortunately realised, and Rik was ill once again. The difference this time was that he needed a stem cell donor. 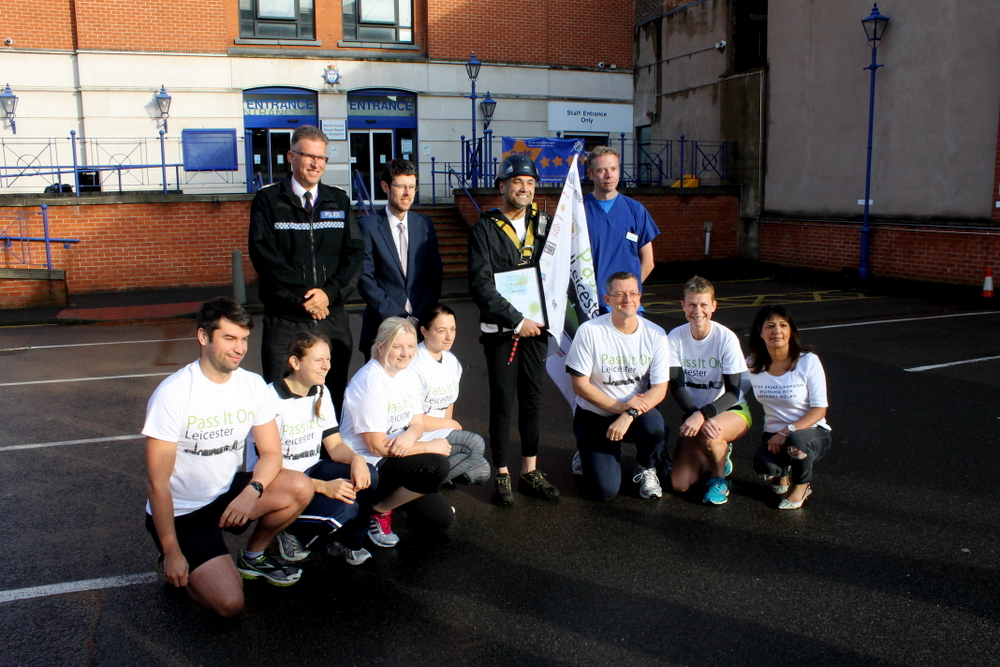 Rik’s now incredibly successful campaign, The Rik Basra Campaign, was originally started in association with the police to find him a donor. Despite that it takes three months for someone to register to donate – time that he did not have – he did not lose hope. The Anthony Nolan Register in the UK only contains 4% of ‘Asian’ stem cell donors, which meant that the chances of finding a match were incredibly low for Rik.

When asked what helped him to remain hopeful when he was told how slim his chances were, Rik said: “There was something that told me that this wasn’t it. I can’t put my finger on it, but I knew that I would get through this. I had immense support from my wife and kids, and those parts that I could control I did my best to ensure that I had the greatest chance of survival possible.” Rik did, eventually, find a match, 2 weeks before his last bout of chemotherapy, which saved his life at the final hurdle.

The astonishingly caring individual didn’t want others to suffer in the way that he did, and so he went above and beyond to continue the campaign, which has, over the years, encouraged thousands of people to join the Anthony Nolan register. Rik hopes that one day they will be able to spread their campaign nationally enabling more and more people to join, which is what they are mainly focussing on this year.

Despite the copious amounts of volunteers and donors they have managed to recruit so far, they can only recruit individuals between the ages of 16 and 30 meaning that they have to target places where they will find people belonging to this age group. At Queen Elizabeth College alone they managed to recruit over 600 people in one day, and only stopped because they ran out of individuals to sign up.

One of the main aims of the campaign is to spread knowledge and deplete the stigma and fear around becoming a bone marrow donor, something that the register in Germany, where Rik’s donor was found, have accomplished by teaching awareness in schools.

As well as the Point of Light award, delivered to Rik by Leicester’s Chief Constable and Deputy Mayor, the organisation has been nominated for ‘Citizen of the Year’ by Leicester’s Mayor Ted Cassidy. The campaign holds two records for recruitment, the highest amount of people registered in both University and College events. 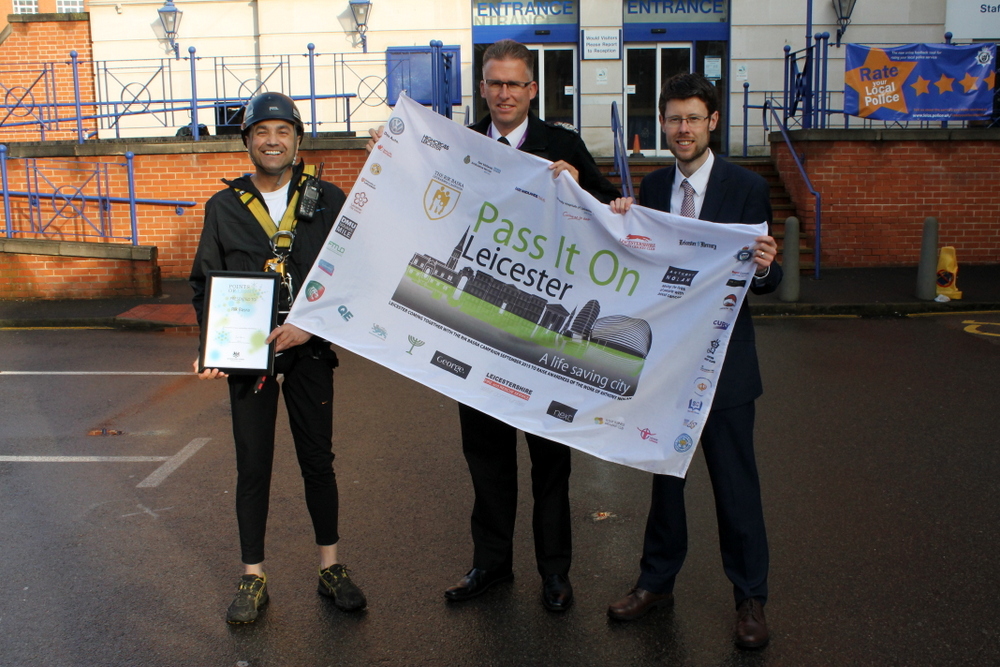 Continuing their fantastic work, in September of last year, they completed their biggest run of events yet during Blood Cancer Awareness month, where they held an event each day with corporations such as Leicester Mercury, George at Asda and BBC Radio Leicester. Rik noted that the awards they win and their recognised successes were not for him, but for the volunteers that help them run the campaign. He said: “Without the fantastic people of Leicester and Leicestershire, we couldn’t have done it. In Leicester in particular now, there is a real understanding and underlying knowledge around the issue.”

Leicester and Leicestershire are now second only to London for the highest amount of stem cell recruitments in the whole of the UK, expressing just how much the faith and hard work put in by Rik and the campaign really have made a difference.