Pukaar Magazine’s international reporter Andrea Waind looks at the struggle faced by women and girls on the other side of the world, who fight a battle every day just to get access to basic rights like education and freedom of speech. 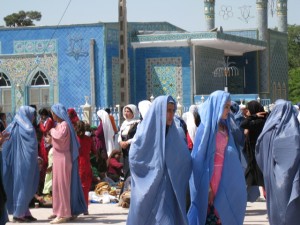 Malala Yousafzai, the 14-year-old schoolgirl shot in the head in a botched Taliban assassination attempt, is inspiring women everywhere to fight oppression. As she recovers at the Queen Elizabeth Hospital in Birmingham, campaigners for women’s education hold up placards saying ‘I am Malala’.

UNESCO says 32 million girls worldwide are not in education. Former Prime Minister Gordon Brown presented petitions with more than one million signatures to President Zardari and UN Secretary-General Ban Ki- Moon supporting Malala and calling on the Pakistani government to draw up an education plan. Amnesty International is calling on governments around the world to focus on girls’ rights to education.

Malala’s shooting united Pakistan with politicians and religious leaders across the spectrum leading prayers and Sunni clerics issuing a fatwa against the Taliban, saying an attack on a girl is un-Islamic. Thousands have signed an online petition calling for her to receive the Nobel Peace Prize and even the Taliban realise that their attack – on the school bus journey home to Mingora – has backfired spectacularly.

Malala’s anonymous BBC blog Gul Makai (Cornflower) became a symbol of resistance
to the Taliban and especially to its opposition to girls attending school. From 2007 to 2009 the Swat Valley area was under complete Taliban control. Women were forced to wear burqas and banned from going to market. The beheaded bodies of policemen were displayed in town squares.

“The decision to ban girls from going to school was choking me and I decided to stand against the forces of backwardness,” she wrote as 400 schools closed. She continued to blog even after fellow students identified her and the Taliban put her on a hit list and wrote: “I kept going because it was the only mission I had.”

The Arab Spring raised the prospect of improved rights for women but across the region education for girls remains patchy. In Egypt, women were at the forefront of the protests leading to President Hosni Mubarak’s downfall.

“Young and old, veiled and unveiled, educated and illiterate, they stood up and chanted
for change,” says an Amnesty spokesman. “However, when discussions on change and reform in Egypt began, they were excluded.”

The authorities banned them from the committee amending the constitution, passed proposals denying them the right to run for president and reduced the number of women ministers from three to one. Women won only nine seats in the parliamentary elections.

Women protestors received brutal treatment at the hands of security forces, including beatings and threats of sexual abuse. “Education is the key to combating gender discrimination,” says Mervat Tallawi, president of the Egyptian National Council for Women speaking at a UNESCO Let Us Learn gathering of 700 women from across the country.

Let Us Learn aims to educate marginalised women in rural and slum areas. Around two million Egyptian women have never attended school and currently twice as many girls as boys receive no education. Obstacles include social barriers and poverty; educating girls is often seen as a luxury.

Yet echoing Malala, 14-year-old schoolgirl Aya Magdy Abdel Hamid says: “I am determined to complete my education. I want to be a cardiologist when I grow up.” She is one of a family of six living in one overcrowded room in the Duwaiqa slum, home to one million people. 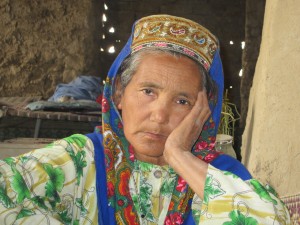 In Tunisia women are reaping the benefits of the Arab Spring, holding more than a quarter of the seats in the Constituent Assembly. Deputy Speaker Mehrezia Labidi, who describes herself as ‘Islamist and feminist’, is leading the call for women’s rights and secular law. Educational opportunities for girls are increasing in Saudi Arabia but women are still campaigning for the right to drive. Yemen was the first country in the Arabian peninsula to grant women the right to vote but almost half of primary age girls do not go to school and two out of three women are illiterate.

In Afghanistan two-and-a-half million girls are enrolled in school, women can work outside their homes and the constitution grants women and men equal rights. But Amnesty fears they could lose those rights as the government enters negotiations with the Taliban in preparation for the withdrawal of NATO forces.

“There cannot be national security without women’s security,” says Mary Akrami, director of Afghan Women Skills Development. “There can be no peace when women’s lives are fraught with violence, when our children can’t go to schools, when we cannot step on the streets for fear of acid attacks.”

Women’s rights are rarely enforced in practice and access to education and healthcare is limited. Women active in public life face the daily threat of violence. Amnesty says: “Afghan women fear that they will be abandoned and their hard earned rights sacrificed in the search for a political deal.”

Girls’ education has been hard hit by the Taliban and other armed groups who attack teachers and students and target girls’ schools. The Afghan education ministry recently blamed the Taliban for the closures of more than 500 schools in 11 provinces where they had strong support.

Last year there were 440 attacks and threats against schools, mainly arson, but also explosives, bombings and rocket attacks. A total of 125 girls at a school in Takhar province were taken to hospital following one of many instances of suspected poisoning. The victims, including 10-year-olds, complained of nausea, headaches and dizziness.

Police spokesman Khalilullah Aseer said he believed Taliban insurgents were trying to spread fear by poisoning the schoolgirls. The Taliban denied being involved. Amnesty says the motive behind these attacks is to make people afraid to use governmental services. “A common effect is that civilians are killed and injured and an already fragile education system is seriously undermined.”

A recent wave of attacks has led to some 30,000 students having to stay at home due to school closures. A pupil called Zhoreh said: “I went to school and saw the gates were closed and my friends were on their way home. An old man said, ‘Off you go, back home’ and I was really sad and went home. My father said armed men threatened to kill the students unless the school was closed.”

Malala’s father Ziauddin says: “Islam teaches us that getting an education is compulsory for every girl, wife, for every woman and man. Islam… motivates me to give education to my children because education is a light and ignorance is a darkness. And we must go from darkness into light.”