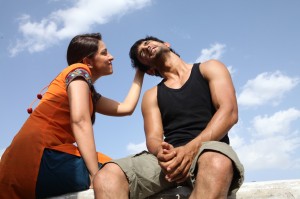 Based on Chetan Bhagat’s novel The 3 Mistakes of My Life, Abhishek Kapoor’s Kai Po Che is an emotional story about friendship, ambition, love and loss. The story is set in the middle-class world of Ahmedabad and we are transported back to the year 2000, just before the city is hit by the Gujarat earthquake and riots.

Aside from a few hiccups things seem to be running smoothly for the boys until the 2001 Gujarat earthquake hits the city. From here on onwards the trio seem go off into different directions as Omi takes up a senior position with the Hindu party, Govind focuses on recovering the business while secretly dating Ishaan’s sister, and Ishaan himself becoming obsessed with a talented cricketing youngster called Ali, who comes from the Muslim community.

As things go head to head and the men lose control over their lives, we see Abhishek Kapoor deal with sensitive subjects in a very mature way. You laugh with the characters, feel their pain, and will probably be holding back tears towards the end. The story is a little on the slow side but by no means do you feel bored at any moment. There is a certain documentary type feel to the film as fact and fiction are blended, and the use of Gujarati dialogue in between scenes really gives the film that rustic Gujarati vibe. Amit Trivedi’s music is also spot on! 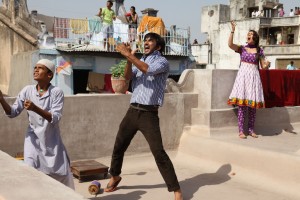 One of the biggest assets of the film is the acting. The actors have been cast perfectly. Amit Sadh is intense yet innocent as Omi, while Raj Kumar Yadav is perfect as the slightly awkward nerdy type. Sushant Singh Rajput is sure to sweep the awards board as ‘best newcomer’ with his portrayal of Ishaan. This actor is here to stay and will soon be giving some of the A-list Bollywood actors a run for their money. Finally Amrita Puri (Vidya) who got a great response from critics for her role in Aisha certainly delights again. She lights up the screen every time she’s given an opportunity and we could have done with seeing a bit more of her.

Films like Kai Po Che don’t come around often. So enjoy this one while you can. 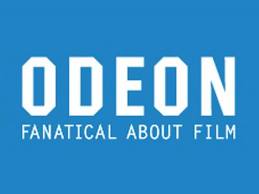 FROM HEADERS TO HEADPHONES

A WORLD WITHOUT POVERTY, INJUSTICE AND INEQUALITY