Rekhaben Prafulbhai Visram married Prafulbhai Narshidas Visram in 1981; she came from India, Navsari and settled in Leicester. Wanting to create something for herself, Rekhaben shares how she utilised her passion for cooking to start her own successful business.

It was back home in Navsari, India where Rekhaben recalls learning to cook. Gaining skills and tips from her mother, she grew accustomed to the various styles of Gujarati cooking.

When she moved to Leicester her love for creating home-cooked meals never faded, even if it meant staying up until 1am to feed her three children. It provided her with a purpose and satisfaction, which in turn encouraged her to explore a new business path. 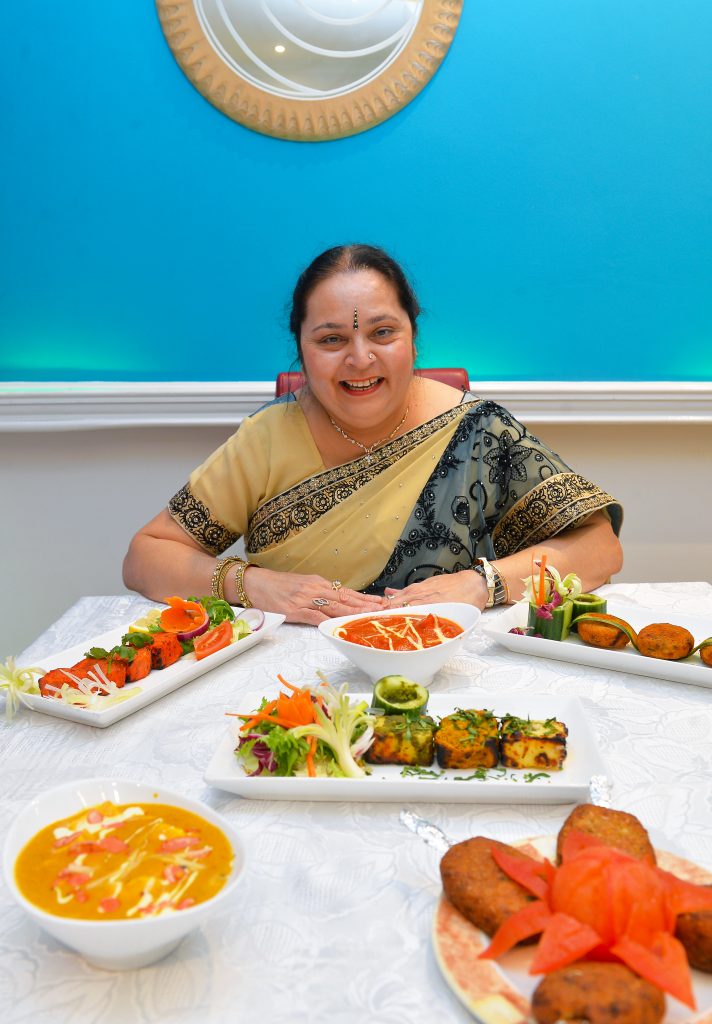 In April 2007, Rekhaben turned her passion into a profession and opened up her first catering unit. Here, with one other staff member, she made freshly prepared tiffin’s and offered a home delivery service for a cost of £3.50. The biggest obstacles back then, she recollects, was the transition from a jeweller to a caterer. Many people within the community questioned how someone who sold jewellery could become a professional cook. Rekhaben overlooked the negativity and persevered, which soon paid off as her client list began to grow. In the first year, her clients consisted of around 10-15 people, after which she was delivering over 100 tiffin’s around Leicester. As the business started to flourish, she recruited a further three staff members to meet the demand.

One challenging yet rewarding opportunity that stands out to the caterer was when she was approached by the Jain Centre in the city centre. For 10 days, she and her team worked tirelessly to provide food for 4000 people. Although they were making a large amount of food daily, Rekhaben, still to this day insist on being the only person to make the tarka (tempering of spices with ghee or oil). 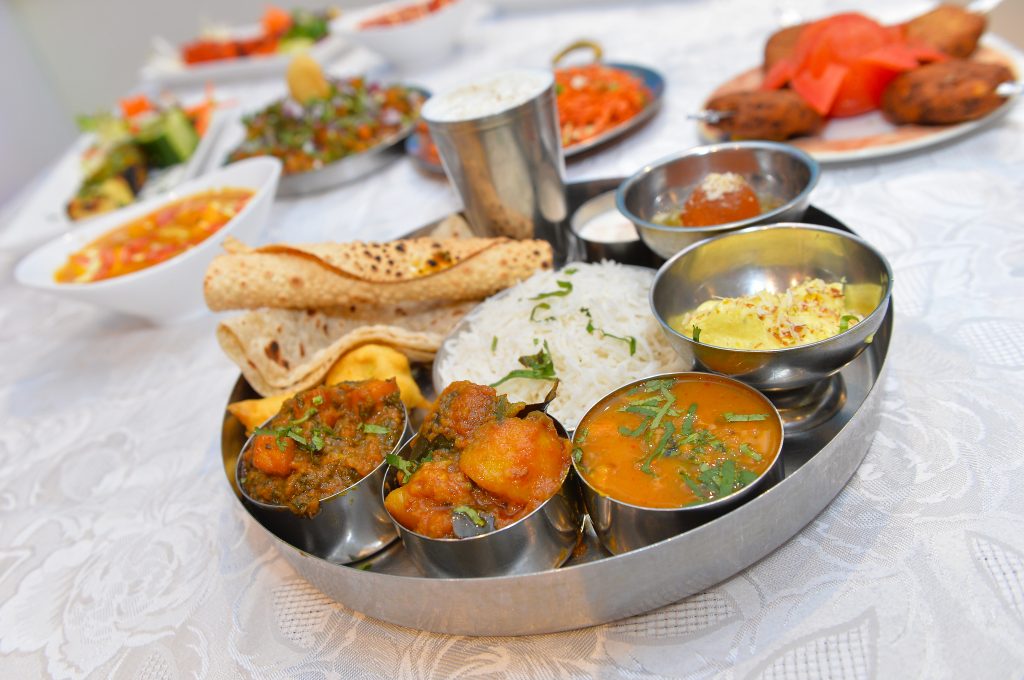 The amazing opportunity had given her a newfound confidence, and from there; she stopped the tiffin deliveries to focus on the bigger catering orders. Rekhaben took on parties and weddings around the country as well, as corporate work for local charities including Age Concern and Vista.

In 2012, she opened 4 Seasons Chaat House, a vegetarian restaurant on Leicester’s famous Golden Mile which offers a delicious fusion of Gujarati, Punjabi, and Chinese dishes. Over a year ago, Rekhaben expanded further and opened Sayonara 4 Seasons on the same road which also offers a unique mix of Indian and Chinese cuisine.

People from all over the UK were enjoying dishes cooked by the caterer, including MP’s who were invited to the Uganda reunion in Leicester. They loved it so much that in 2015, she was invited as a guest to 10 Downing Street. 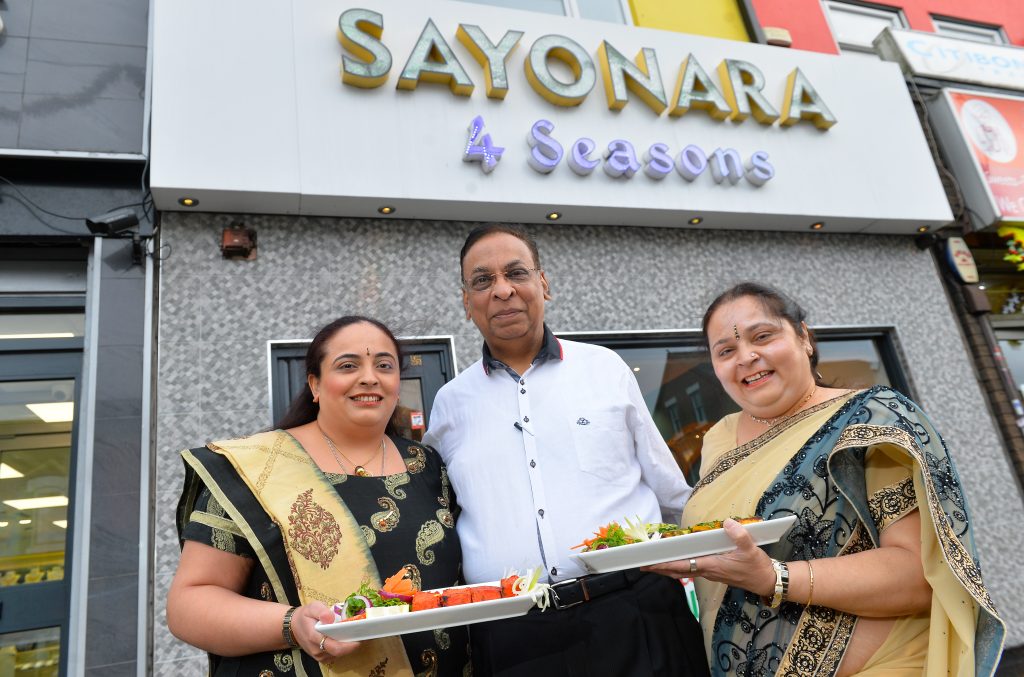 Rekhaben has proven that commitment and a driving determination to follow your passion pays off which, in turn, has rewarded her with a prosperous catering business and two restaurant’s, which she hopes to expand further in the future. She is a role model for her children who were inspired by her dedication and hard work that her oldest daughter Bansri Lodhiya and son-in-law Prashant Lodhiya now run a pizza shop called BJ’s Pizza on Melton Road, which is growing fast and becoming well-known all over the Midlands.