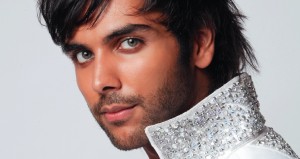 He’s a global television star with the Bollywood dance world at his fee t. We quizzed ‘Just Dance’ heart-throb Karan Pangali about his new projec t at Curve, whic h just might be the city’s showbiz coup of the summer.

Young, talented and blessed with the same attention-grabbing good looks of the Bollywood A-lister Hrithik Roshan, Karan Pangali was destined for stardom.

Last year global fame finally came a-calling on the classically trained, yet highly-innovative dancer, when he landed a place among the final thirteen contestants in the hit Indian reality show ‘Just Dance’.

Acclaimed Bollywood choreographers Farah Khan and Vaibhavi Merchant judged Karan the only UK dancer good enough to make the show’s final cut, with a set that convinced Farah he could even win the entire show.

In a whirlwind of excitement Karan hot-footed it to the show’s Mumbai studios, where he wowed audiences worldwide with his mesmerizing kathak and hip-hop fusion dance routines.

Since his five month run on Just Dance, Karan has enjoyed a pick of movie roles and international dance productions. His UK fan base has also exploded, as he first realised when he was mobbed by awe-struck Diwali revellers in Leicester’s Belgrave Road, during his first appearance since returning from Mumbai.

Remembering the astonishing reception he received from fans in Leicester on his first outing on British soil after exiting the show,

“ When my foot got injured the doctor told me I may not be able to dance for weeks, but I believe it was my focus and drive which enabled me to recover in just nine days.”

he says: “People were all addressing me by my name, checking to see if my foot was ok after my injury in the series and giving me unconditional love.

“Just Dance has definitely enabled the world to connect with how passionate I am for my art form. Life was already busy before Just Dance, running my own dance company – KSPARK entertainments – and dance school, but since the show my schedule has gone to another level.

“I have been invited to perform across the world, offered a lead role in a period film and been offered the opportunity to put together my own dance-theatre productions.”

The enthusiasm of the Diwali crowds made an obvious impression on this charismatic rising star, who shortly afterwards announced he would stage his very own dance production at Curve this summer. Called ‘The Dance of Bollywood’, this eagerly-awaited spectacular promises Classical Indian dance with salsa and hip hop, and the chance for fans to see Karan’s electric Just Dance routines in the flesh.

Describing how his time in Mumbai has rubbed off on this latest project, Karan says: “The competitive spirit of Just Dance definitely brought out the fire in me to work hard through tiredness, hunger, even through hospitalisation.

“I left Just Dance a more independent, wise and refined person and performer. Also the way work is done in India and Bollywood is the total opposite of how we roll here in the UK. You have to be able to go with the flow, be able to handle last minute changes and expect the unexpected and it’s a miracle if pack up happens on time.

“At the same time what I admire about working in India is the scale of their productions and their dedication to their work, it’s comparable to none.”

That same Bollywood dedication clearly also underscores everything Karan does. As he says: “I started dance at the age of five and was an extremely committed and enthusiastic student.

“I used to accept each and every opportunity to perform, whether it be a charity event, birthday party or local competition, and I was lucky to have parents who would make the effort to drive me to all my shows and classes.”

When the curtain lifts on “The Dance of Bollywood” at Curve on May 4, Karan adds another string to an artistic bow that already includes television star, performer, actor, model, choreographer and dance teacher.

What are the 24-year-old’s hopes for this latest project? – “It’s not every day I commit myself to creating a two hour live production and ‘The Dance of Bollywood’ is a one-of-a-kind production.

“I have never seen a show like this in my 23 years, in the UK, which showcases all the various facets of dance that have led to making the global phenomenon that is Bollywood Dance. I hope to see you all there to join us in celebrating this journey of dance.”