Perhaps there is something wordy in the water in Leicester after the announcement on March 16 that four of the books shortlisted for the East Midlands Book Award (EMBA) 2012 are Leicestershire-based. 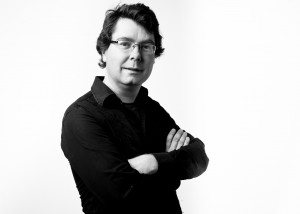 The shortlist was announced at States of Independence, an independent publishers’ event run by Five Leaves Press and held at De Montfort University.

EMBA, now in its third year, aims to showcase and promote writing talent from around the East Midlands. Judges this year are Writing School Leicester board member Mel Read, treasurer of East Midlands partnership body for library and information services Robert Gent and crime writer John Harvey. Mel explained the importance of the award: “It encourages fine writing and new, fine writers. The money helps to buy a writer time, it’s a lonely business and this draws writers together.”

Leicester-based writer Will Buckingham was nominated for his children’s book Snorgh and the Sailor and his debut novel The Descent of the Lyre for which he was shortlisted. “I think the East Midlands is a great place to write, there is a very friendly community of writers. Publishing has always been London-centric and to highlight there are writers elsewhere moves the centre of gravity away from London.” 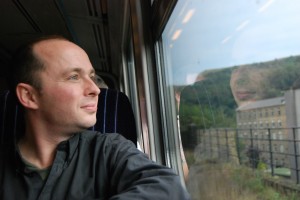 Graham Joyce is shortlisted with Some Kind of Fairy Tale, an adult-themed fairy story set in Charnwood Forest.  He said: “EMBA is an extraordinary award. The shortlist includes poetry, biography and fiction and I don’t know another award that approaches literature in this way.”

Leicester poet John Gallas wrote the Fresh Air part of collection Fresh Air, and the Story of Molecule outside, and is the only poetry collection featured. He said: “I’m happy and proud to be The Poet on the shortlist. All that holding down of pieces of paper in the rain and wind, all that happy sending off of finished poems into the Leicestershire skies tied to a sky balloon. It’s good to have that seen.”

The Lighthouse, debut novel by Nottingham writer Alison Moore has also been shortlisted. This follows her appearance on the shortlist for last year’s prestigious Man Booker Prize, bringing welcome publicity, sales not to mention a touch of awards’ glamour to independent publisher, Salt Publishing. 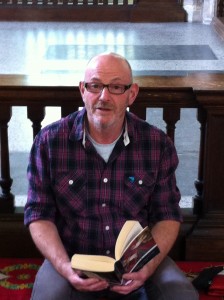 Loughborough-based writer Jonathan Taylor was nominated for his novel Entertaining Strangers, also published by Salt: “It is amazing how much good writing there has been this year and the standard of nominations as well as the shortlist is incredibly high. I’ve never so much as won a raffle, this is the first time I’ve been shortlisted for anything so I am thrilled.”

The winner will be announced at the start of the Oakham Festival at Barnsdale Lodge, Oakham on 20 June 2013 and will receive a cheque for £1,000.

Books shortlisted for EMBA 2012 are:

Will Buckingham, The Descent of the Lyre (Roman Books)
John Gallas, Fresh Air, and the Story of Molecule (Carcanet)
Graham Joyce, Some Kind of Fairy Tale (Orion)
Jon McGregor, This Isn’t the Sort of Thing That Happens to Someone Like You (Bloomsbury)
Alison Moore, The Lighthouse (Salt Publishing)
Neil Roberts, A Lucid Dreamer, The Life of Peter Redgrove (Random House)
Jonathan Taylor, Entertaining Strangers (Salt Publishing)

For a full list of nominations go to www.writingeastmidlands.co.uk/awards